The latest sci-fi reboot feels like an unnecessary and strange mix of the original, South Park and a raft of 90s references...

Quinn McKenna (Boyd Holbrook) is a sniper with a group of black-ops soldiers taking down a cartel in Mexico.  Unfortunately their mission goes wrong, due in large part to the crashing of what appears to be an alien craft in to the nearby jungle. After encountering its occupant, McKenna is the only human survivor, but as well-informed US Military forces close in, it becomes clear that while there’s interest in some of the recovered tech, there’s less interest in taking the chance Quinn will be able to tell his tale to anyone else. However before he’s captured, Quinn manages to mail some of the objects he found home… where he can collect them later. Given that he’s heading to a maximum-security prison, it might take a while.

Biologist Casey Bracket (Olivia Munn) is brought in to help analyse the now sedated alien life-form, but when it awakens, it escapes the facility. McKenna and some new found friends (who were also on their way to incarceration) must join forces with Casey to stop the creature, find the mailed devices (now in the hands of his special-needs son, Rory – played by Jake Tremblay) – and avoid being killed by either the extra-terrestrial or their own government in the process.

And if that wasn’t enough, there’s another visitor to our world who’s also honing in on the same targets…

When Stranger Things launched onto the unsuspecting public, it was clear that the Duffer Brothers were waxing nostalgic for the Eighties and the classics that had inspired them as kids – such as The Goonies, Stand by Me and The Thing. Watching The Predator it feels like Shane Black had a similar epiphany about that decade’s genre offerings and a need to revisit them, but his personal  flashback was to a particularly chaotic drunken frat party in which someone spiked the punch and accidentally mixed up the video tapes for Predator, Flight of the Navigator, ET and Debbie does Dallas.

In short, The Predator is a schizophrenic mess of ideas and tone that makes Justice League look like a singular streamlined work of art.

If one didn’t know better, it would be tempting to think The Predator was the work of two directors, their segments welded together against their will, fighting for dominance and both failing. Whether it was some of the questionable decisions Black himself made for the main story or down to the considerable amount of reshoots and apparent interference from the studio (that took place to restructure much of the last act) the finished movie veers around, never getting its bearings nor a firm footing. A foul-mouthed, R-rated blood-and-guts romp? That is certainly one way to go – and a notion that excited existing fans – and much of the first act leans in that direction. But the first trailer for the film highlighted the problem of how you marry that to also include a story about a cute, special-needs kid accidentally triggering an alien invasion and running around the neighbourhood at Hallowe’en with salvaged Predator armour and ultimately reconnecting with their dad. Possibly, just possibly, an episode of South Park could pull those disparate elements off, but otherwise it’s like asking Tarantino to take over the reins of a Chris Columbus film or Uwe Boll getting a crack at Mary Poppins.

Now, that’s not to say it’s completely terrible, nor that there aren’t a handful of redeeming features and clever ideas in the mix. It’s simply that due to a variety of reasons, the finished product lacks any consistent throughline and is packed out with elements that collide or implode in a ‘see what sticks’ mentality. Yes, there’s an obvious deep love for the source material on show here – with a raft of verbal and visual callbacks to the previous entries – but while the choice of Black to helm the reboot seemed more than solid in theory (back in his acting days he was one of the ill-fated soldiers in the original jungle-based outing and as a director he’s now a dab hand at ridiculously over the top shenanigans that don’t take themselves too seriously) it’s disappointing to discover that the finished film is simply not the sum of its alien hybrid parts. I’ll always make an effort to see a Shane Black movie as they often fly in the face of safe, formulaic fare and I’d rather see a film that takes chances  – it’s just that chaos can be fickle.

The cast are perfectly decent but not required to do much but quip, swear, cast doubt on the legitimacy of your mother’s love life and fire big weapons. Big blockbusters have thrived on less. Boyd Holbrook might feel like fifth choice back-up on a  ‘Can we get..?‘ casting sheet, but he’s actually perfectly decent at what he does, here acting as a lynchpin for all the other characters to pivot around. After his memorable bad-guy turn as Pierce in Logan, he probably deserves a breakout hit at some point – but this simply isn’t it. Olivia Munn is something of a marmite performer, a comedy performer turned actor whose television appearances include The Daily Show and The Newsroom but less memorably essayed Psylocke in the most recent X-Men outing and got into hot water after claiming she did most of her own stunts. Thomas Jane, Trevante Rhodes, Keegan-Michael Key, Augusto Aguilera and Alfie Allen make up the quirky mercenaries with Sterling K. Brown as the chief big bad amoral scientist (Edward James Olmos would have been the bigger bad, but his role was snipped completely out of the finished running time). The Room‘s Jacob Tremblay is the young, possibly autistic, Rory with Chuck‘s Yvonne Strahovski as his mother / Quinn’s ex. All of them are largely one-note characters defined by the jokes they tell or the insults they hurl.  Back-stories are limited and sometimes contradictory, but again, it seems more than likely that that lack of dimension is partly due to a slew of cut and reordered scenes.

The addition of ‘The…‘ in the title is usually a way to say you want to give the definitive take on the subject, but The Predator feels like the opposite, more like an unnecessary aside, a tribute band to the main act which will pass the time but offers nothing particularly new. Shane Black should have been able to deliver a movie that at least pleased one demographic, even if it didn’t win wholesale box-office approval. And as a matter-of-fact actionfest it largely hits most of the beats needed. But by the time the credits roll – after a third act where you’ll lose track of who lives and dies and an epilogue scene that was quite obviously shot separately and feels like it strutted in from an entirely different movie – you’ll likely neither love nor loathe this entry… which is perhaps the most damning thing you can say about any production. And that’s a real shame. 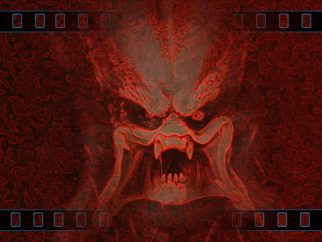 Bullock’s ‘Bird Box’ is a Quite Familiar Place…