The CW reboot of the Chuck Norris original hangs its hopes on one lone star, but the rest is a mess...

Cordell Walker has a beautiful wife and kids and a career in law enforcement, but when his wife is murdered he’s unable to handle his grief and heads off on an undercover assignment. Nearly a year later, he’s back in his native Austin, Texas and wanting to pick up the life he had. His wife’s murder is still unsolved and it’s clear that Walker’s return to his job and old life won’t be simple. His old partner is now his boss, his brother has stepped in to help raise the children he essentially abandoned and his family are unsure about merely picking up life where he left off. But Walker wants to try and he’s going to give it his best, aware that some hard decisions are on the horizon.

But when the opportunity comes to head up an anti-cartel task-force, which would mean moving on again, how will Walker assess his priorities? Either going or staying is going to require some soul-searching amidst the law enforcing…

Walker, Texas Ranger  ran on CBS from 1993 to 2001 and was, in some ways,  both the last milestone for Chuck Norris before he settled into the political pundit and meme-hued twilight of his career  and also the last breath of simplistic and less complicated television drama. The Noughties would become more cynical, gritty, nuanced, angst-filled and procedural but until then Walker, Texas Ranger resolutely remained the template for cowboy-hat law-enforcement even when the choreography and scripts began to creak.

This new incarnation has different problems but they are equally to do with tone and demographics. The CW has made its niche with putting good-looking young people in dangerous and sometimes fantastical situations to help them work through their angst. But in this new incarnation circa 2021, the teenagers are merely the window-dressing with Jared Padalecki as star – Supernatural‘s wayward son turned into Walker‘s wayward father and the middle generation of a multi-generational family touched by tragedy.

The shortening of its title, dispensing with the Texas Ranger moniker ( though its still in the DNA of the show) is no accident. Coming at a time when real-life America is struggling to find its soul again and anchor its feelings about values, the police and race, the show seems to want to simultaneously embrace and distance itself from the unbending original series and yet does so in a mess of contradictions and bullet-points. Chuck’s unapologetic furrowed-brow embodiment of life, liberty and the pursuit of happiness is replaced by Jared’s furrowed brow of confusion and frustration – a character who ran away from his family (including two children) in the wake of his wife’s unexplained murder to work undercover on something non-related to her death. Nearly a year later he’s back, wanting to pick up the pieces of his life (though more eager to drink alone than rush home) and finding that people weren’t maintaining their holding-pattern for him.  Walker is now a man who holds his feelings in… until he doesn’t (one fast-mouthed low-life gets a pummeling far beyond normal procedure for which the ranger is reprimanded) yet also seems willing to help out when his daughter’s friend faces her family being deported. We find that Cordell’s brother Liam (Keegan Allen) is a gay conservative who was just promoted to assistant district attorney (though it’s only referenced in a ‘My Two Dads’ aside) and Cordell’s new partner (who first busts him for being drunk) is Micki Ramirez (The 100’s Lindsey Morgan) who is conflicted about her job and promotion and how it strains her relationship with her latino family. It feels like a list of bullet-point elements specifically designed to say ‘We’re tough but in touch with our feelings…’

The lukewarm pilot, with its lip-service to an unremarkable ‘case of the week’ doesn’t do itself many favours and simply acts as the springboard for the role-call of its regular cast. For many genre tv fans, Padalecki will forever remain Supernatural‘s demon-battling Sam Winchester and so his first role after that show’s delayed finale unsurprisingly brought in decent numbers for this week’s debut. But there seems little else to keep them around and Padalecki basically goes through the motions of a meandering script… though his baying howl at the heavens as he hears his wife Emily  – played by real-life spouse Genevieve Padalecki – dying on the other end of a phone calll, is almost comical in its over-wrought delivery).  The supporting cast are okay, but equally unmemorable, introduced through wordy exposition that often feels less than organic. Walker’s parents (Molly Hagan and The X-Files‘ Mitch Pileggi) and kids August (Kale Culley) and Stella (Violet Brinson) do little more than offer softball emotional barbs and homely course-correcting advice that never gets near the real root of the problems – though apple-pie and new living-quarters above the barn seem to forestall any real turmoil.

Essentially Walker is not so much bad as simply bland and harmless, a reboot in cowboy boots  and destined to laconically fill a time-slot with the sum of its parts that never come together convincingly. Whether Padalecki’s fans alone can keep it afloat is questionable, but there have been plenty of shows that found a firmer footing after an iffy start so maybe there’s still some time for this Texan to extend its range. 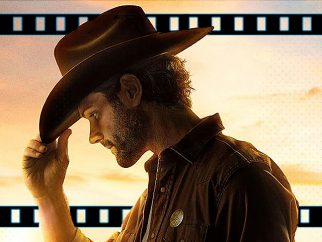