The Last to Go: Snowpiercer changes the rules of engagement…

Marriages and carriages: As Layton plans an intercept, Wilford uses holy matrimony as a test of loyalty...

As Layton divides his time between the practical restrictions on the Engine and visions of a new home in a thawed Africa, there’s time to find out more about Asha, the woman they discovered in the frozen wilderness, the last survivor of an old outpost.

In the meantime, Wilford uses the engagement of two of L J Folger and Ossweiler as a distraction for the train’s inhabitants and the means to consolidate his own power.  But as he tests a device he wants to use against Layton, Ruth, one of the people who had previously been a loyal acolyte, is moving against him and even her capture may not stop events unfolding that threaten his hold on the train…

It seemed from the season trailer that the main threat could be a bomb built by Wilford to ensure his victory or revenge depending on events. So in a surprising move, the introduction of the EMP device (for that is what it actually was) was accompanied by a successful trial run, the understanding that it’s not meant as a final solution but an effective weapon to use against his enemies and – later – by what appears to be its disposal.  That’s quite a sudden move and somewhat a case of misdirection, removing a major piece from the game so soon after we see it. Despite its explosion being the story beat that gives Layton a marker for where the other train is travelling, it’s an indication that this season won’t be resting on its laurels and is still capable of pulling out the rug (or tracks) to leave you wondering what else is to come.

Alison Wright as Ruth has slowly become a major character, changing from fawning acolyte of an unseen Wilford into a person who has realised the sordid reality of the actual man and is no longer afraid to stand up to him – even if it costs her a limb or her life. Though her decision to give herself up to Wilford to secure that the others have time to dispose of the EMP device seems somewhat flawed (it was a big gambit to presume that the sycophantic Colin wouldn’t want to check the security of the device after Ruth was found in such close proximity) it does allow some powerful scenes between the superb Wright and Bean that are some of the best in the episode. Ruth’s fate is averted (or delayed) at the last minute and one hopes she’ll be around for some time to come, though this is a show that despite its resurrections makes few promises about survival. 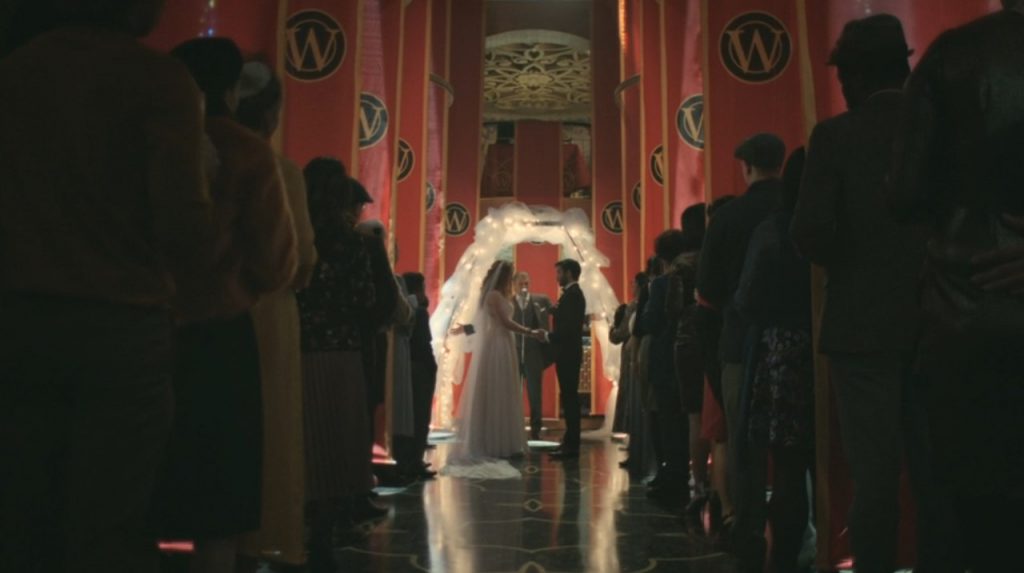 LJ Folger (Annalise Basso) and John Osweiller (Sam Otto) are an interesting couple and though Osweiller has previously been shown as a somewhat amoral opportunist, he is now definitely more sympathetic, firmly in the shadow of his bride-to-be (whom we discovered in Season One had a penchant for slicing members of the train, literally). Their decision to get married comes out of nowhere and is perhaps unrealistically rushed into a ceremony that seems very grand for something arranged in mere hours (seriously, how did those flyers get made and distributed?). Wilford sees it for the propaganda event he needs and it quickly becomes more about him instilling loyalty from his minions and ‘passengers’ than any true altruism towards the ‘happy couple’. Wilford knows how to grab the attention he needs and does so in a mutually uncomfortable chat with Osweiller – something that could also bring tears to your eyes as a viewer.

Despite a fairly closed-world concept, each season manages to bring in some new faces (and lose others…. just where is Jaylin Fletcher’s young Miles – most likely, the actor having grown up and out of the role). Back on the Snowpiercer engine and its far fewer carriages, we have a more formal introduction of the new main face, Archie Panjabi’s Asha, the lone survivor brought in from the cold. After years away and many of them in solitude, one might expect her to be less coherent than she is. In many ways she’s a blank slate – we have to take her backstory at her word and she has a lot to catch up on regarding events on the trains. She’s aware of the Snowpiercer’s existence as a concept but not its continuing and troubled journey and it’s a cautious trust as she and Layton relate their stories. It may well be that she’s not yet the firm ally he needs.

After an entry that tips between human drama and more abstract, stylised scenes (including Layton’s visions), the final moments of the episode see the two trains suddenly running parallel to each other and there’s the feeling that this is a locomotive-variation on two pirate ships about to duel on the high seas. We’ll see the results of that next week, though, as things usually go on Snowpiercer, it will only be the start of further drama… 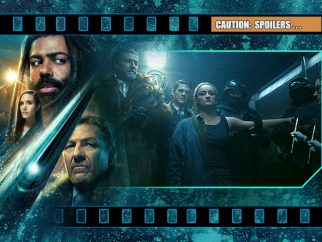 This is the way, back. Outsourced Mandalorian Books nostalgic return…