Short on time, food and hope, Jennifer Connelly's Melanie struggles against her ghosts to complete her mission...

While the power struggles aboard Snowpiercer are heating up, the struggle to find a more basic power source is the one troubling Melanie as she crosses the icy landscape to get to the base housing the tracking system. Finally getting to the frozen base she finds the remains of its crew – a family who took varying ways out of their last moments – and a way to get the computers up and running.

But with her supplies lost or dwindling it seems impossible she will be able to last the month needed to co-ordinate the satellite trackers that Snowpiercer is launching.. and so desperate measures are needed. Even if hope of rescue dwindles, Mel is determined to finish her mission, whether she survives it or not.

But with her strength failing, Mel is visited by some familiar faces from the past – are they there to help or hinder?

For a few weeks now we’ve anticipated that the show would be serving up a Melanie-centric episode that would  focus on her potential-suicide-mission to get satellite information on the potential thaw and which would work in parallel to events currently happening aboard Snowpiercer. The aptly-titled ‘Many Miles from Snowpiercer‘ does just that, but essentially expands its coverage so that it runs from the moment of Mel’s arrival at the isolated station and – as is obvious by its ending – becomes a bystander to events we’ve yet to see from aboard the train.

Connelly is a veteran actor now and is able to handle this almost-solo spotlight with aplomb, though thanks to hallucinations caused by lack of food and warmth, we do get ‘guest-spots’ sent to help or torment her psyche. The obvious mainstay is her mentor and nemesis Wilford who chastises Mel and picks at the edges of her self-reliance and guilt. (For the first time since brief glimpses in the pilot – and courtesy of Mel’s flashbacks – we get to see slightly wider events at the start of the train journey, the truly despotic decisions Wilford makes in the moments ahead of departure and which leave us in no doubt of his depravity ad ego.) But there’s also Daveed Diggs’ Layton often reassuring words about tough culinary decisions and – importantly – daughter Alex (Rowan Blanchard) offering an imagined but still heartfelt mental reconciliation.

It’s the kind of episode where lesser series might have had some sort of survivor play a cat and mouse game with Mel around the base, but she’s most definitely alone on a human level unless you count those ‘ghosts’. Mainly the episode is about the power of human will – we get to see Mel the engineer, statistician and Ice Age MacGyver flex her muscles on an internal and external level. She’s an accomplished multi-tasker: working out how to get systems online, making the most of meager facilities and even working out a pully-system when the antenna goes down at a key moment.  She’s the kind of person you’d want to get stuck with if you happened to be caught in a snowpoaclypse of global proportions. Yes, the discovery of a highly-convenient thermal vent with tasty rats adjacent to the base is all kinds of contrived convenience, though it was yet another  good example of Mel’s acuity that she didn’t merely munch on the errant rodent, but finds a way to track it back to its nest and get a further supply of ‘nourishment’.

In that sense, story-wise very little happens – but Connelly, director Leslie Hope (now becoming a serious director of note, but once better known for her acting roles in the likes of 24 and NCIS) and the production crew make it all come together in a way that proves a highly effective hour by stripping down the usual hustle-and-bustle packed ensemble and leaving the  core concept: survival… whether it be now in the icy wastes or in the beginning with one fateful decision to ‘hijack’ the train and set the wheels in motion.

And what of that ending?  It’s clear that whatever happens between the end of last week’s episode and the end of this chapter certainly hasn’t gone to plan aboard Snowpiercer. The train screeching along the tracks at full speed but with brakes applied? Alex aware that she’s just missed the pick-up point and possibly the one and only chance to save her mother? Mel, almost out of heat, power and food, now doomed to die (though as she has the tracking data, one would pragmatically hope not?). 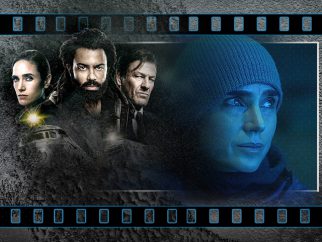