Melanie's power is threatened, but will the 'trial' help or hinder her ability to keep control..?

The trial of LJ Folger (Annalise Basso) begins with plenty of people already deciding what the outcome should be. Pressure is put on Melanie (Jennifer Connelly) from the likes of LJ’s  rich and powerful parents but also from the less rich, but still highly influential Audrey (Lena Hall), mistress of the Night Car… each with far different priorities. But as Melanie struggles to walk a line that will keep order on the train, can she maintain her position and secrets?

In the kingdom of the blind, the one-eyed man may be king, but for all their influence, will Robert Folger (Vincent Gale) and Lilah (Kerry O’Malley) be able to swing the verdict? And with unease and dissatisfaction felt in every ‘class’ on the train, it seems the question will be not IF there’s a revolution coming but WHEN…

In Justice Never Boarded, Layton (Daveed Diggs) has a back-seat, or more accurately ‘table’ as he’s kept for the most part in cold storage, though we do see him experiencing visions and possible guilty-secrets of the past that speak to just how the Tailies managed to survive in the early days. It is interesting that in a trial for a murderer that Layton himself uncovered,  his absence from the proceedings  and witnesses wasn’t more noteworthy to the participants, though it’s also likely that his contribution might well have been downplayed and with the (false) excuse of him supposedly being back ‘down-train’.

In an episode that feels more like a standard procedural legal show with a surreal twist, Annalise Basso continues to impress as juvenile murderer, penis-collector and general dictionary-definition psychopath.  Her LJ Folger  swaps between ingenue victim when in front of the crowds and cold and calculating monster when away from the masses. Her parents, Robert and Lilah, are a more quiet kind of monsters, morally-compromised and socially-viscous/vicious and who could have benefitted more by being less forgiving of – and keeping a firmer eye on – their daughter…at least before she stabbed daddy in the eye during a tantrum years before. (And the fact she likes sucking that artificial eye and he lets her…. is just. plain. wrong. On so many levels).

The slight wrinkle in the narrative is in just how long Melanie has been able to keep up the deceit of Mr.Wilford being in control of the train. It’s not clear for how much of the seven years of the icy escape that she herself has been the guiding hand, but it feels unlikely that her word would have been taken as gospel for so long by the First Class passengers, some of whom are so eager to conspire against her now. But it’s also  clear she has the gift of nuance in her gate-keeping: even when being brutal. Though eventually cornered into a compromise with which she’s less than happy she otherwise manages to keep a fragile balance, knowing when to bend and sway to some demands and not others to keep society running. In the case of the final verdict here, she may still find herself painted into a corner and neither she nor we are sure how much LJ knows.

Elsewhere, away from the ‘courtroom’, Josie makes another secret trip u-train, though is compromised by drug kingpin Terence (Shaun Toub), but eventually locates Layton and we get to see Bess (Mickey Sumner) and Jinju (Susan Park) agreeing to cohabitate, though that’s surely put in jeopardy by episode’s end. Each development feeds into the idea of hard choices that are likely to be made in the last half of the season…

Like several shows recently, it’s also impossible to ignore some subtext and pointers towards real contemporary life and issues and certainly there are moments and dialogue in this episode that show each of the ‘classes’ has a distrust in the others, with only the most rich and powerful class believing that their status should excuse them every sin, even – or especially – if the only inconvenienced are the poor. That’s not to say that there aren’t foibles and prejudices at work elsewhere on the train but with the dangers of the tribunal being seen simply as a show-trial, it’s all exposed  in acute societal relief. The outcome has various twists and turns, but a cynic might argue that it was all set ins tone (or ice) before the verdict came in – and the only question is how everyone will react. 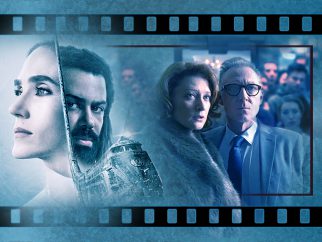