Anticipation is growing for the new era of Hellboy and NYCC crowds have just had a preview...

New York Comic-Con hosted a raft of announcements to rival its West Coast cousin, not least of which is some rather nifty artwork for next year’s re-imagining of the Hellboy franchise.   Stranger Things‘ David Harbour takes the title role in the film which will be released in April. Ian McShane assumes the role of Professor Trevor Bruttenholm (played in the original two movies by John Hurt) with Milla Jovovich as the villain of the piece Nimue (the Blood Queen) with Sasha Lane as Alice Monaghan, Penelope Mitchell as the witch Ganeida, and Daniel Dae Kim as Major Ben Daimio. Ed Skrein had originally been cast as Daimo but bowed out after he agreed with the considerable backlash of an Asian character being ‘whitewashed’ with a caucasian actor. 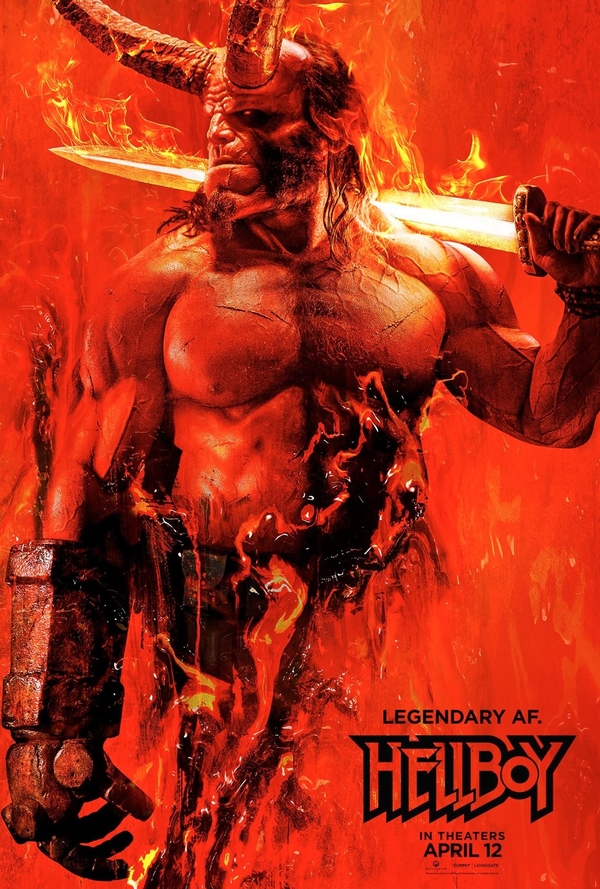 The project was initially envisaged as a third movie with the original team but there were creative differences. There was some initial skepticism when the decision was made to go forward with a new Hellboy film without original star Ron Perlman and director Guillermo del Toro. Del Toro apparently did not want to use a script by Hellboy creator Mike Mignola and Andrew Cosby and would only return if he penned the script himself. Perlman confirmed he wouldn’t return unless del Toro was involved. However, the new film – directed by Neil Marshall – is being made with thefull co-operation and blessing of Hellboy creator Mike Mignola and arguably skews closer to the original source material. All the imagery and details about the 2019 version seem to have helped assuage some of the fears and there’s a growing anticipation for the production.

During a Saturday panel for the film, the cast and crew showed some footage from the film and confirmed that the new Hellboy increased the horror aspects of the title. Harbour joked that while he liked films such as Infinity War, he preferred the more practical effects on set. Pointing at the poster image of him in full prosthetics he noted:  “That monster you see there [on the poster] is what we saw on set, except for the flaming sword on my shoulder.”

Roger, Over and Out: ‘Lethal Weapon’ loses second lead…