It's a back-to-basics process for an all-new 'Hellboy' feature... 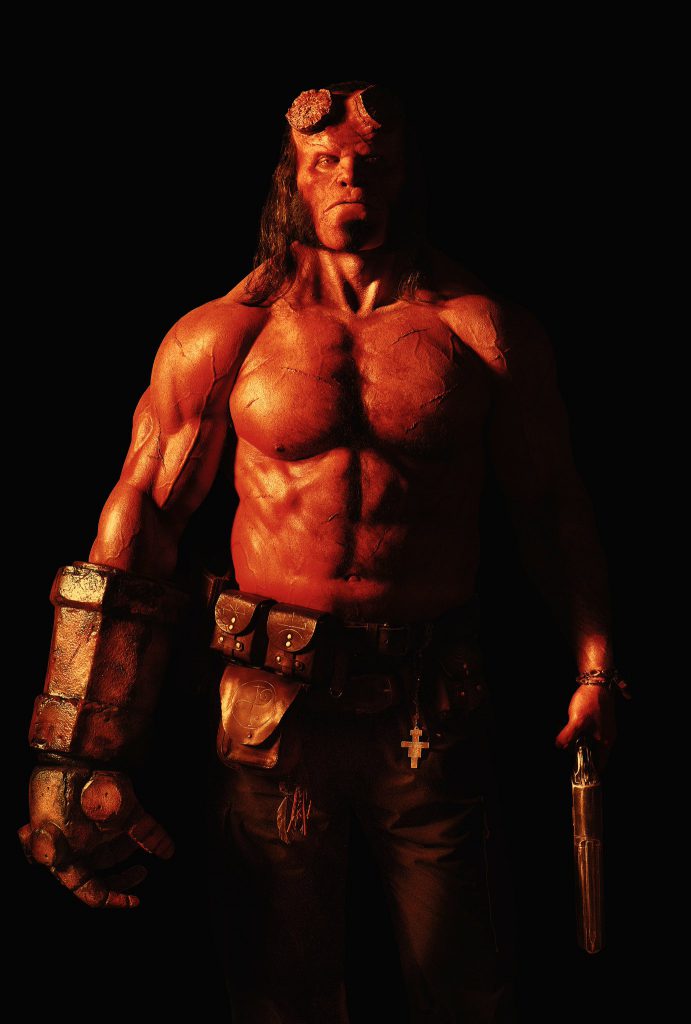 There was surprise in some quarters – in other quarters less so – when the announcement came some months ago that there would be another Hellboy movie but that it would not be coming from the same creative team that had created the first two films. Despite some presumption that both director Guillermo del Toro and star Ron Perlman would be involved in more on-screen adventures of the iconic Mike Mignola-created comic-character it was instead announced that there would be a new creative team and star (though Mignola remains involved).

And we’re now getting our first look at star David Harbour (The Newsroom, Stranger Things, Suicide Squad) in full make-up for the title role. The first thing one has to say is that the essential look of the character has largely gone unchanged (except perhaps a little more hair), but it’s still a striking look – so why mess with a good thing?

The cast includes Milla Jovovich, Ian McShane, Sasha Lane, Penelope Mitchell and Daniel Dae Kim stepping in to the role of Ben Daimio (with Ed Skrein having vacated the role after acknowledging the controversy over another Hollywood production ‘whitewashing’ a traditionally Asian character). Kim and co-star Grace Park recently left the hit series Hawaii Five-O after a well-publicised disagreement over equal pay.

The film is being directed by Neill Marshall – also known for his work helming the likes of Dog Soldiers, The Descent, episodes of Game of Thrones, WestWorld and Black Sails – is due for release later next year.