Cold Open. It's getting harder to tell the 'good' guys from the bad as TWD blurs the line...

It’s a storm on multiple fronts as various confrontations boil over. In Meridian, Leah and what’s left of the Reapers launch a major defense of the compound, seemingly ready to overpower Daryl, Maggie and Negan with serious firepower and literal fireworks. In Alexandria itself, the weather looks to have complicated an already precarious situation as the walls are further breached by hungry walkers and the basement where Judith and Gracie starts to flood, trapping them between two deadly threats.

Daryl attempts to broker a situation in which there’s no more bloodshed on either side of the Meridian battle, but is that possible with feelings running high and the powerplays shifting by the moment…

The Walking Dead‘s return this weekend (or, technically, the previous weekend if you’re an AMC+ subscriber) was after a shorter break than most. However, this second of divided-into-three runs for the final season certainly catches up with the various cliffhangers we had at the end of last year. Perhaps more importantly two very distinct factors come into play.

The first is a palpable nihilistic-shift in proceedings. The Walking Dead has arguably become more and more cynical over the years, often killing-off or writing-out major characters and certainly not being afraid to ‘off’ people at unexpected moments. But it’s the survivors who seem to have colder and colder blood running through their veins and bleeding out of not quite-mortal injuries.  Far from achieving any kind of real balance and hope, not to mention a long-lasting, post-apocalyptic utopia, the longer characters have been around, the more weathered they get. Carol and Daryl, the only on-screen survivors from the first season, have both been through their respective crucibles and haven’t come out undamaged. Negan of course, is the king of pragmatic survival and though he’s been the series worst villain, he’s often been the thug speaking truth unto power. Usually, however unsubtle and cold his reasoning, he’s the most honest – never pretending to be anything other than he is.  Look around and the supporting cast are also having their optimism chiseled away, losing their loved ones or being forced to do bad things for good reasons. it’s both the secret of good drama and a reason for fatigue. 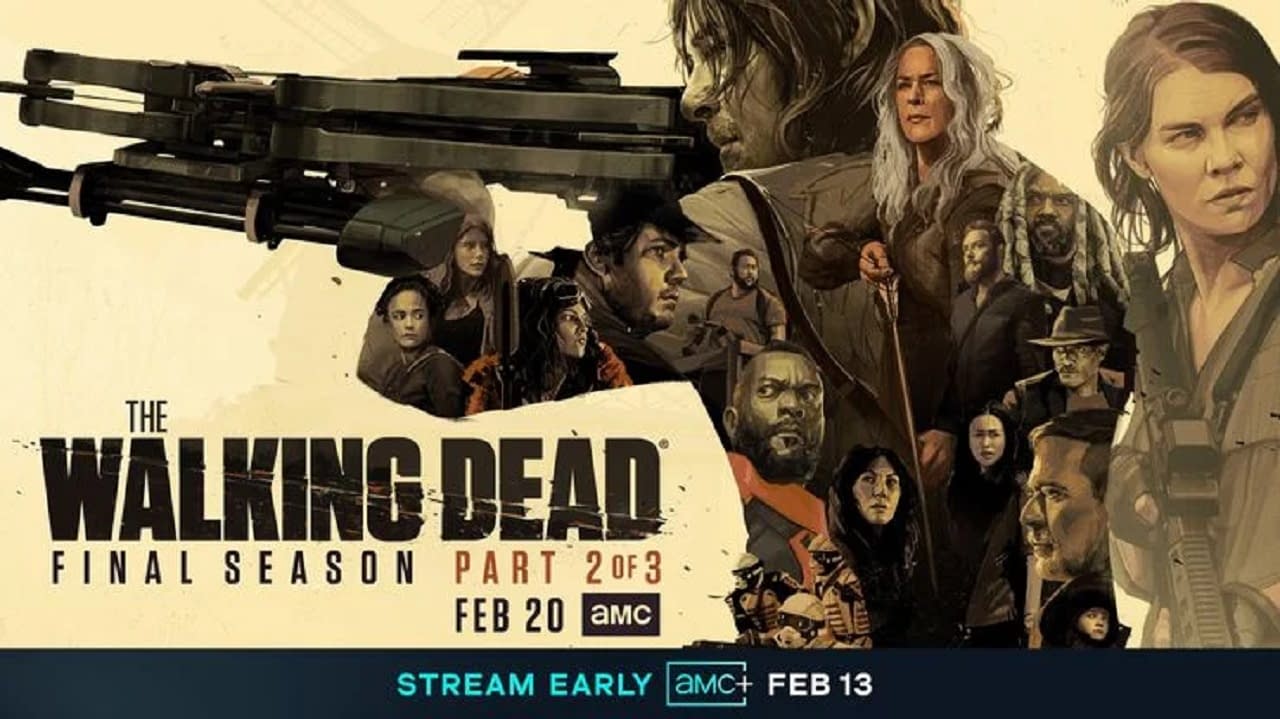 Over time, our heroes have become murderers – that much is undeniable, killing not just to survive but when it’s down to personal grievances and when there are other options. Gabriel (Seth Gilliam) has a heart-to-heart with the Reaper’s holy man, comparing notes on talking with the Divine. But just as you think this might be a ‘Come to Jesus…‘ moment to put Gabriel on a less Old Testament footing, he stabs his unarmed opposite-number in the chest before acting as a sniper. Lauren Cohan left the series to headline Whiskey Tango, the short-lived caper-comedy and returned when the latter failed to find its audience. So some of Maggie’s development happened off-screen – becoming a leader with a harder edge had an understandable throughline given her on-screen story, but on her return she was more pro-active than she’d been before her departure. This latest episode took her further than before. Towards the end of the episode and in a marvelously shifting power-play that went one way then the other, she shockingly goes against Daryl’s deal to have the two sides go their separate ways rather than have more bloodshed. She openly murders the remaining members of the Reapers (only winging Lynn Collins’ Leah). The Reapers might be savages, but there’s no other way to describe Maggie shooting them in the back as they walked away. It’s perhaps the reason that Negan himself decides to put some distance between himself and the group… the series has swung between Maggie’s motivations (declared and understandable) to kill the man who beat her husband to death with a baseball bat in front of her and her own understanding that, in the years since that event, Negan has also saved the lives of people she cares about. If he didn’t leave, the final scene between Negan and Maggie could easily have been their last forever with a fatal outcome for one or both. Given that Maggie, in her own way, is now as savagely practical as Negan (if still loyal to her friends), a parting of the ways is needed for their stories and the series as a whole.

The second factor is one of the show’s notable time-jumps – a device that shifts the ground under the feet of the audience and then fills in the blanks. in the closing moments, Eugene arrives at the gates with Commonwealth troops and appears to strike up a friendly conversation and offer from the Commonwealth, we move on six months and find a far less stable community once again meeting troops at the gate, this time with far less enthusiasm. The reveal that it’s Daryl leading them is obviously the surprise. Though it’s a shock, it’s also tempered with realism. There’s no way Daryl’s really gone over to the dark side (he has form for going behind enemy lines and subverting them) or will fight against Maggie and Co, so the strength of the story will not be in having him as an ‘enemy’ but in why this event is happening and what the reality of the circumstances are. Whether the show will jump between the two time frames or not isn’t clear (after all, the last we saw Eugene he wasn’t exactly their favourite person either) but expect a lot of groundwork to start in the next outing to join those dots.

Elsewhere we have Alexandria facing a deluge of rain and zombies. It’s all close-quarter combat that genuinely amps up the tension well. Ross Marquand’s Aaron looks to be a goner after rescuing Judith and Gracie from a flooding basement but somehow manages to get out (the episode cheats a little here as Cassady McClincy’s Lydia arrives to help, but it’s never shown how Aaron actually makes it across the basement’s breaking support structure).

It does feel as if the previous episode ‘For Blood‘ and this week’s ‘No Other Way‘ could have had their titles swapped for content, but The Walking Dead continues to wind its way towards that conclusion at the end of the year and various continuing or new spin-offs thereafter. The journey will be as important as the destination, but so far the scenery is good enough to keep watching… 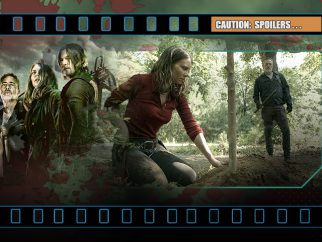 A Cat and Mouse Trek, but Discovery doesn’t cross its ‘Rubicon’…