"I wanna be sedated?" Can a bed-ridden Starling talk her way out of a a sinister hospital ward...

After the events at the end of the last episode, Clarice finds herself strapped to a hospital bed, trying to remember all the details that led up to her predicament. It appears that Marilyn Felker has been masquerading as her twin sister Luanne Felkner, the woman that Starling and the ViCAP team have been trying to locate. But she doesn’t appear to be the main culprit, merely an unbalanced, traumatised lackey and her superior wants her to find out how much the FBI has managed to put together so far.

As the attempts to get Clarice to reveal details of the investigation intensifies, the agent slips between her current dangers and elements of her own past trauma: childhood terrors on her family farm, the loss of her father and her recent encounter with Buffalo Bill.  Can Clarice hold on and work out a way to escape as the ViCAP team try desperately to piece together her movements and reach her before it’s too late…?

Though well done – with director Chloe Domont once again making the best use of limited locations – and tonally strong throughout with some really great touches, moments and performances that reflect the quality of the series as a whole , this is the first episode of Clarice which feels just a little padded in its narrative: essentially Clarice lying in a bed and having some hallucinations while her team work out where she went. It shouldn’t need a lot of detective-work to find her yet it requires her colleagues to discuss she might be at the hospital, visit the hospital, leave despite suspicions, have another discussion and head back… just in time.  Two things help lift Get Right with God beyond those plot-point basics. Firstly Rebecca Breeds’ performance as the bed-bound Starling holds the attention even with limited movement and it’s quite startling how young Breeds can look in some of the flashbacks to the past. (Maya Elizabeth McNair as the even younger Clarice is also impressive and confident, though she could also pass for a young Ruth Wilson). Breeds plays the claustrophobic fear well, particularly with her eyes, but the script allows her to play a verbal cat and mouse game with her captor Luanne Felkner (Natalie Brown). One does question her  been able to survive a lot of drugs and repeated shock-paddling and – even more so – the climactic act of possibly fatally attacking Felkner’s paralysed sister as a distraction, which you presume is a fake-out until you realise it’s not.  However it probably beats the alternative – being thrown into the hospital incinerator. The second plus factor is in the assured cinematography that the show is establishing, with lighting and framing all playing their parts and made all the more fitting when it’s a sinister hospital ward.

Derek Moran also makes an impact as Clarice’s father, an hallucination that talks Clarice through her ordeal and we get some surreal glimpses of their relationship before his death when she was a child. But the beats of levity amidst the darkness continue to work well. The choice to open an episode (where most of the ‘patients’ are paralysed) with 90s kinetic classic ‘Gonna Make You Sweat (Everybody Dance Now)‘ is pretty dark humour and Kal Penn and Nick Sandow continue with their organic, sardonic one-liners. Devyn A. Tyler as FBI Agent (and Starling’s room-mate) Ardelia Mapp also makes her presence noted, though she’s basically required to look skeptical and agree to postpone any friction between the freidns for another time.

It may become boring by repeated mention in reviews, but that legal Hannibal-sized hole at the show’s heart (which can sometimes be ignored by making the focus the more interesting episodic plots and characters) still factors in and it seems specifically inconceivable that Clarice cycling through her various traumas would totally fail to throw up her time with Lecter. Buffalo Bill’s now the official boogeyman of the series, dead and buried but most disturbing when his legacy rears up, but the show is sometimes guilty of pushing that aspect a little too hard. Again, the over-all tone works well, it’s just the details that sometimes frustrate

So even with a few quibbles, Clarice remains a show to watch. Due to schedules and production speed factors, there won’t be another new episode of Clarice until next month (though we do get an extended preview of some of what’s to come). One hope that includes some official repercussions for Clarice herself who, only hours before her ordeal, was given a reprimand by Krendler about the serious dangers and wider repercussions of not having back-up around to ride shotgun on her hunches… and appears to have totally ignored the pep-talk and nearly paid the price. The gap in episodes might also help audiences move past the fact that any agent who had such repeated professional traumas (never mind ones in her youth) would not be anywhere near fit for active-duty any time in the near future. (The trailer suggests this will be addressed). 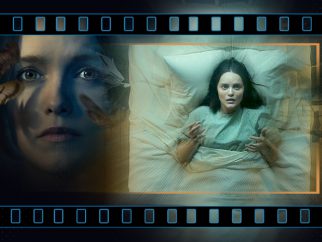