With Mel's mission underway, the Night Car becomes the scene of the latest powerplays aboard 'Snowpiercer'...

With Mel’s fate unknown, the passengers of Snowpiercer can only hope she’s managed to get to the beacon and kickstart the monitoring of rising temperatures. Layton needs to keep tabs on Wilford and the best way to do that is on Snowpiercer itself – so he arranges a night of entertainment. The lynchpin is Miss Audrey and a gathering in the Night Car.

Bearing in mind that Jennifer Connelly has been the mainstay of many of the episodes of the season so far, it’s a nod to the show’s over-all strengths that she’s totally missing from the screen this week and the episode – though largely informed by that absence – moves along its tracks as well as ever.

A Single Trade highlights a lot of the relationships (and their fault-lines) aboard Snowpiercer, everyone looking for some sort of connection – whether it be profound, temporary, illicit or based on unhealthy exploitation. As one might expect, that makes the train’s ‘Night Car’  – with its stage, seating, bar and private rooms – the ideal location for a majority of that to play out.

We get to learn more about the pivotal but often under-used character of Audrey ( Tony Award winner Lena Hall), mistress of the Night Car and her life before Snowpiercer – and it’s not a happy past. The long scar up her arm that we see at the start of the episode should have been a clue that she was forced into a similar bath-time situation with Wilford that mirrors the fate of Kevin, the unfortunate head of Big Alice hospitality a couple of weeks ago. Though Audrey was ‘lucky’ enough to survive Wilford’s test of trust those many years ago, the re-appearance of her mentor/ abuser opens up metal scars that haven’t healed as well. Hall is quite extraordinary, her talents as a singer and dancer on Broadway coming to the fore and producing a couple of on-stage ‘Cabaret’-styled sequences (including a rearrangement of Portishead’s Glory Box) worthy of full-on theatre stage-craft. But Hall also delivers off-stage as director David Frazee hovers just on the right side of voyeur in the one-on-one sequences between Audrey and Wilford, with their power-dynamic constantly in disturbing flux.

Bean continues to revel in the opportunities that the show gives him with Wilford, adding layers to the character’s motivations and peccadillos and Rowan Blanchard’s Alex has some interesting interactions with Annalise Basso ‘s LJ Folger. Daveed Diggs is perfectly fine, but recent episodes have seen him assuming a diplomatic stance and quietly planning rather than being at the forefront – though that’s likely to change.

There’s palpable tension when the combined train awaits the signal from Melanie – and real doubt whether it will come at all. While it’s likely we’ll see some of Mel’s side of her journey, it seemed that we might be kept in the dark (and cold) longer (though – knowing Snowpiercer’s track record, there’s no assurances that we’re getting the full story just yet or that Mel is safe and well).  We do know – as we suspected – that Josie’s recovery will likely come via Big Alice’s experimental and risky skin grafting allowing us to see the full Katie McGuinness once more, but while we’ll know she’s willing to gather intel for Snowpiercer, it will be interesting to see if her agenda is survival or revenge.

One of the more pleasant surprises is the reappearance of Jaylin Fletcher as the young Miles (suddenly looking several inches taller) who seemed to have been forgotten in the various machinations that have otherwise taken hold within the train. The actor may have been busy elsewhere, but it would be nice if the character remained a presence given his importance last season.

As it has in recent weeks, there’s a helpful service message to viewers before the closing credits, offering helplines for those who might have felt triggered by situations and scenes in the episode. That’s certainly a well-considered reach-out to viewers, but it seems likely the characters within the show may be on their own… 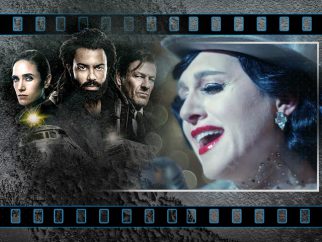