There's nothing new about FOX's latest primetime crime-time, but it presents a decent profile...

When Malcolm was still a young boy he discovered his father, a famous and respected high-society doctor, Martin Whitly (Martin Sheen) was a notorious serial-killer and though  Whitley was subsequently captured and imprisoned, it’s had a profound effect on his son’s mental health.  Decades later, Malcolm, now going by the name Malcolm Bright (Tom Payne), has been using his own instincts and skills to help the FBI profile and capture serial-killers but his own erratic behaviour gets him fired.

Old friend and Senior NYPD detective Gil Arroyo (Lou Diamond Phillips) hears that Malcolm is back in the city and asks a personal favour, that Malcolm use his skills to consult on a recent murder. Almost as soon as he walks into the crime-scene, Malcolm realises that there’s a connection to the  pattern of his own father’s work. But with Martin still in prison, albeit one that’s had some comforts installed by high-society benefactors, Martin couldn’t have committed the crimes himself.

Now, after years of avoiding going to see his father – something his mother and sister have reinforced  – Malcolm has no choice but to come face to face with his greatest fear: not just the unsettling company of his outwardly-genial father, but the thought that he too may have his own unconquerable impulses…

However Martin has no intention of losing his son again…

It’s interesting that in the wake of so many wins at this year’s Emmys, the wave of prominent British performers in primetime American shows continues. Tom Payne (late of The Walking Dead) and the versatile Martin Sheen (Good Omens, Frost/Nixon) are both English actors , though you wouldn’t know it from their decent American accents as they headline FOX‘s latest crime series Prodigal Son.

There’s certainly some potential here, with decent talent involved in proceedings – though the groundwork and foundations seem like they’re collected together from any number of previous primetime shows and randomly shuffled for effect. Apart from the benchmark The Silence of the Lambs motif – that  still casts a long shadow decades later – there’s touches of The Blacklist and Tim MInear’s often over-looked The Inside which legitimately pushed boundaries. But being a  modern primetime network show it can only flirt with darkness and infer and therefore it relies on the strengths of its cast rather than the depth of its stories.

In the pilot, which ticks off familiar genre elements as it progresses, Sheen is mostly confined to what amounts to an extended cameo, essentially essaying a bookish version of Hannibal Lektor – less cannibalistic but no less murderous or manipulative. He’s locked away in a cell, but one only found in fiction:  its own extensive library and comfortable furniture, explained away by the fact that he has various interested and influential parties still wanting access to his skills. That element seems contrived and unlikely and more of  a quick-fix production-design explanation to excuse the fact that a mass serial killer isn’t rotting away in a less attractive, cold, metallic cell for the rest of his days or on Death Row. Only betrayed by the glint in his eyes, Sheen glides around the square-footage like a benevolent grand-dad figure, with touches of the over-theatrical, perhaps left over from his days as Aziraphale.  It’s fun to watch as a  sinister guest-role, but might prove more difficult to maintain balance over a series run.

Payne, charismatic enough, gets to explore the more obvious wide-eyed end of manic episodes – still troubled by waking memories of his childhood when he discovered his father’s deadly secret and aware of his own tendencies to be erratic and potentially dangerous under pressure. (Keep him away from axes). It doesn’t push any boundaries of screen stereotype, but Payne sells his pain well-enough to be interested in seeing where he goes with the role next.

Compare it to superior fare and tension generated by the likes of the streamlined Criminal and Prodigal Son  – despite its pseudo-dark territories – seems predictable and glossily generic: the kind of thing that’s not bad but also not remarkable, a show that could thrive with edgier execution on a risk-taking streaming platform  but may be hampered by the very nature of network safety protocols into being less than the sum of its dismembered parts. 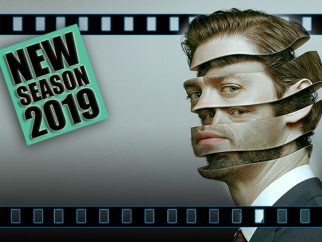