In Mark Millar's latest comic release he explores the meaning of life and death. Spoiler: it's not 42...

Bonnie Black is dying. At 80 years old, she’s lived a full life, full of the myriad triumphs and disappointments, happiness and sadness that go to make up an existence – but her body is entering its twilight and if she’s not ready to shuffle off her mortal coil, then she’s also aware that she’ll have little say in that. Time waits for no-one and many of her loved ones, friends and family, have preceded her. But she’s a pragmatist and not a strong believer that they or anything is awaiting for her when her heart finally stops beating. The light will merely go out.

But when the time comes and the latest in a series of strokes finally take their toll, the lights don’t go out – they are going to go on in a way she could never have imagined. She’s young again…but instead of angels, vast monsters and armies await. In neither Heaven nor Hell, but somewhere far more complex, Bonnie finds that what’s past was merely prologue and that her arrival in a new plain of existence has been foretold… 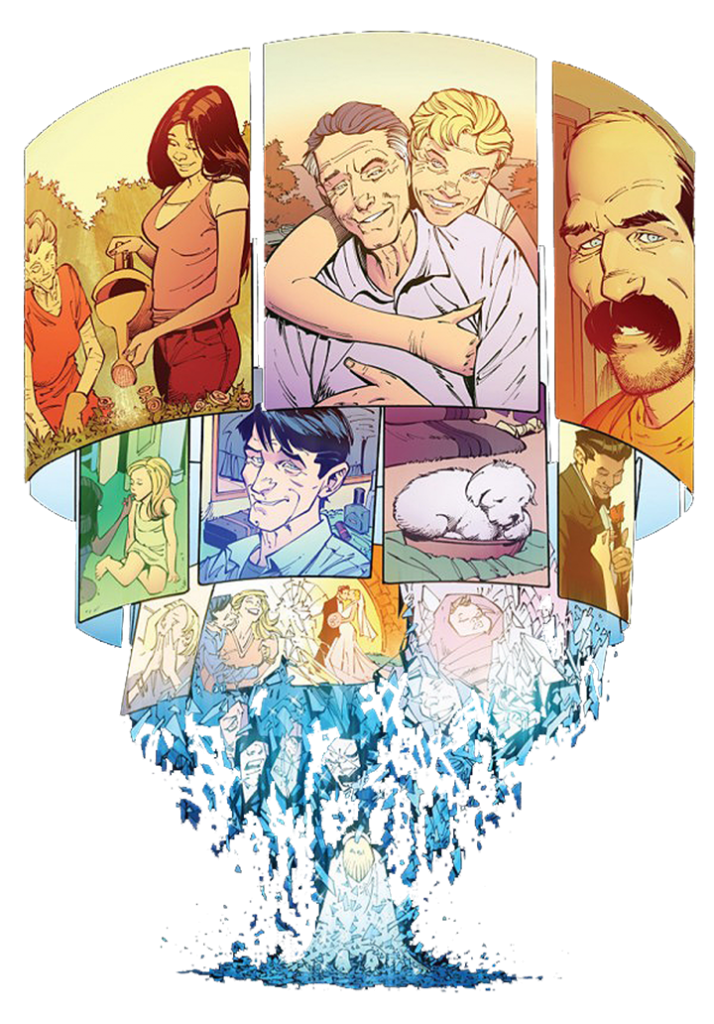 Like much of Mark Millar’s work, Reborn strengths aren’t in being wholly ‘original’ – Millar’s talents are more the art of taking previous, existing ideas and giving them a compelling new hook of ‘But what if THIS happened instead of THAT?‘. In this case Reborn lands in similar territory of the central idea of Larry Niven’s Riverworld concept (and possibly even Alan Grant and Arthur Ranson’s  Mazeworld from 1990s’ 2000AD comic) – the premise being that when a person dies they reawaken elsewhere, elsewhen in a strange new world and as part of an ongoing battle between good and evil.

For Millar’s brave new afterworld, there be monsters of Tolkienesque proportions and ragtag soldiers with some familiar faces that Bonnie recognises. If the faces are known, the lay of the land and the challenges ahead are not – though they are spoken of in legend. She now wields a sword and a firearm and her 25 year old self seems at the peak of physical fitness. She’ll need it.

It’s hard to tell how much of a Riverworld‘s influence will run through the continuing issues – again, Millar has the ability to zag instead of zig if he thinks readers are getting too comfortable – but the first issue is more concerned with introducing us to our ‘heroine’, guiding us gently through her life and the very real mixture of nostalgia, melancholy and understandable fear as she is aware that her life is coming to and end. It’s those elements that resonate, a complex, contradictory set of feelings to which the audience can or will some day relate: mortality. Millar gives us a character in Bonnie Black with whom we can care and identify – before ripping away the beautifully mundane to give us our first glimpse at the dangerous and fantastical. In a very real sense, whatever your personal theology, he gives us an ending that is a beginning and a promise of something thereafter in the hereafter.

The artwork for the comic is in the safe hands of Greg Capullo who pulls off the difficult job of making the ‘real’ world and that of the ‘hereafter’ feel suitable in each case. Some artists are better in one aspect or another, but Capullo joins the narrative dots provided by Millar and the ultimate transition between life and ‘death’ is finely crafted with a suitable shattering of imagery.

Reborn is a comic that would probably feel quite different had it been released by Marvel or DC. Image continues to be at the forefront of comic originality, its wide range of independent titles (including The Walking Dead, Invincible,  Lazarus, Jupiter’s Legacy (also by Millar), Peter Panzerfaust, Spawn and Saga to name but a few) never allowing the company to be pigeon-holed or over-reliant on familiar tropes. It feels like a company that gives its creators the freedom to breath and the time to get interest going rather than throwing multi-crossover-1000-variant-covers and ‘this changes everything’ scenarios towards the comics-shops every month. With Reborn it presents a concept that would work in various parts of the publishing world (indeed, there are possible plans for a YA novel and already some Hollywood interest given Millar’s other multimedia-friendly successes such as Wanted, Kingsman: Secret Service, Kick-Ass etc) but work much differently elsewhere depending on creative and editorial fingerprints.

We don’t yet know the full ‘rules’ of the new world or what real dangers lie ahead for Bonnie and her ‘friends reunited’ taskforce. The initial mini-series will run to six-issues and arguably the first ‘volumes’ of any Millar work tend to be the strongest, with their initial ‘pitch’ still fresh and vibrant. Reborn is carefully crafted to appeal to that Venn Diagram of interlinking genres… so it looks well worth sticking with as the comic (literally) expands its horizons to encompass a new world of Frazetta-like landscapes and challenges.

Reborn, by Mark Millar and Greg Capullo is out now, published by Image Comics. 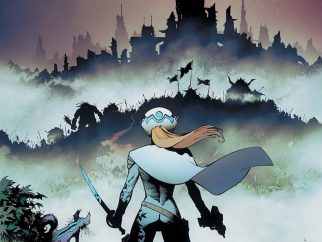