A large slice of Mark Millar's back and current catalogue of original comics material just got a new home...

Mark Millar is a comics-creator who has never been backwards at coming forward – well known for his high jinx and even higher hyperbole, every project he becomes involved with exits the starting-gates with a big flourish and vast amounts of publicity.

The writer behind Marvel‘s Old Man Logan (which inspired the tone of the recent Wolverine movie ‘Logan‘), the Ultimates (which formed the basis for the style and look of The Avengers) used his creative clout to launch a wave of his own titles, striking an attractive and lucrative deal with his illustrators to share the subsequent profits. Given that the likes of Wanted, Kick Ass and Kingsman have become big hits and that many of his other properties have been optioned or have had interest shown in them, it’s been a success-story for almost everyone concerned. 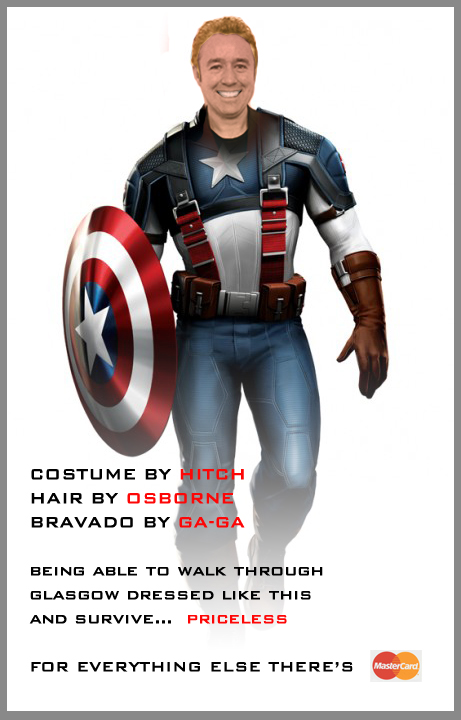 And now ‘Millarworld‘ the company Mark created as a publishing imprint/umbrella and a marketing machine – and which he now runs with his wife Lucy – has just been bought by industry giant Netflix. The terms of the agreement aren’t specific – either in monetary terms or content. Certain creations (such as the aforementioned Wanted, Kick Ass and Kingsman that have already been made) appear not to be covered and there’s some question as to the projects Millar had already discussed being homed at various other studios. However given Millar’s prolific catalogue, that still leaves a lot of scope for the partnership to bring ‘… Millarworld’s franchises to life through films, series and kids’ shows available exclusively to Netflix members globally‘.  It also appears that Millarworld will also continue to create and publish new stories and character franchises under the Netflix label.

“Mark is as close as you can get to a modern day Stan Lee,” Netflix chief content officer Ted Sarandos said  in a statement.

“Warner Bros bought DC Comics in 1968. Disney bought Marvel in 2009. Today Netflix purchased Millarworld and I’m still blinking. This is only the third time in history a comic-book company purchase on this scale has ever happened…” Millar told readers at his online forum. “The moment Lucy and I walked into Netflix’s headquarters in California last Christmas we knew this was where we wanted to be. It instantly felt like home and the team around that table felt like people who would help us take Millarworld’s characters and turn them into global powerhouses. Netflix is the future and we couldn’t be more thrilled to sell the business to them and buckle up for all the amazing movies and television shows we plan to do together. This feels like joining the Justice League and I can’t wait to start working with them…”

“Also look for our news at the end of summer with details of the charitable foundation Lucy and I have started which will revitalize parts of my old hometown in Scotland. This is a five-year charity building project I’ve been quietly making plans for with local government behind the scenes and we can’t wait to go public with the idea. I’ve had an enormous amount of luck in my life – none more than today – and I look forward to explaining how I’m planning to use what this deal brings us to help improve an area I grew up in and owe everything to…”