A nice idea about warring soul-survivors is felled by lazy film-making and large, but uninspired set-pieces...

Evan McCauley (Mark Wahlberg) is trying to get his life back together. Diagnosed as a schizophrenic as a teenager, he’s since self-medicated to keep his temperament steady. For years he has vivid dreams of other times and places and he’s developing skill-sets that he seems to master quickly. He can cook like a master-chef, he can make cutting-edge swords, but he can’t hold down any responsible position without some kind of incident.

When his latest meeting with his downtown ‘medication provider’ goes awry, he finds himself arrested and suddenly on the radar of some people who may have their own opinions on his ‘condition’. It turns out that far from being just visions, these images of other lives may be just that. Is Evan really the latest ‘body’ for a soul that consistently reincarnates with some of its previous memories intact? A technically-advanced group called the Infinites believe so and they also believe that his previous life holds the secret to stopping one of their own, a man called Bathurst (Chewetel Ejiofor), who has tired of the eternal life and intends to release a biological weapon to end everything.

Sometimes a film is a mess despite the money thrown at it and sometimes because of the amount. Infinite‘s one achievement – despite its interesting conceit – is it excels in the wholesale mismanaged carnage of both departments.

The sad part is that for a film with those  Infinite possibilities, it largely squanders most of them for the sake of overtly silly spectacle and loose logic, its eyes permanently on the in-joke OTT trimmings rather than a prize for plotting.  Rather than mood or pacing or paying  more than lip-service to the ideas of eternal souls, the clearly impressive budget decides, instead, to place its payload on big, shiny, loud things that too often reveal their origins in the production design department rather than any conceivable sense of possible reality. (For no discernable reason other than in-jokes the cars belonging to our super-secret clandestine heroes bear the likes of  ‘INFNIT O’ and RE1NCARN8S license-plates – way to go on the incognito!)

Worse,  for a film about living forever there’s also a shameless lack of attention to detail and opportunity in the time periods involved. Some of our characters might casually reference a few centuries passing, but the key (or, in this case, egg) to the whole story is a maguffin that’s only eternal if you think the 1980s are ancient. The opening carnage in the downtown metropolis of Mexico City must, by logic, take place sometime around that decade, but with only a few generic cars in the drone/stock footage and a central red ferrari racing through the streets, it could easily have taken place last week, which really doesn’t help the premise… and the accompanying ‘The Last Life‘ caption is so vague as to be useless.   Other past-lives, potentially rich in texture if they lasted longer are subsequently confined to brief flashbacks, imagery lasting mere seconds,  all too often abstractly or montaged in to make a  point about a skill-set. It’s like making a film about gourmet cooking and thinking a glossy picture of a MacDonald’s menu will suffice.

‘Worse, for a film about living forever there’s also a shameless lack of attention to detail and opportunity in the time periods involved…It’s like making a film about gourmet cooking and thinking a glossy picture of a McDonalds menu will suffice…

The annoyance here is that the idea itself itself is fine, but Fuqua and the film simply don’t have enough faith in it to let it breathe organically and it feels like he’s making to make a totally different film than the one for which he’s been hired. At the start, Wahlberg narrates the core back-story as a bullet-point post-it note, but this isn’t Highlander and he’s no Sean Connery and it’s all rather pointless given that the same exposition is repeated, literally word-for-word by a character a short time later. Grading on a curve, some individual scenes are diamonds amongst the rough undergrowth:  McCauley’s early meetings with an arrogant potential employer and then a down-and-dirty drug dealer (for whom he’s made a katana in return for medication) as the character tries to make a mundane living, underline that Wahlberg is a reliable go-to for a ‘nice-until-you-push-me‘, but  ‘take-no-shit‘ kinda guy and the first meeting between Wahlberg’s McCauley and Ejiofor’s Bathurst in an interrogation room escalates the tension  (until a bargain-basement Batmobile batters in and forever changes the ambience and retaining wall-plan). Thereafter, Wahlberg’s McCauley ((previously diagnosed as suffering from the predictable cinematic strain of schizophrenia) joins the rest of the ensemble in simply being a generically super-spy archetype and it’s a loss to both the film and the laws of physics. Super-soldier Chris Evans was originally due to play the role in the wake of Avengers:Endgame, but wisely passed).

Ejiofor too deserves far better – a solid actor with a range that goes from Kinky Boots through , Serenity, 12 Years a Slave to Doctor Strange, he’s reduced here to a mad Bond-villain like figure  who likes to get water-boarded in abandoned churches (because…just because)… and shoots people with sooper-dooper special bullets so they can’t reincarnate while planning to unleash an absurdly ornate biological weapon on the whole of humanity so he can die and not reincarnate again (Hands up, if you spot the easy, time-saving way out of that predicament?). Like Wahlberg, his character devolves as the film stumbles forward. Sophie Cookson as Mora Brightman, the woman who brings in McCauley to the Infinites eastern enclave in an effort to stop Bathurst’s agenda and reclaim her own lost love (stuck in a row of collectible Tupperware box on Bathurst’s trophy wall) is fine in a role that one suspects went out to many actors the film couldn’t afford is but often betrayed by the string of words and technobabble pretending to be a script.

With main characters already being paper-thin, the supporting players have even less luck. Toby Jones is criminally wasted in a worthless role that probably took a few hours to film and while  Jason Mantzoukas as a hedonistic ‘Architect’ has a little more to do, he only does what the script needs him to do in different scenes, regardless of what the previous one needed.  Liz Carr,  Jóhannes Haukur Jóhannesson get some dialogue moments but never really develop. Wallis Day tv’s new Kate Kane (in Batwoman) and Kae Alexander barely get some awkward martial-arts/fight moments before being collateral damage.

Infinite is actually based (or loosely-inspired by) on The Reincarnationist Papers the  novel by D. Eric Maikranz, originally self-published in 2019 with an interesting take on crowd-funding and profit-sharing. But if that tome was a slow, lyrical, meandering detail-orientated tale of  idea of an outlier trying to find his place with a special elite, then Infinite takes it to the other extreme, simplifying title and concept and then barely stopping to take a breath.   The likes of  the classic Highlander and the recent variation The Old Guard both successfully interwove immortality and time-period-hopping with moral questions, decent imperatives and fun action, but here the core concept feels like a footnote to everything else as Fuqua merely steps on the accelerator like an audition for physics-defying The Matrix, the Fast & Furious or Mission Impossible franchises, but with less nuance. (Somewhere, Tom Cruise is watching several of the set-pieces, respectively involving a car-jump and a crane and a walk on a plane wing and shaking his head). But even if it was a matter of ‘never mind the quality, feel the width‘ of a pizza-and-beer effort on a creative level, the technical level also drastically under-delivers. Sweeping camera-work and major car-stunts can’t hide that, on a basic level, the VFX simply don’t work.  Some of the editing and composite work is so woefully bad and inconsistent that it actually looks unfinished. Cars jump around within frames as if the director couldn’t decide which take to use and, frankly, the use of body-doubles in an Ejiofor/ Jóhannesson fight is so blindly obvious as to be quite shameful.

Both star Wahlberg and director Fuqua have multiple critical hits to their name, even if their attachment to projects isn’t the guarantee of quality one might hope for. But the very least one could have hoped for was that  Infinite would be a passable genre-entry. It’s not even that. I’m down with Henry Cavill in a Highlander reboot. I’d pay to watch Charlize Theron in an Old Guard sequel. But Infinite…is a  lazy, half-hearted, indulgent and bloated misfire that feels like a tax-break and its story about beating death needs to be put down rather than picked up.

For an expensive film about souls, it sells its own cheap. 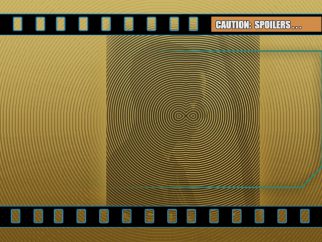