Every Picard has his day. It won't arrive until early 2022, but it looks like Jean-Luc may have some multiverse mishaps...

Inspired by a story from Star Trek: The Next Generation in which Patrick Stewart’s Jean-Luc Picard uncomfortably endured a ‘Picard Day’ aboard the Enterprise  (and where the children onboard celebrated his leadership),  the 16th June has been earmarked as the Twenty-First century equivalent. Making it so, it would seem that the date is an ideal one to get a teaser for the next season of Picard, which is now likely to debut on the newly-rebranded Paramount+ in early 2022. 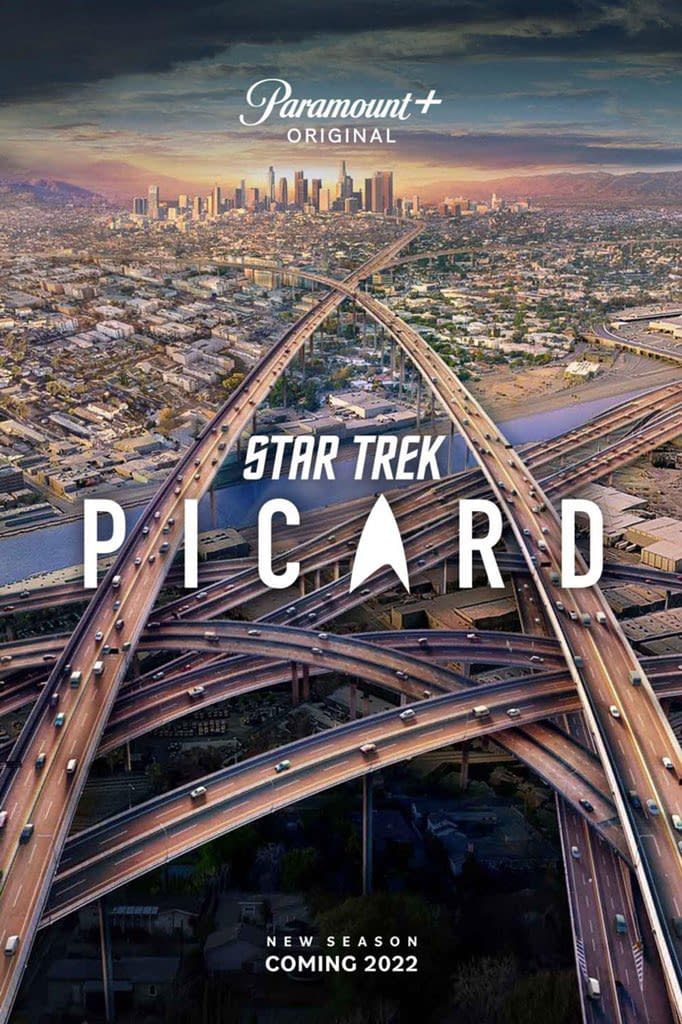 Alongside a poster that incorporates the Star Fleet logo into what looks like an decidedly non-23rd Century universe, we’re not told too much about what the season-arc will be, though – in typical Star Trek fashion – it would seem to involve time-travel and something wrong with the timeline itself (perhaps something Loki’s TVA could address if they get time?).

“Welcome to the very end of the road NOT taken..” We do know that John De Lancie is reprising his role of the almost-omnipotent ‘Q’, a character who has caused no end of trouble for Picard over the years, often by merely turning up and refusing to abide by cosmic etiquette. Viewers first view of him was in the Next Generation‘s pilot where his more ‘solemn’ version of the character put humanity on trial. Over the years, he’s become more like a mischief-maker, putting the Captain and his crew in perilous situations just to see how they’ll react.

The short teaser shows Patrick Stewart and most of the surviving characters from the show’s first run, reacting to realising that things are not as they should be. As well as ‘Q’, we see Jeri Ryan’s Seven-of-Nine without her Borg implants (suggesting whatever’s gone wrong with the timeline perhaps went much better for her in some ways).

Filming on the next run was delayed a little because of COVID. There’s no exact star(t)-date for the next season but we previously established it would be very late in 2021 or early 2022, the latter now seeming the most likely given the marketing.