The Nevers: This much is True – Amalia is the New Black….

After a steampunked season of ambitious but muddied story-telling, its finale could let 'The Nevers' soar...

Stripe, a weathered, cynical veteran of war, crawls through a scene of carnage and rubble – she is part of a small force sent to try and locate and free one of the alien race known as the Galanthi, but even reaching the relative safety of an old bunker gives no sense of permanent safety and they are in danger from without and within. The battle between the  Planetary Defense Coalition and a more theological task-force known as Free Life has been getting bloodier and this is a last gambit mission for both, likely deciding the pathway forward.

But will the Galanthi, who have started to alter humanity,  be the saviours they seemed destined to be or has their mission failed. Will the last surviving member be able to help or is it merely seeking to flee an ungrateful world where the most prized-possession is the secret of your own name.

A decision must be made. An exit strategy must be initiated. Hope must endure.

Whatever you were expecting from the mid-season finale of The Nevers, one suspects that True was not it. Not even remotely. Indeed, if it hadn’t been for a ‘Previously on…‘ segment at the start, more than one viewer would likely have thrown their remote at the television screen presuming that their TiVo, DVR or set-top smart box had recorded a completely different show.

In the first part of an episode split into different-titled ‘parts’, it’s the future. There’s spaceships. Soldiers fighting. London lying in rubble. There’s a deluge of turns, phrases, designations and affiliations that fly by in something of a mess… but there’s nary a bodice or bonnet in sight. Two sides of humanity, one who seem to embrace the potentially healing, life-changing effects of the Galanthi and another who want them gone. But in a reasonably short time – around a third of the episode’s running-time – we do build up an idea of some of the new personalities involved here, their hopes and dreams and hopelessness and nightmares. Arguably there’s enough material here to be its own pilot, but squeezed as it is, there’s a lot of new questions for a show that isn’t often keen to give any full answers to date. Things move so quickly that it’s hard to see who’s doing what and we search the scenes for any familiar faces and touchstone.  I momentarily thought that the new character of Knitter – played by Ellora Torchia – was an echo of regular Victorian character Harriet  – actually played by Kiran Sonia Sawar. It took several beats longer to recognise that the main character in this dystopian nightmare was played by none other than Claudia Black, a veteran from the genre from such outings as cult-hits Farscape, Stargate SG1, Pitch Black and the Gears of War and Unchartered game franchises . Made to look older and more weathered as a battle-weary grunt in a crumbling yet sterile bunker, with a mentality to match, Black immediately adds another intriguing character to her arsenal of tough women and it would actually be a shame if this episode is the last we see of the actor/character who – we now know – is the original form of the personality we have come to see as Amalia True.

Black’s character – whom we’ll eventually hear named as Zephyr Alexis Naveen – is  great, but Laura Donnelly is also equally strong in the episode. We first see her as ‘Molly’, a younger woman with a strong Northern accent and a basket of delicious cakes, but life has a way of destroying the hopeful soul and it’s not long before it does just that. She loses those ambitions, is subjected to a loveless, pitiless marriage and then her will to live as she throws herself into the Thames… just as the ‘Touched’ event begins. The woman who emerges is another entirely different soul and Donnelly plays her so.  Previously there’s been an aristocratic anarchic grace, but given the chance to stretch and revolve through different accents and demeanours, she embraces every opportunity – full of snark but wheeling through quiet sadness, angry confusion, disbelief and frustration as required. Amy Manson also gets to show other sides of her character, as Sarah – the naïve, troubled woman who would become Maladie – and that transformation is somewhat understandable when we see the way our ‘heroine’ coldly betrays her, throwing her to the wolves to cover her own tracks and create a diversion.

The script by the great Jane Espenson is one of the run’s best and director Zetna Fuentes makes it sing.  But it’s still demanding – substituting a puzzle for a mystery and side-lining much of the regular supporting cast and their story-arcs. Is it all too complicated or just too much of a sudden tonal shift for those who adored its steampunkish, Sherlockian bent? Possibly – but we are living in a post-Lost era of enigmas inside puzzles and one where shows such as Westworld frequently take risky narrative leaps and don’t always drag their feet as the audience races to catch up. It’s also true that one of The Nevers failings so far has been on the parsing of its story – it being one thing to hold back important truths and another thing entirely to spin the tale and edit the episodes to make the audience feel they’ve already missed answers. (Story-wise, it feels like there could be a whole episode misplaced  on the cutting-room floor by this point). But there are finally some needed answers here and in this case, let’s face it, Whedon’s previous shows have form for leaps into the unknown – if you remember the series finale of Dollhouse, it presented a similar sudden shift of time/perspective that felt a little at odds with what had gone before. Certainly opinion on the result of this latest episode was divided, even on our couch, wondering if this sidelined a lot of the period-drama intrigue that had been building, merely for the sake of stylish but more generic sci-fi or whether this left-turn-of-sorts opened up new avenues and imperatives to pursue.

It’s a question that the latter half of the season – still unready and unscheduled after Whedon’s sudden exit, but hopefully still planned for broadcast later this year – will need to answer and with a balance that may have now undeniably shifted, even if we’re still Victoriana-bound. In the current tv landscape, nothing is certain, with various off-screen pressures merely adding to the maelstrom. However it would be the greatest shame to leave things here as The Nevers has been both a glorious, ambitious production on some levels and a total, off-paced, obtusely-structured mess on others… but one finally taking wing and stride and perhaps realising its True potential.

Ultimately far better than its ambitious but cluttered and even genre-derivative pilot, The Nevers has had its complicated on-screen drama muddied by off-screen drama and the result hasn’t helped it gain the traction it needs – but there’s definitely something special here that should be given the chance to evolve and it will be interesting to see the reaction as these episodes now roll-out in the UK (on Sky Atlantic and Now TV). 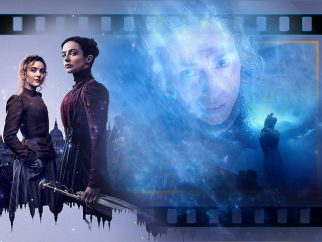