There looks to be something for Trekkers - whatever your vintage - in the Eaglemoss/HeroCollector releases... 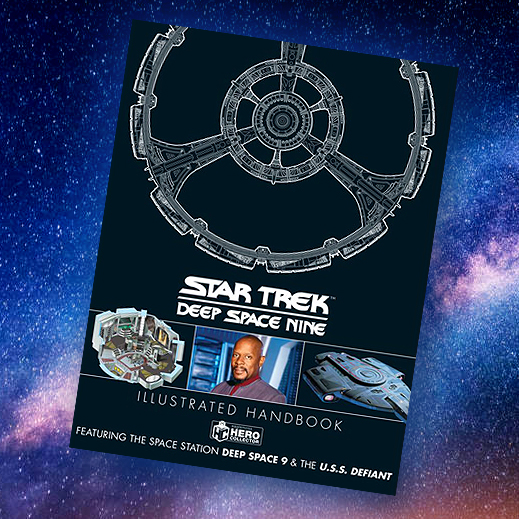 Though The Next Generation gets the bulk of the press for Trek’s resurgence in the 1980/1990s, it’s not difficult to find many fans for whom Deep Space Nine was a more layered experience. The middle-child between TNG and Voyager it was, in many ways, a different kind of Trek. Where many of the other incarnations involved some kind of ‘boldly going’, Deep Space Nine boldly stayed where it was and solved problems that took more than an hour to fix before moving on. It wasn’t about discovering strange new worlds and civilisations so much as planting its feet on the outskirts of known space and detailing those who came to it and – ultimately – the pivotal role it would play in the power-struggles of more than one quadrant of the known galaxy.

The series ran for seven seasons and so that gives a guide like the Illustrated Handbook quite a challenge to undertake, chronicling a vast array of elements that intrigued fans and built up a rich and nuanced tapestry. The result is a solid tome that should please those long-term fans who grew up with the show and those who discovered it later. Rather than go behind the scenes and talk about the production itself, it treats its information as if it were a genuine, historical manual of sorts, looking at and listing the technology and artifacts that were often touchstones for the power-plays onboard and around the station. Essentially a collection of the separate magazine ‘Fact Files‘ this is the place you can read about the history of the station itself – from its early days as the Cardassians’ processing plant Terok Nor above the planet of Bajor, through its Federation refit and upgrade and the realisation that it would need greater protection when its proximity to a large, pivotaly-placed wormhole was discovered. There are annotated exterior views, cutaways of interior sections and a look at how the station was both powered and defended. From the Promenande to Quark’s Bar, from Commander Benjamin Sisko’s room to the docking bays, there’s a wealth of detailed drawings, descriptions and dissections of the equipment both seen and referenced through the various seasons.

The fact that the base wasn’t of Federation / Star Fleet design gave the production staff a wider array of latitude and the results saw some inventive tech and elements based on human, Cardassian and Bajoran styles and the book details many of the visuals and imagery that formed DS9‘s everyday existence in both peace-time and war-time.

It might be too much detail for a casual fan, but for anyone wanting a detailed look at how some of the concepts were developed across those seasons in a practical manner, there’s a real quality to the detail, all packed in to over 180 full-colour pages. 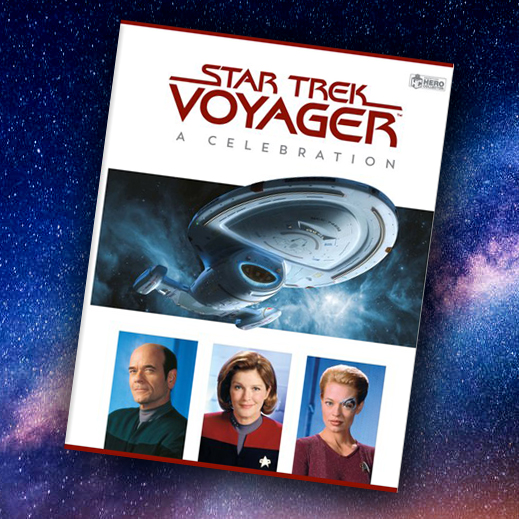 Voyager remains a marmite show for even some die-hard Trek fans, but in it’s own way it was an opportunity to experiment with the formula – cutting off the main characters from their closer-to-home roots and also putting two groups of people with various ideologies in close proximity and forced to work together for mutual survival. Some opportunities were seized, some missed, but this was still a Trek show that had the franchise’s  first full-time female captain, earned over thirty emmy nominations (winning seven) and pushed the (then) limits of VFX on weekly television. It’s creative team, under various leaderships over the run, embraced the opportunity to tell tales that might not exist anywhere else in Trek at the time. Various challenging episodes in Voyager’s run arguably hold their own against any modern Trek.

There’s a good mix of coverage between the production departments, personnel (on-screen and off) and the ‘in-show’ elements – so anyone looking for a study on how Voyager’s design practically evolved before the series filmed a single shot will find as much to please them as those who want to see the stories involved in key episodes. essentially we’re recounting what happened and why it happened both from an internal and external perspective.

While not quite a warts-and-all look at the show, it’s refreshing that the book, while dealing with the attributes and fun aspects of the run does address a few of the on /off-screen controversies. When Jennifer Lien’s Kes was written out during the fourth season it was in a way that many fans felt reflected a ‘dropping of the ball’ in the development of the character – which the production itself admitted and acknowledged later. But the book, though tactful in its text and celebrating her acting talents, doesn’t shy away from also documenting that Lien was having serious personal issues that affected her work and that the decision to let her go was as much about that as the show deciding to develop other characters and directions. Such minor mentions help give the book an inclusive, realistic tone rather than just a PR opportunity. This is a celebration of the whole thing.

Even as Lien departed, Jeri Ryan’s statuesque Seven of Nine came aboard and the book covers the decisions made about that character’s look and evolution – the balance between her ‘logical’ programming after being part of the Borg and her growing recovery/understanding of humanity as well as giving Ryan a memorable costume that walked a fine line between tech and more sexualised figure. Brannon Braga also talks about the fact he wanted the character to die in the series finale, but also admits that would have stopped her being part of the recent Picard series.

Ultimately, this is probably one of the best value books for its price ($29.95 US) and any fan of the show will find something interesting in its pages. 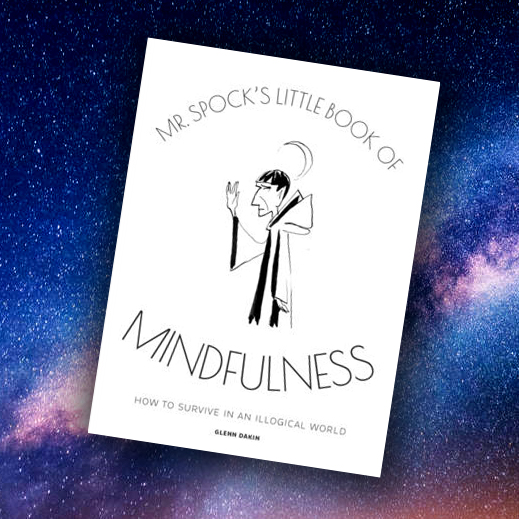 A little like famous little books such as The Tao of Pooh, there’s a certain art-form in a mash-up of cultural icons and philosophy – one doesn’t want to look like they are preaching and pontificating and being too serious about something that could be seen to be slight and fun, but also there’s a chance to embrace two viewpoints and go to the real heart of something quirky with a lightness of touch. So it is with Mr. Spock’s Little Book of Mindfulness, an opportunity to look at quotes from the famous Half-Vulcan.  Glenn Dakin writes and illustrates the content with good humour, taking quotes such as “It is not a lie to keep the truth to oneself…” and “having is not so pleasing a thing after all  as wanting. That may not be  logical but it is often true…” and showing wry ways that can work for and against the listener.

But it doesn’t make a saint out of Spock, showing plenty of times that the wry observer of human behaviour was caught of-guard or had to concede a point.

While there are plenty of encyclopedia-like books out there for fans, this is the kind of pocket-size entry that might arguably find a wider demographic… the cultural recognition of Spock and the inner calm modern society often denies us come together in a book ideal to pull out on stressful days. Or maybe, it’s just fun! 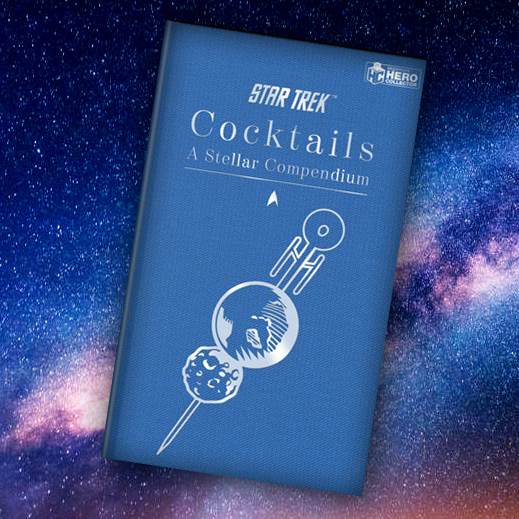 Some tie-ins feel a bit opportunistic, attaching a brand name to something as an excuse rather than a sought-after variation. While one could make a case that this beverage-based book might fall into that category, it’s hard to deny that some thought and fun has been put into the title… and the result is the kind of book that makes a nice gift to a fan rather than a must-see book-end for a collection.

Alongside the essential ingredients for your cocktails are wry observations about the inspirations for each. So if you choose To Bibble with Tribbles, Sisko’s Sazerac‘ or The Sherry on the Edge of Forever, there’s likely to be a wry smile. And it’s a book that covers the range of Trek from the unaired original pilot, the Original Series all the way through Discovery ( Tilly’s Ping-Pong Beer and a retroactive Mojave Mojito for Pike) and Picard (The Flaming Sirena).

Shaken or stirred, perhaps it’s the kind of book that might have been kept behind the bar in Ten Forward or in Picard’s ready-room, but either way, Glenn Dakin once again dips into sick-bay humour and manages to tickle Trek‘s funny-bone. With a twist.