'The Invisible Man' is another film getting a speedy VOD treatment in the wake of the cinema shutdown...

After years of abuse, Cecilia Kass manages to finally escape the controlling clutches of her husband Adrian Griffin, a powerful force in the world of cutting-edge tech. Her sister Emily (Harriet Dyer), Emily’s partner James (Leverage’s Aldis Hodge) and daughter Sydney (Storm Reid) are all initially sympathetic, offering her a home to live in and recuperate but as time passes, Emily encourages Cecilia to begin her life anew, especially when news comes that Adrian has committed suicide – he can’t hurt her any more.  However, Cecilia notices things in her new environment – objects moving or out-of-place and she becomes convinced that Adrian has faked his death.  Even when Adrian’s brother, Tom (For All Mankind‘s Michael Dorman) who apparently had no love for his sibling, informs her that Tom left her a huge slice of his millions, she’s still not sure she can relax.

When an inexplicable event occurs in the home, Cecilia is left to fend for herself, but as the people she cares about worry for her sanity, she tries to prove that what she’s seeing  – or not seeing – is real. How far will she go to explain and expose the truth and what will be the cost?

Though it takes its time to present its case, perhaps just a little too long with its situation-building but meandering first act, The Invisible Man builds with the power of a superior ghost story – indeed, if you weren’t aware of the film’s title and lineage before settling in to view, you might well be convinced this was an initially a thriller akin to Sleeping with the Enemy moving to a variation on a Paranormal Activity installment – and in some ways that was probably the pitch.

Despite the title of the film and its titular gender, it’s Elisabeth Moss as the heroine and target of domestic abuse around which the film pivots its most telling elements. Perhaps given her landmark experience  and performance in The Handmaid’s Tale, she expertly walks the critical line between a victim fearing she is descending into madness and a ‘survivor rising’ all in ever-desperate methods to take back her life. It’s a delicate balance requiring both moments of shivering vulnerability and primal fury and – when you add to that the physical demands married to the special-effects needed to achieve some of the more kinetic moments – it was clearly no easy task. It’s also a tribute to Moss and the whole film that while Cecilia is the victim she’s not always sympathetic – we want her to win, but as she gets closer to turning the tables, there’s a personal cost to her values that isn’t ignored and may make audiences feel a little uncomfortable with the denouement.

That being said, some of the best, stylistic moments come down to subtle camera-work rather than CGI. The visual-effects are fine for the ‘invisibility’ suit – not groundbreaking so much as effective – but it’s the more practical in-camera techniques that you’ll remember. The outline of a hand against the shower-glass, the imprint of an unseen foot in the carpet,  Moss being sent flying across a room, the camera lingering on – or moving to – ’empty’ spaces in scenes that make the audience look for the details (whether they are there or not) all add to the sense of dread and unease. It’s approach is halfway between Carpenter and Spielberg and serves it well. This version of a classic ‘suspense’ theme is certainly its own animal, though there are some nice Easter eggs and references to past versions of the classic buried in the visuals.

With no disrespect to the actor, it’s also telling that Oliver Jackson-Cohen (The Haunting of Hill House) as Adrian, the abusive husband of the piece and the man Cecilia suspects is still toying with her despite his apparent demise, is perhaps the least interesting character despite the title. One one hand that’s a shame because it leaves the threat chilling but generic in and of itself – defined by the terror Cecilia’s stalker wields. On the other hand, we already know Adrian was a bully, we know he did unspeakable things during the marriage and so for most of the movie he’s ironically absent or out of focus – the film once again pointing out that for all his intimidation there’s something weak and unimportant about him by which Cecilia should not let herself be defined.

Revealing trailers didn’t hurt the film’s opening box-office and though some will say this could reactivate Universal‘s plan for a ‘Dark Universe‘ of horror-related titles, it’s more an indication of marrying a core horror concept with something of contemporary relevance – often a winner when done with care. The film came early out last month to a strong critical reaction and was still playing in some cinemas when the coronavirus hit. The decision to speed up its arrival on secondary formats, such as VOD, is less urgent than some of its stable-mate titles getting the same treatment, but should work well for those who missed it during its theatrical run.

This Invisible Man is certainly one to watch.

The Invisible Man is now available on VOD platforms such as Amazon Prime Video, iTunes and Google Play. 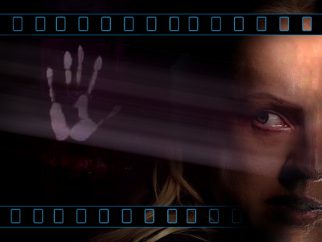