What if the kid from Krypton wasn't so super, man? The genre-twisting 'Brightburn' gets all fired up..

Tori Breyer (Elizabeth Banks) and her husband Kyle ( David Denman) are a mid-west couple working their homestead and longing for a child that seems like an impossibility. But one night something crashes into the edges of their land, something that they will tell people was just a falling star.  But it isn’t.  It was a small vessel with a very small occupant – what appears to be a healthy baby and in one wish-fulfilling and fateful moment, they decide to secretly keep the infant , raising him as if he were their own son.

It’s several years before the differences in their ‘son’ become truly apparent. ‘Brandon’, (Jackson A. Dunn) as they name him, begins to exhibit some abilities that set him apart and yet Tori and Kyle believe that with their guidance, Brandon will be able to live as normal a life as possible. But adolescence brings a darker edge to Brandon’s abilities and his reactions to perceived slights by others in the town.

And all the while, something is calling to him from beneath the Breyers’ barn. How will Brandon react to his unearthly origins… or does he already know?

“The meeting of two personalities is like the contact of two chemical substances: if there is any reaction, both are transformed...” – Carl Jung

Though Superman could be described as simply a caped superhero who jumps over tall buildings in a single bound, there’s been much analysis of the core concepts by philosophers for far longer than  Jerry Siegel and Joe Shushter’s creation has existed. Nineteenth Century philosopher Friedrich Nietzsche’s thoughts on the relationship of ‘man and superman’ are oft-quoted by those wanting to add some weight to their observations and more modern commentators have pondered the ideas of power, responsibility, duty and  human nature in everything from thesis to graphic novels.

Several years ago, comic-book scribe Mark Millar did what he continues do well, taking beloved staples of comic-book history and tweaking the high concepts to tell entirely different stories. In one case it was  2003’s Red Son – the idea asking ‘What if Superman had landed in Russia instead of the US?‘. Later he created Nemesis which mused on the idea of someone with Bruce Wayne’s resources using their strengths as a villain. Though there’s no formal Millar connection, Brightburn released on DVD this week, feels tonally similar in its high-concept set-up to both – in this case the film asks: ‘What if  Clark Kent was genetically bad?‘, essentially telling the tale of a baby that crash-lands from another planet in a rural cornfield and is then secretly raised by an American couple (the Kents in all but copyright-dodging name). However, this is an infant who doesn’t go on to embrace the better humanitarian values, instead his alien ancestry asserts itself with scary powers (flight, heat-vision, speed) and he embraces innate feelings of superiority.  Spoiler: there will be tears before bedtime.

Arguably, there’s little new in Brightburn‘s story – we’ve seen many a similar horror-tinged tales of pre-school scares  played out on cinema screens, home entertainment systems, comics and books over the years. There’s a familiar template that allows you to be at least one step ahead of proceedings, punctuated by some requisite  jump-scares and wondering when things will happen.  Perhaps it’s a testament to the longevity of  – and familiarity with – that the Superman mythos and how it resonates on in our culture so completely that essentially gives what could be Brightburn‘s rather generic demon-seed story the specific ironies and flipped touchstones it needs to be that bit more. But only just, with director David Yarovesky and producers including James Gunn (from a script by brothers Mark and Brian Gunn) playing to safer expectations rather than doing anything more compelling. This DVD release and the current Netflix offering Eli both put kids centre-stage for their stories and both play to the strengths of good casting and a growing sense that things will not end well for a majority of the screen ensembles.

Relative newcomer Jackson S. Dunn’s turn as the adolescent Brandon imbues the character with both pathos and dread. One minute he’s the confused kid dealing with familiar problems that we want to protect, the next he’s feeling the draw of something far more sinister and from whom we need to run. Dunn’s often subtle changes in expression and posture, not to mention that homemade sack-mask, sells the bit-by-bit transformation from potential saviour to potential destroyer of worlds.

Elizabeth Banks made a name for herself in comedy projects, but is continuing to impress behind the camera (she also helms  the upcoming Charlie’s Angels reboot). Here she’s she’s in acting mode (David Yaroevsky directs) and does all required to convince as a mother desperate to have a child and slowly becoming aware that the miracle she believes she received might be anything but. Outcast and Parenthood‘s David Denman is the father who cottons on a little quicker though it doesn’t do him much good. Shot in the same school-location as Stranger Things, Brightburn amps up the tensions, even if we know what’s coming and on that level produces a decent horror outing. 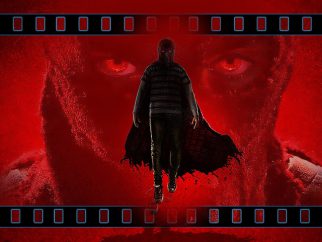 Dethroned I: ‘Star Wars’ has not G.O.T. Benioff and Weiss…