'Six Degrees of Freedom...' may be the latest Twilight Zone entry, but it doesn't quite bring home the bacon...

A manned mission to Mars, the first in an ongoing project to find a home beyond the cramped, polluted Earth is minutes away from take-off. But as the countdown begins, news comes of a nuclear-launch from North Korea. The crew of the ‘ Bradbury Heavy’ have literally seconds to decide whether to abandon their craft, unsure whether they’ll even make it down the gantry, or launch. After the briefest of discussions they launch…. and then have to make another speedy decision about whether they’ll stay in orbit and return to Earth or proceed to Mars – all with very limited knowledge of what’s going on below.

They’ve trained for years for this privilege and mission and though it’s not initially an unanimous decision, they decode to head for Mars in what will be over a year’s worth of travel and still with the possibility of death when they get there.

But as the days, weeks and months tick by, not everyone feels the decisions being made are the right ones… and at least one crew-member starts to believe something about their situation doesn’t add up…

The concept at the heart of Six Degrees of Freedom is a well-trod but rich and effective one: the idea of a group of disparate people confined in a relatively small space and with limited knowledge of what is going on beyond that containment.  The power of such stories is both in the way individuals react to that lack of clarity and to each other and how the conspiratorial or the paranoid pays off in the end. You can either tilt the drama to be in the dynamics of the group and make the reality almost irrelevant or you can make the revealed truth your exclamation point – and the best examples find a mixture of both.  But though it ties hard, this latest entry in the Twilight Zone reboot wants both and somehow just misses on achieving either as well as it could.

Before its apparent nuclear apocalypse, there’s some montage world-building and character-building as the tight-knit group ready for blast-off to Mars to the anarchic sounds of Family by The Interrupters. The team is under the control of Flight Commander Alexa Brant (DeWanda Wise) her pilot Casey Donlan (Jonathan Whitesell), flight engineer Rae Tonaka (Jessica Williams), flight surgeon Katie Langford (Lucinda Dryzek), and mission specialist Jerry Pierson (Jefferson White). This is clearly a group that have trained and worked together and like and trust each other. There’s almost the feeling this could be the pilot of a tv series (and amid the now compulsory Twilight Zone easter eggs, writer Glen Morgan does get in a sly nod to one of his previous shows Space: Above & Beyond).

Though there’s some genuinely good tension generated in the initial decisions to be made  – to abandon the launch, to return to Earth or continue towards Mars with literal minutes to make that fateful choice – the conflict that follows the decision to push forward slowly peters out into fairly generic fare. The casting and acting per se is fine – narratively there’s some illicit coupling, some snark and hypocritical command decisions. In many cases, we’d see maniacal, duplicitous fracturing, but with the exception of Pierson’s growing belief that something is wrong with the events that are happening, there’s nothing that feels like real conflict or actual danger to the team – just understandable, claustrophobic tensions and some snark.  It’s all a bit like watching a SF-themed edition of Big Brother highlights rather than a tension-filled drama. There’s a drip-feed of references and elements made to make you go ‘Hmmmm…‘ – from TINA the computer (that doesn’t factor in as much as you’d think) to the controversial Orson Welles’ War of the Worlds radio broadcast which many took to be real at the time and the Great Filter theory about mankind’s place in the universe… but it’s in those nods that the episode essentially skips its surprises and lays out potential solutions: essentially saying ‘I wonder which outcome of these choices it will be?‘  Is it all fake (which has been done so many times and even echoes the first classic Twilight Zone episode Where is Everybody?) or real (in which case we’ve essentially watched a fairly un-Twilighty standard drama)?  The actual denouement we do get has a sense of trying to have it all ways around.

In some ways, this is the most Twilight Zone entry to date, but despite good casting and performances, it still feels like pacing is a major issue (a plot from several movies  that somehow feels both truncated and too-long for its hour) and that the chosen mission statement- pushing archetypes and message above measured surprises – isn’t doing the show any favours. The last week saw confirmation that the Twilight Zone series will return for a second run. But if it’s going to be a fraction as memorable as the classic runs of old and even close to matching the Black Mirror series that currently holds the genre mantle, then it will need to find a far better balance between blunt and overt topical, social commentary and high-concept stories that have some genuine feeling of otherness to them. 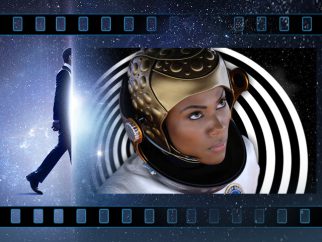