The Battle for Winterfell is over - but Westeros is still a divided country in 'The Last of the Starks'...

Winterfell has been successfully defended against the Night King and the White Walkers, though the cost has been many lives of hose loyal to Jon Snow and Daenerys Targaryen.  And even those who survived are fully aware that they are now in the period of calm before another storm and the march south to take on the aligned armies of Cersei who is already digging in her heels and making plans.

The depleted armies of the North have no choice but to face her, but Daenerys is feeling more vulnerable than ever before and wonders how long people will remain loyal to her once they know there’s someone with a better claim to the Iron Throne.  As that knowledge moves from ‘secret’ to ‘valuable information’, it appears that alliances may yet be broken or exploited… but how can the inhabitants of Kings Landing possibly hope to face down a force buoyed by dragons?

There’s a lot of talking in the latest episode of Game of Thrones, most of it underscored by threats, menace and subtext… and an unfortunate Starbucks coffee cup that’s generating more bandwith than anything else…

There have been complaints about the show’s speed as it heads into its final episodes, perhaps finally realising how much it has to pack in and resolve before the final credits roll. Where once the journey from Winterfell to Kings Landing would have taken half a season, it now barely takes half an episode (and that’s fast even by first class dragon) and there is a danger of a bullet-list of plot elements being ticked off, even though there’s an equal feeling that the pot is still being stirred with potential longer-lasting set-ups. Various characters apparently bid non-fatal adieus to the main story, going off to live their lives away from the carnage – though, however well-earned one has to question the narrative timing of the departures of John Bradley’s Samwell Tarly (soon to be a father again) and Tormund (Kristofer Hivju) and his Wildlings heading back North to their own lands. One might suspect they’ll be appearing again before all is said and done… (Notably, Brienne – Gwendoline Christie – and Jamie – Nikolaj Coster-Waldau – finally get together after several seasons of smouldering looks (though Tormund is naturally beside himself on the matter) though with Jamie feeling drawn back to his sister’s sphere in Kings Landing, it’s a union that may not survive long…)

There are two major casualties in The Last of the Starks, Missandei (Nathalie Emmanuel) nearly makes it to episode’s end, but in a moment that will solidify Cersei’s (Lena Headey) monster status (and must guarantee her an ugly but crowd-pleasing demise), she orders ‘The Mountain’ to decapitate Missandei, sending her body tumbling off the battlements in full view of the opposing forces. The other victim is one of the dragons, Rhaegal, brought down by one of Euron Greyjoy’s (Pilou Asbæk) industrial-sized harpoons. It was a wonderfully rendered if tragic scene, though one does have to suspend disbelief higher than a dragon can fly to explain why no-one happened to see Euron’s significant battle-fleet before he ‘suddenly’ unleashed his attack. With Jon’s direwolf and 2/3 of the dragons gone, it’ll be interesting to see where the SFX budget goes… 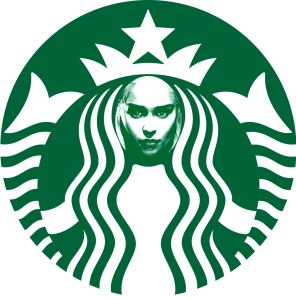 Jon Snow (Kit Harington) and Daenerys Targaryen (Emilia Clarke) are still very much at odds about revealing his secret heritage and actual claim to the throne to anyone else. He wants to tell his family, she doesn’t – claiming that once he does that it’ll be a matter of time before the secret comes out. Whatever her judgement elsewhere, she’s actually not wrong and by episode’s end a whole cluster of interested parties appear to have the information. The most interesting discussion is between Tyrion (Peter Dinklage) and Varys (Conleth Hill) – probably the two savviest, pragmatic and snarky people in Westeros, which could explain their longevity – and though they find themselves both concerned with Daenerys decision-making, they appear to be on opposing sides as what to do about that. The obvious choice would be to see the young couple marry and share the throne, but Tyrion and Varys can’t even agree on that.

Daenerys, so long the great pale hope (at least compared to others) in the midst of all the carnage, is now clearly showing some of the tyrannical characteristics that she’s long-rallied against. She’s still smart and resourceful, keeping both friends and potential frenemies close and indebted. But down two loyal advisors and two impressive dragons so far this season, she’s certainly not in quite the commanding position she was and her knowledge of Jon Snow’s heritage is making her feel more and more isolated… something her enemies are keen to exploit. Perhaps she has good reason to be angry and pro-active – Snow has the love and loyalty of his people, generating respect rather than the way Daenerys simply demands it, but pas honourable as he is, it’s worth noting that Snow’s good intentions have often been less effective than Daenerys’ more forthright actions.

For an episode that’s likely hammocked between two more kinetic  and action-heavy episodes – and one that spends a great deal of its time in quieter moments – The Last of the Starks does a decent job of moving the central pieces where they need to be and ending on a chilling note that would seem to dictate all-out, bloody carnage to follow.  With only two more episodes of Game of Thrones… yes, it is indeed, all to play for now as two incarnations of Sarah Connor find out who will get terminated. 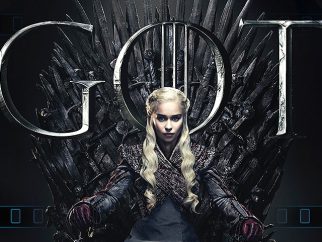