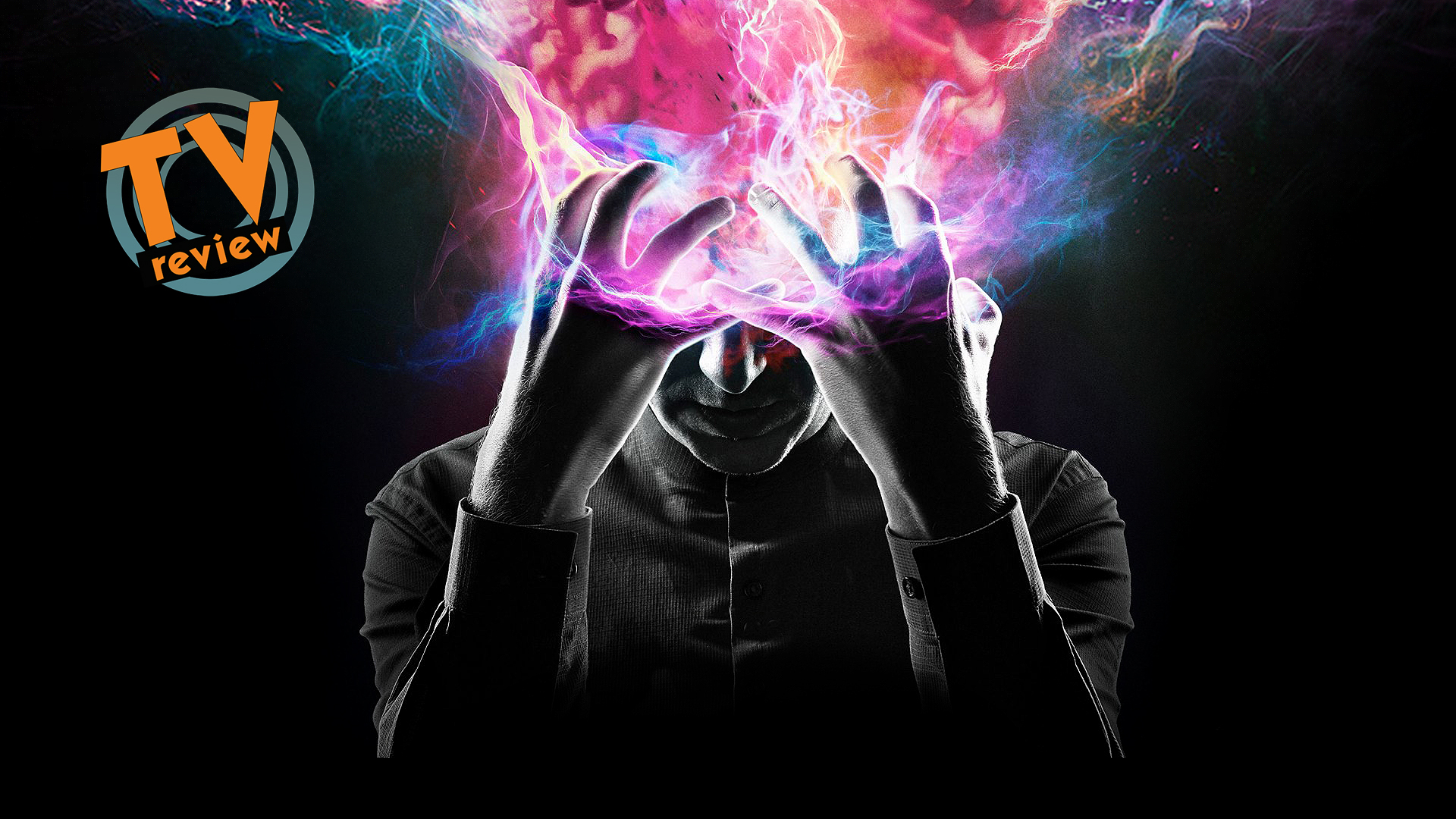 From the pages of the X-Men comes a bizarre new take on the world of mutants. Could 'Legion' get an army of acolytes?
by admin 9th February 2017

David Haller (Dan Stevens) is completely aware he’s not like most other people. Unable to function well in society, he’s grown up accustomed to the voices in his head and not always being able to control his impulses. But the medications he receives in the lockdown facility that is now his home enable him to function well enough with some of the other patients such as the ever-optimistic Lenny (Aubrey Plaza). Everyone there has their own problems and obstacles to overcome but daily conversations with his therapist help dissuade him of the notion that some of his memories seem to indicate extraordinary events and abilities. They can’t be real… after all, no-one can REALLY make things fly through the air or read people’s minds – can they?

David’s placid existence is interrupted by the arrival of a new patient called ‘Syd’Barrett (Rachel Keller) and though she hates to be physically touched, the two strike up an almost platonic relationship, each happier than they’ve been in a long time in each other’s company. But an innocent kiss changes everything and now David is less sure about his actual condition than ever before.

Who are the two interrogators  talking about a terrible accident he caused? Why are there people dancing through his memories? Did the world really turn upside down? Who can he trust? And more importantly – did he just become a woman? As David tries to straighten out his memories and work out what is happening, when it’s happening and why, he begins to realise that he may have been lied to his whole life… a life that might be about to end if he doesn’t listen very carefully…

Covering not entirely dissimilar territory to M. Night Shyamalan’s Split, though with an entirely different tone and approach, it’s likely that FX‘s new show Legion will also divide its audience with its take on how one young man deals with reality – and how reality deals with him.

In an outing that makes The OA look positively grounded, the first episode’s ninety-minute introduction to this brave new world sans frontiers will take some effort to get through: its structure deliberately built on quicksand and air as we try to make as much sense of the wild proceedings as David himself. In what feels like a collision between Baz Luhrman, Tim Burton and Stanley Kubrick we’re guided through a La-La Land of bright colours, deceptive borders and even dance-numbers as both Haller and the audience begin to piece together David’s memories of recent events and his entire life. It’s a bumpy-ride, one that may be off-putting to an audience more trained to sit back, disengage brain and let the superheroics play out in more predictable fashion. Here, you have to hold on tight, pay attention and go with the flow like some victim of acid-trip waterboarding.

Adapted for the screen by writer/producer/director Noah Hartley (Fargo, Bones), the original idea of the Chris Claremont / Bill Sienkiewicz comic is transferred to the screen with some changes to the story  but with the central idea and tone still intact and elements of other ideas that emerged since. Those familiar with the character and comic will note what’s been kept but there’s enough new ideas and rearranging of elements to mark a distinct lack of superhero ‘baggage’ for those coming in cold.

The production-design is spectacular and ambitious, worthy of note and praise: a chaotic but often seamless blend of retro, futuristic, ’60s, ’70s and contemporary features that keep it ‘timeless’ and run parallel to the way that David perceives his journey through life. The special-effects are generally top-notch, marrying with the design and the cinematography and range from the frenzy of telekinetic energy and objects flying around to more subtle transitions between David’s different mind-states.

Dan Stevens is unrecognisable from his breakthrough role in Downtown Abbey. In recent years he’s had one of the most interesting career-shifts of any British actor, effortlessly shifting from the sedate, stiff upper-lipiness of Abbey‘s  heart-throb Matthew to exuding menace in Hollywood thriller The Guest and even provided the voice for TIM in the revamped Tomorrow People. (He’ll also be the Prince in the upcoming love-action adaptation of Beauty & the Beast). Here he grabs the role of David Haller by the lapels and gives just the right amounts of confusion, magic and wonder to a person who has accepted he’s insane only to become somewhat annoyed when it turns out he might have been diagnosed by others’ agendas. If James McAvoy’s character in Split felt artificial, Stevens’ Haller is the opposite, perhaps the most real thing in a mad universe.

Deliberately, the pilot is something of a mess – gloriously weird and infuriating abstract at the same time. If the show is to work in the longer term, then Haller’s personality, the truth and the series structure will need to find a firmer footing, though without losing some of the manic energy that makes it so unique in the current superhero landscape. If the center can hold, this could be quite a ride.