The original '24' series was dangerous and different. Is the same true of its 'Legacy'...?

Before a second of its first episode had been broadcast, 24 arrived on television schedules in the Fall of 2001 with the kind of zeitgiest-grabbing topicality that can’t be programmed, engineered or bought. Mere weeks earlier viewers had watched helplessly as the all-too-real world came powering through their television screens as a group of terrorists downed planes across the USA and burned the image of falling towers into the world’s consciousness forever. For a while no-one knew what it meant for the world, never mind television. Would people’s appetite for cinematic destruction be somewhat tempered?

24, starring Kiefer Sutherland as Jack Bauer plunged us headlong into a world of counter-terrorism that we hadn’t expected to find as compelling. It wouldn’t be the grittiest show to emerge from the debris – but it was mainstream television’s cathartic answer to kicking ass. From the safety of our armchairs and couches, we could watch CTU agent Jack Bauer do what we couldn’t… stop the bad guys in the nick of time. Over a season’s worth of ‘hour’ installments, complete with ticking clock, we witnessed torture and violence (not just from the bad guys), explosions, murderous moles, dangerous double-bluffs, gunfire, chases, recriminations and as the final seconds ticked off, tragedy as well as triumph. By the time the 2002 ‘sweeps’ period was over, 24, Jack Bauer, CTU and ‘Dammit, Chloe!‘ were parts of the primetime lexicon.

In the decade and a half since that 24 debut, he franchise had its ups and downs, often straining at its format-leash of showing things in ‘real-time’ and in trying to up the ante. We would have not-quite-fatal-poisonings, limited nuclear-explosions and presidential assassinations to keep us watching, but even then it was clear that a yearly ‘day’ for the terminally unlucky Jack Bauer might make Die Hard‘s John McClaine look positively happy-go-lucky. In 2010 came the announcement the series would finish at the end of Season Eight with Jack officially on the run but with the secret thanks of a grateful nation. A feature-film spin-off was discussed but the story evolved into a 2013 mini-series Live Another Day in which a majority of the action was set (and filmed) in London. Once again, victory was achieved, but at serious cost to Jack’s freedom. It seemed as if 24‘s long run was finally over…

Of course, never say never again when it comes to money-making tv shows and formulas. In a year full of reinventions, 24 hurtles back into a world where a large slice of the populace must be yelling at the news ‘Hey, why can’t international intrigue in fiction get this bizarre?’

So we have 24: Legacy, a show with a new lead: Straight Outta Compton‘s Corey Hawkins is Eric Carter, a Navy SEAL back stateside and part of a witness protection program after he and his team took out one of the biggest bad-guys in the Middle East.  The problem… in a matter of hours, his team-mates and their entire families are being wiped out by a group not so much looking for revenge as the specific contents of a box that disappeared during the raid. Eric and his wife survive and flee, looking for the only other survivor of the mission for answers. Eric leaves Nicolle with his estranged brother and informs departing CTU chief of the state of play. He trusts her, but there are only two other people with the clearance to have given away the team’s identities, so it becomes a matter of who can they trust? When the searched-for box is revealed to contain a memory-stick with a list of sleeper cells and intended attacks, the clock starts ticking…

Two episodes in… the fun and the fault-lines are on show again. 24:Legacy might not be the show we need but as a guilty-pleasure it’s an effective primetime placebo…

The success or failure of the series may well depend on the evolving story and the spinning of plates than it does on the main cast. In that regard, it’s problematic. For a show that’s all about re-inventing the clock, ‘Legacy‘ doesn’t re-invent the wheel. Though the titles and clock are now a gleaming patriotic red/white/blue neon many of the visual, audio and narrative elements remain largely untouched. Split-screens still show action from various simultaneous places and perspectives, the countdown beeps still signify tension-building and an imminent pause for commercial considerations. But it’s the various story-threads that also feel like a checklist from the past. By the time the first hour was over we had some familiar favorites:  hacking, a potential mole at CTU, political maneuverings, estranged siblings, a sub-plot involving teenagers etc. Noticeably there’s a growing suspension of disbelief to grasp… it’s one thing to have individuals make choices that promise to conveniently prolong the plot across – this time – twelve hours of drama, but if they’re the kind that says ‘I need $2 million quickly – I know I’ll… rob a police-station‘ or ‘I’ll get my lover killed because I don’t like his old girlfriend who’s hiding out there!‘ it does risk becoming eye-rollingly contrived.  There isn’t a cougar or imminent amnesia as yet, but one can feel the pacing being allocated.

On the plus side, Corey Hawkins’ Eric Carter is an engaging enough lead and wisely not a blatant carbon copy of the Jack Bauer persona – though there’s no denying some similar key-strokes.  He’s primarily, for better or worse, a solider, not an ‘operative’.  He is a man who’s become uneasy about how at ease he can be in a fight-or-flight scenario and one who is desperately trying to convince himself he wants to be a family-man rather than a company man. When trouble seeks him out, he’s efficient and lethal, pragmatic and persistent, but he’s not as experienced in civilian work – this is a person who likes a clean objective and mission and while he can think on his feet, the idea of a conspiracy is well out of his comfort-zone. Essentially, we watch him be successful in some regards and yet unbelievably reckless in others.

Miranda Otto is a under-rated movie actor (probably best known for her work in The Lord of the Rings) but in the first two episodes at least, her role as the ex-head of CTU doesn’t give her much latitude than to go through the motions of every person who has held that role to date (looking confused, conflicted and then making some fraught decisions that come back to bite her). Her husband, the ever-reliable, though suddenly looking much older Jimmy Smits, is being fast-tracked as a Presidential candidate as is frustrated that she is distracted from her promised campaign role as supportive wife. Could HE have a mole in his operation? Well, again, this is 24…

Real-life is once again as politically-charged as it was when 24 debuted, if for more personality-led reasons than actual terrorism-threats and one would suspect that the show will reflect that bristling unease. It is probably a series that will have to be judged once it has completed its full run, rather than at this early stage. But it initially feels less fresh and relevant than, say, the franchise’s first appearance but quite far ahead of some of the latter seasons of the Sutherland run – ‘days’ that often felt they were becoming less and less connected to reality even as they continued to entertain.

Two episodes in… the fun and the fault-lines are on show again. 24:Legacy might not be the show we need but as a guilty-pleasure it’s an effective primetime placebo. 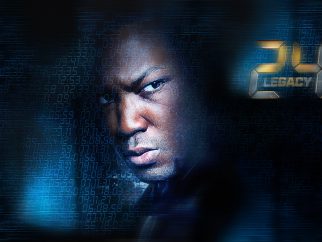