Small procedural steps forward are made as the agents find themselves fighting bureaucracy and scrutiny...

Formally denied the option of further investigating corrupt lawyer Joe Hudlin, the team decide to ignore the official sanction on their activities by their boss Paul Krendler, and cautiously continue to investigate anything that might help their case. The apparent suicide of a medical student catches their attention and further developments hint at a medical connection.

But even as Krendler does his best to escape Hudlin’s manipulative talons and demands, both Agent Starling and Agent Mapp find that the day-to-day priorities of the Agency may not be designed to work in their interest… will any of their good works find deserved favour?

The latest episode of Clarice is a core entry disguised as the procedural of the week – to the extent that I’m not sure I could give you a real explanation as to the hows and whys of why a medical student apparently took her own life by plunging off a bridge. Clarice and the ViCAP team (minus Kal Penn’s Shaan Tripathi who’s conveniently off visiting his folks – which is a shame because his specific language skills are needed) have an interest in the case because of a tenuous connection to the corrupt lawyer Hudlin (Raoul Bhaneja).  Due to a rather convoluted set of coded clues, a safe-deposit box is located with some interesting documents. The victim was pregnant and her foetus bore some of the abnormalities and missing organs that turned up in the questionable drug trials that seem linked to the River Murders we saw at the start of the season and to which we now know Hudlin plays a part. There’s not enough evidence to be anything more than circumstantial, but the team need every piece of the puzzle they can find.

We know that Krendler (Michael Cudlitz) is a good guy at heart and so it was surprising to see him apparently capitulate to Hudlin’s extortion in the previous episode, curtailing the investigation into his activities. Thankfully the series doesn’t draw that out that conflict and thread too much and while initially Krendler works on his own strategy to bring his adversary down, he’s finally convinced – not least by the sharp, disapproving  words of long-time friend and colleague Clark (Nick Sandow), to explain himself and his actions to the team. Off-the-record, the investigation will continue, in earnest, but as they don’t know who else is involved or who to trust, it’s going to be an uphill battle.  For the viewer, watching the officious but serpentine Hudlin twist the knife only makes want his downfall to come as quickly as possible.

The episode is framed by looking at the emotional conflicts at work being independently faced by Starling and friend and colleague Ardelia Mapp (Devyn Tyler). Clarice is willing to talk with new psychiatrist Dr. Renee Li (Grace Lynn Kung) as part of her dealing with recent traumas. We learn more about her childhood – her mother shipped her off to relatives and then an orphanage in the wake of her father’s death and the necklace around Starling’s beaded neck is the last present he ever gave her. She also opens up a little more than she has done in the past – admitting that there’s a balance in wanting to been recognised and ‘seen’ rather than just scrutinised and evaluated. Mapp has a similar problem in the sense that her duplicitous boss Anthony Herman (David Hewlett) pays lip-service to all her achievements but dismisses her need to be valued for it, instead passing on the innate glory and media coverage to an undeserving underling and undermining any promotion – driving Mapp to more fully embrace the growing Black Coalition for agents of colour to make their voices heard more overtly. It’s tempting to think this is rather heavily-handled, until you realise that this is the 1990s and then realise again that not enough has changed since…

Clarice is one of those shows currently ‘on the bubble’, where renewal for another run is far from a certainty. It would be a shame if the series doesn’t come back for another run. It has had its problems, but it has picked its way through filming and narrative obstacles (not to mention irregular scheduling) pretty well over the weeks – COVID not having too much of a negative impact on shooting and the awkward rights-issue over any mention of Hannibal Lecter largely being avoided (though he-who-must-not-be-named is not-named again this week). It feels like an ensemble show finding its feet beyond its singular tittle and it would be good to see it truly hit its stride given the chance… 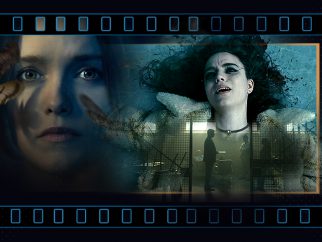 Venom: Let there be (the trailer for) Carnage….