The monsters are all too human in 'Dead People Lie Down', the second episode of the spin-off show...

After the riot that left many injured and several dead, Tiago (Daniel Zovatto) manages to get into the hospital – despite the resistance of his fellow officers – to check on the condition of his older brother, Raul (Adam Rodriguez) but the news is anything but hopeful. However younger brother Mateo (Johnathan Nieves) is saved from an ugly confrontation with the local ‘law’ enforcement by the street-wise Fly Rico (Pose’s Sebastian Chacon).

The wider investigation into who left the bodies in the LA ‘river’ must continue and Tiago, seeking a distraction from personal troubles, finds himself trying to speak to ‘Sister Molly’ the voice of downtown LA’s Joyful Voices Ministry, but his initial welcome is far from warm when he encounters her mother acting superior.

It’s clear a lot of people and groups are finding themselves with competing agendas and it looks like nothing will come easy for any of the human inhabitants. But for others…

The second episode of Showtime’s Penny Dreadful: City of Angels doesn’t have much in the overt demonic and supernatural elements, but turns its focus to more of the human monsters that populate Los Angeles in the 1930s. We’ve already seen Magda’s machinations, where it takes the merest whisper to motivate the more base elements of humanity and give them a push in the wrong direction and Dead People Lie Down  begins to see her continue to influence the great (and no so great) and the good (and not so good) to her own agenda.  It’s in this way that the show is so far finding its most compelling reason to watch – that uncomfortable but fascinating insight, almost voyeur-like, into the less paltable traits of the human condition. By the end of each episode you’re quietly wondering but demanding the fall of some of the more brutal and full-of-vitriol types on show.

The cast themselves continue to impress.

Dormer continues to play multiple roles with aplomb – shifting effortlessly through a rogues gallery of duplicitous characters all manipulating key individuals along the way… but once again, Lorenza Izzo as Santa Muerta is used sparingly, enigmatic but unmistakable in her funereal refinery. Daniel Zovatto as Tiago conveys a character continuing to be caught between two worlds – resenting the conflicts he’s faced with and to which he has to react.

Nathan Lane’s detective, Lewis Michener, continues to be the best supporting character, his delivery of every line loaded with weathered experience and sardonic observations on the human condition. So far he also seems the most straight-laced – while almost every other character is compromised in some way, he has a throughline based on morality and though aware of the less than palatable limitations at work and picking his battles, he regularly steps up to the plate and against those who don’t measure up to certain standards. He recognises the overt racism directed at the Mexican population, all too aware that the growing Nazi forces in Europe are already making their anti-Jewish sentiment known in the US. Though Tiago is likely our default hero for the time being, it’s Lane’s Michener that actually inspires the most.

This second episode also sees the debut of Sister Molly, played by Kerry Bishé, a songstrel for the Joyful Voices Ministry who offers a pathway to salvation that has more than a hint of suggestive music-hall. She’s the ingenue of the piece, a character that Tiago feels immediately drawn to during his wider investigation. But Amy Madigan – in fine if sullen form as her mother and the guiding hand of the ministry’s affairs – is far more acerbic. Rory Kinnear’s Peter Craft is hateful, but presented as more vulnerable this time around and  Brent Spiner, late of Picard, loses all the cosmic affectations to present a captain who once cases closed rather than solved and who doesn’t hide that fact. However Michael Gladis as the all-too-easily manipulated councilman Charlton Townsend is the most boo-hiss of all.

As historical fiction sharing sidewalks with real events and attitude, City of Angels continues to drip with period-power and Dead People Lie Down shows it doesn’t need the supernatural elements to dominate. That being said, the show will need to find a balance to carve out a specific niche as it goes along  – and on the strength of these two opening episodes, there’s every reason to stick around to see how it goes… 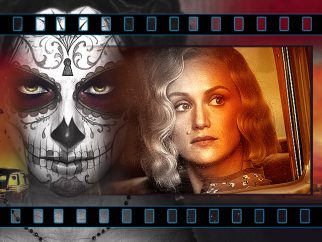 Despite appeal, ‘The Lincoln Lawyer’ won’t get day in CBS court…