Thousands of years ago, Xu Wenwu (Tony Leung) inherited apparently-unbeatable powers given by ten extra-dimensional rings. Imbued with eternal life he established himself as ruthless ruler and even when deciding to operate from the shadows as the eons went by, he exerted enough influence to become a myth and legend. To some he was Khan, to others the Mandarin. But driven for riches beyond the physical, he sought out the mythical land of Ta Lo, where its guardian, Li (Fala Chen) humbled him. But that would lead to a love story in which both gave up their powers to exist in the mortal world… where tragedy would follow.

Their children Shang-Chi and Xialing both flee the wrath and powerbase of their father, finding their own ways to survive in the world. But years later, with Shang-Chi now living the life of a lowly valet in San Francisco, he is attacked by a ruthless group of combatants and forced to reveal his heritage to best friend Katy.

A family reunion is on the cards… and an attempt to gain what was once lost… but with it, possibly hangs the fate of the world.

For those without ready access to a COVID-safe cinema, the launch of Shang-Chi and the Legend of the Ten Rings has finally arrived on legitimate screening service Disney+.

The problem with the recent Eternals film was that it created a whole team of super-powered people who had co-existed but not co-operated with audiences for eons. It was akin to launching the Avengers without the solo-outing groundwork and emotional investment. While Shang-Chi only has brief cameos from the wider Marvel Cinematic Universe, it’s story is wisely a little less all-encompassing… it’s an introduction not a eulogy. Yes, there’s larger-than-life elements… rings that bestow immortality and a threat that might have a global impact but it’s not presented in a way that would logically have every other hero on the planet racing to help and notably AWOL. The action might take place in San Francisco and Macau  (plus a Shangri-La-adjacent hidden realm called Ta Lo) but it  feels just detached enough to be a starting point rather than an Endgame.

Like Black Panther, to which it will be inevitably being compared in some respects, it takes the audience in to another modern take on timeless culture – one with underlying mythological might and a proud heritage – and allows you to embrace its recognisable qualities and quirks. Unlike older efforts to highlight Asian communities and faith (of which there are plenty of embarrassments scattered through screen-history and even modern efforts like the rebooted Kung-Fu can still play to), Shang-Chi has  fun with some of the stereotypes. There are plenty of tropes in here, but it brisks past them with knowing subversive lip-service and knows when to go for the set-pieces and when to play to family-dynamics – dysfunctional as always. Director Destin Daniel Cretton (in his biggest gig to date) handles both well.

Simu Liu, a Canadian actor with a rising career – but likely unknown to wider audiences – gets his biggest break here and gives us an accessible character we can like. The late Chadwick Boseman played T’Challa with an instant nobility and sense of innate duty, but Liu’s Shang-Chi goes the other way. As the amiable but seemingly directionless ‘Shaun’ at the start of the film he’s still immediately engaging and made more interesting when we (and his friends) begin to realise that rather than a lack of urgency, his lifestyle is a deliberate attempt to stay beneath his father’s radar. In his own way, he’s as smart as T’Challa, but avoiding his destiny rather than embracing it.   Awkwafina, playing Shang-Chi’s best friend Katy, could have been annoying but her sense of timing and ‘Wait, WTF?’ attitude actually allows her to steal several scenes. She’s in the audience’s position of finding out an engaging but unassuming friend has a dark past and important position and then being thrust into a world full of assassins, magic and high-flying escapades she can barely understand. She has her own character-journey but it’s her ability to punctuate some of the more pompous moments that works to best effect.  Newcomer Meng’er Zhang as Shang-Chi’s estranged sibling Xialing makes quite an impact as a woman who trained herself in the wake of her father’s lack of interest but ironically shares many of his aggressive traits. Zhang is able to handle the physical side as well as the emotional and could be being set in place for further complications further down the road.

Smartly, there are two martial-arts/eastern cinema mainstays to help guide us through. Michelle Yeoh (here in another recognisable, full-of-ass-kicking-grace, mentor role called Ying Nan ) arrives late in proceedings but does everything necessary and Tony Leung’s Xu Wenwu makes the somewhat tragic villain of the piece, caught between immeasurable power and grief. There’s also the reappearance of Sir Ben Kinsgley as Trevor Slattery, there to provide some comic-relief but mostly to tidy-up the contradictory nature of the ‘Mandarin’ legacy that’s permeated through the Iron Man movies. Benedict Wong reprises his Doctor Strange supportive Wong character, providing some fun moments and some light but promising connective tissue.

There are sequences, particularly towards the end, where CGI dominates and moments where they enhance proceedings or you just have to go with the swirling mass of pixels or not. The scattered wonderland Ta Lo creatures range from adorable genetically-spliced creatures of legend made real to the now-compulsory reptilian-winged monsters that seem the current go-to for the blockbuster VFX-houses. However it’s in the more physical stunts and combat areas where the film does best – they are notably good and immersive and the film is rightly dedicated to Brad Allan, the acclaimed stunt-co-ordinator who passed away before the film’s release. He and his team make the action flow. There are times when it looks like the ebb and flow ballets of Crouching Tiger, Hidden Dragon and others when its more cut-and thrust aggressive, but whether you’re a casual film-goer or a Bruce Lee, Donnie Yen, Scott Adkins enthusiast, the chances are you’ll be impressed by the multitude of hand-to-hand combat that regularly punctuate proceedings.

The film leaves us with – spoilers – Wong summoning Shang-Chi and Katy to help him and we have two credit-scenes add footnotes: Brie Larson’s Captain Marvel and Mark Ruffalo’s Banner (interestingly back in human form rather the amalgamated persona we saw in Endgame and which will also guest in Disney+‘s upcoming She-Hulk series) discuss the origin of the Rings with Wong, with a ‘let’s keep an eye on this‘ decision and Xialing’s post-battle decisions make interesting place-holders.

Shang Chi has a familiar formula (particularly in the latter half) that prevents it being truly great and doesn’t so much push boundaries as set up a foundation from which to pivot forward – but it does so well and marks another well-executed part of the Disney/Marvel strategy. It’s on a level with many of the MCU‘s origin outings rather than their sequels or epics and though the post-credit promise is that the ‘Ten Rings will return…‘ rather than Shang-Chi by name, it seems likely that the positive critical reception will lead to the hero becoming a repeat-player as MCU‘s Phase 4 continues… 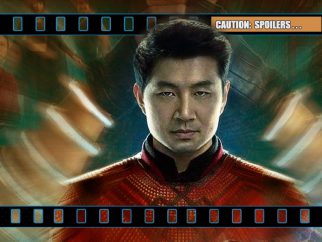