The two final episodes changed the fortunes and course of several 'Snowpiercer' regulars...

Wilford has control of Snowpiercer and wastes no time in punishing Layton, confining him to ‘the Swamp’ rather than killing him directly. With absolute power onboard the train, Wilford contemplates what to do with those he now rules. He recognises that some of his so-called allies might be fickle and yet some conspirators may still be of use… and he sets about making them prove their positions with a supper where revenge may be on the menu.

But Wilford may have underestimated Snowpiercer’s determination to get back to Melanie and the worldwide data that could change everything – and while Layton is imprisoned, he’s not dead or a martyr. A desperate plan to free him gets underway. But what will success look like, what sacrifices will it demand and who will be left in control… even if things go right?

The first hour of what, by quirks of scheduling, became the first half of a two-hour/same-night season finale for Snowpiercer, was a triumph on many levels.  On a production design level, the department was unleashed to do their best and worst in the sense of the grotesque. Some of Wilford’s theatre and theatrics was deliberately cheap and tawdry – the puppet-master’s puppet-show (as with any Punch and Judy effort) is not in the quality of the figures but in what they represent and how they speak truth (or platitudes) unto power. The ‘fun-fair’ carriage, once imagined much bigger before covid restrictions curtailed some of the plans, works better as a cheaper and more sparse environment. Watching Wilford’s semi-captive audience shift uncomfortably as they were made to watch Melanie’s paper-mache ‘death’ was all the more powerful because of the simple stick-figures involved.  Layton languishes in ‘the Swamp’ the literally shittiest part of Big Alice, shovelling what others leave behind. It’s hard to tell whether he’s given up or still planning, but others are ready to get word to him they’re still behind his revolution… and so we have the two ends of the train and the two men who personify them and you can tell it’s not going to end well.

The second hour largely pays that off, with Layton’s inevitable escape and the attempts to thwart Wilford so that they can pick up Melanie and retrieve her and the valuable world-changing data she’s carrying. People finally pick their sides and the viewer is essentially led along and will be a viewer with amazing self-control who isn’t seething at various characters and actions and demanding some sort of blood as the minutes tick by…  Director Clare Kilner, soon to direct the House of the Dragon, Game of Thrones spin-off pilot, helms both episodes and keeps viewers on the edge of their seats.

Wilford’s Achilles heel has been that of despots and demagogues throughout history: demanding and expecting ultimate fealty but not seeing the need to return it. His ‘Last Supper’ to gauge whom he can trust basically puts the fear of God into the gathered ensemble, but does nothing to make most of them truly loyal. Even those who might have tilted in his favour at one point start to recognise the line-in-the-sand they’re being asked to cross. Some show their colours by capitulating, but the majority  – maybe surprisingly -find the courage to make a token stand.  When Ruth – once the very cornerstone of Wilford’s support – chooses to stand against him because she realises that she is loyal to the train not the man, you fear her days are numbered, but she very much comes into her own in several subsequent scenes and, in many ways, it’s her redemptive-arc and the fact she survives it, that gives some hope for Snowpiercer’s eventual fate down the line.

With several grisly demises throughout the season, there was always going to be a further death-count by season’s end, but it turned out to be remarkably low given that Wilford was otherwise all about settling scores. There were moments when it looked as if Bess Till (Mickey Sumner), Zarah (Sheila Vand), Ben (Iddo Goldberg ) and Ruth (Alison Wright) were goners for sure, but in the end Wilford stayed his hand or missed his opportunity. However Javi (Roberto Urbina) apparently perishes fulfilling his side of the technical efforts to slow the train and it’s possible Aleks Paunovic’s Boki the breachman is also gone, beaten to a pulp (though he may be just badly hurt and back according to reports). Frankly, even if you see a body on Snowpiercer, it might not be the end.

On that subject, the big question is: is Melanie dead? We’d already seen Snowpiercer speed past her in the earlier standalone episode and we were all about catching up to that point and getting to join the connective dots. But most viewers would have expected a last-minute save, especially as most of the finale itself was about the desperate attempt to go back and pick her up. The resolution implies that it was too late, that after Melanie saw Snowpiercer pass by, she knew she didn’t have the heat or the food to survive more than a few days more and decided to use what little power was left in the research station to protect the hard-drives with information about the global warm-up. (We get a voice-over monologue from Connelly saying as much but, interestingly, no new footage – Connelly wasn’t available for all the later filming, which is why the well-crafted, time-bending cliff-hanger earlier in the season was created). And – most importantly – yes, we don’t see a body, just her words saying she’s going off to die ‘in the white’ on her own terms. Given Connelly’s star-power and the fact that the likes of Josie, Wilford and Alex have been presumed dead at various points (Josie’s ‘death’ even on screen), it seems a little ‘off’ to effectively have her perish off-screen and make it final. So perhaps we really shouldn’t rule out a wild gambit of sorts on her survival… especially given that showrunner has, at least,  confirmed that Connelly will appear in Season Three in some capacity.

Among some moments of lighter satisfaction. How good was it to see Kevin well and truly slapped and then get electro-prodded (we should feel sorry because he’s been mightily abused, but he became such a toady for Wilford that he deserved everything he got; how surprising was it that Osweiller (Sam Otto) can sing? – there are also some more solemn surprises. For several weeks, Audrey has been snuggling up to Wilford but most viewers probably thought this was some deep-cover deception and I spent most of the finale waiting for her moment and the show to drop. That never came, quite the opposite: it seems Audrey, pragmatic to a fault, genuinely was all-in with her paramour and pays the price. It’s not the ultimate one (which also felt like it might be an option towards the end) but it leaves one of the most interesting characters of the season in a potentially far weaker and more compromised position for season three. It’s no surprise Wilford survived – even have been nicked in the neck by Alex – but leaving the despot in such control of the main train at the end was unexpected.

This past season hasn’t been perfect – some characters and elements from the first season were conveniently side-lined or dropped to enable the central cast to make more dramatic decisions and several new ones were introduced who have yet to develop. We saw Jaylin Fletcher reprise the young (now taller) Miles mid-season, but nothing since and no-one’s referred to him despite being an emotional pivot in the previous run. The killing of Terence (Shaun Toub), the godfather of the train’s black market has surprisngly gone without real consequence and where was Steven Ogg’s Pike in the finale? Equally the time-line for these last episodes is hard to keep on track, with sometimes minutes passing between scenes, sometimes days. It’s been a case of too many plates being spun at one time, but the main ones have been spinning well. Generally, it’s been a series of character-studies, how tragedy, revolution, power and love being out the best and worst in people.  It’s shone the spotlight on considerable talent, on-screen and off, with multiple MVPs from week to week and and it’s been Sean Bean’s best role in quite some time.

Snowpiercer’s been an interesting and timely show to watch this season, ever more on both an interesting tv drama and a socially-commentary level. It’s life in micrcocosm, taken to the max and with that third season confirmed, it still has plenty of track left to explore… 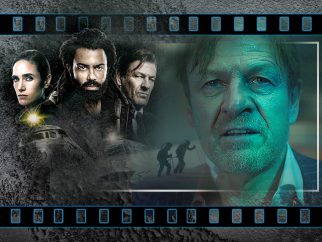