Despite some soap-opera elements, the latest 'Snowpiercer' pulls off genuine surprises and heats up the conflict...

With the two trains now solidly locked together it’s clear that some sort of balance, temporary thought it might be, has to be agreed. An exchange of ‘guests/prisoners’ is arranged in which both sides will obviously try to evaluate the others’ strengths and weaknesses.  But even as Wilford agrees to a ‘diplomatic’ meal, other factors start to emerge that could throw the powerplays into chaos.  Mel’s discovery about the snow gets further confirmation and may utterly change her role and  – even closer to home – Till realises that the attacks on the ‘Tailies’ have a distinct motivation.

And just who is the mysterious patient in the makeshift sickbay?

In many ways, Snowpiercer is settling in to the ensemble show it needs to be. Daveed Diggs’ Layton may have been the focus of the first season’s revolution, but while maintaining centre-stage, he settles in to the broader tapestry of others’ agendas. Jennifer Connelly’s Mel is dynamic and resourceful but she too works best when she’s thinking on her feet, in the service of the grater good or not.  It’s the story of Snowpiercer rather than just Layton and that opens up a lot of possibilities. Like a Game of Thrones on ice, Snowpiercer seems to be a show where everyone is genuinely in danger and there’s the possibility of even big-name, central roles being at risk (and there’s certainly the feeling that there will be further significant casualties to come before the season ends).

We live in political times and despite being filmed over a year ago Snowpiercer reflects and navigates familiar waters, pushing them to the fore this season. Sometimes that is graphic, sometimes more subtle – for instance an interrogation scene involving real food as a bribe directly echoes the Season one scene where Layton is the person being questioned – and now he’s the one holding the plate and using it as leverage.

Sean Bean continues to walk the Wilford line well. There’s little doubt that the billionaire is an arrogant megalomaniac with a god-complex, but Bean and the script also show a dangerously calculating individual whose charisma and presence can make people stand and cheer for him or commit suicide on his command. Wilford knows the power of legend over reality and uses the affectations and accessories of wealth like a Roman emperor, happy to be seen as over-the-top and gregarious but never quite hiding his contempt and ruthlessness for those who don’t praise his new clothes with enough vigor. The ‘dining car’ diplomacy is a lovely scene of theatrical tit-for-tat of posturing but it also shows the uphill battle that Layton and Snowpiercer will have against a person who was seen as a martyr and saviour for creating Snowpiercer in the first place.

Wilford’s control over Alex (Rowan Blanchard) is interesting to watch and it’s clear from Blanchard’s nuanced performance that it’s shifting. Alex is a girl who wants to actively hate her own mother and that suits Wilford’s purposes, but she’s also bright enough to know when anyone is manipulating her and to push back. It will be interesting to see the decisions she’s going to have to make as the story progresses and forces her to make hard choices.

In one of the other plot-threads, the wave of attacks against some of the Snowpiercer ‘Tailies’ also boasts some sleights/slices of hand when Till (Mickey Sumner) realises that the choice of dismembered digits in the victims is no coincidence and the three remaining fingers echo the ‘W’ salute that Wilford’s militant supporters use. It’s chilling in a physical and political way and, historically, seems similar to the slicing of archers’ fingers that led to the two-finger insult with which we’re all likely familiar.

But beyond untimely deaths and the continued survival of Sean Bean, Snowpiercer also achieves other surprises and in this episode there’s the return of a familiar face that we defy anyone to say they saw coming.

Though Josie’s death came as a surprise last season, it’s now clear that news of her demise had been greatly exaggerated. Though apparently felled by a sub-zero-blast during her encounter with Mel, we’re now introduced to a critically-ill ‘Jane Doe’ that turns out to be a face-bandaged Josie, presumed by the doctors to be just another anonymous casualty of the revolution’s carnage. In lesser scripting hands this resurrection protocol could feel like a daytime soap moment but here – while admittedly stretching believability on her chances of survival – it feels like an unexpected and exciting wrinkle for current events. It’s a element that could have seen Zarah kill the near-comatose Josie and then deal with the guilt or her survival being kept a secret from Layton for several episodes at least, but keeping up its tradition to zig instead of zag, the show immediately pulls the trigger on the plot-point, letting the crew know and we see Layton rushing down to see her. What this means for the Layton/Zarah/baby dynamic is clearly up in the air, though the skin-grafting techniques conveniently used on Mel’s ice-burns last week indicate that we might be seeing a healthier Katie McGuinness before too long.

Once again, a solid entry for Snowpiercer. With the fantastical elements pushed further into the background and a re-focus on character motivations along with those unexpected narrative shifts…. we’re back on track. 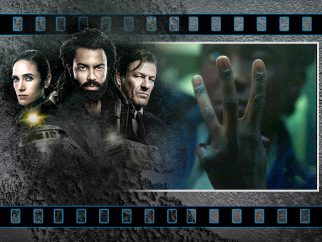 V for Victoriana: ‘The Nevers’ trailer arrives ahead of April debut…