An Ode to Code. Fox’s familiar ‘nExt’ still generates some AI chills…

It's hardly the first hour-long primetimer to tackle AI, but Fox's 'neXt' asks some interesting questions...

Tech guru Paul LeBlanc left/was forced out of the company he started when he objected to some of his cutting-edge code being used in AI research. he believed that having a system that could rewrite its own code to improve itself was an innate risk and should never be allowed out of its box.

But years later, senior FBI Cybercrime Unit Special Agent Shea Salazar hears the news that her mentor  Richard Weiss (genre-stalwart John Billingsley) has been in a serious car-crash… in the seat beside him was a hard-drive with LeBlanc’s name on it and on it a video with Weiss seemingly rambling on about a conspiracy involving electronics. LeBlanc is summoned in and is horrified to see some of his old coding on the Weiss footage and enlists Salazar to get him back into his old company offices to find out if his worst fears have been realised.

Salazar thinks both Weiss and LeBlanc’s claims are likely nonsense, but when she probes further, strange things begin to happen to her own computers  – at work and at home.

Has the neXt program evolved… and, worse, escaped?

There’s been plenty of recent shows based around the idea of AI (artificial intelligence) and the problems with evolving technology. Last year we had Emergence, where a little girl embodied artificial intelligence. It didn’t get a second run, but got respectable viewing figures. But that was hardly the first – it’s been a solid sf concept and cornerstone idea for almost as long as the sf genre itself.

Fox‘s latest effort, neXt personifies that malevolent ghost in the machine but is most effective when it simply stops and makes you think. Many a story suffers from over-exposition and explaining its ideas rather than showing, but here’s a show where the explanation is quite compelling. Though technically high concept in and of itself, it feels slightly more technologically realistic, in fact worryingly so when you suddenly notice internet adverts on your computer that reflect something you were doing elsewhere or you glance at that home assistant blinking in the corner that promises not to listen too closely. Even in a year dominated by social distancing on a physical level we still live in an era of interconnectivity, actively giving away information that may seem random but which can be consolidated down to a fairly accurate picture of a user and perhaps far more details than one would willingly give-up if they stopped and thought about if for a few more seconds.

In short, an almost sentiment computer system, long the stuff of dystopian science-fiction may not yet be the stuff of full-on reality, but a glance around your everyday world is suggesting its edging ever closer far faster than you might have thought.

A crashing car and a malfunctioning hospital room are the set-pieces of the first hour, but the most effective scenes are set in a coding laboratory and as we see  Fernanda Andrade’s senior FBI agent Shea Salazar slowly go from understandable skeptic to a potential believer as the seemingly inanimate hardware in front of her appears to work havoc on another of her investigations. If the computer could bat its eyelashes in faux innocence and utter pure-coincidence deniability it would (and trying to convince anyone other than those in the room of what’s happening will be a difficult road). But not since Hal asked Dave what he was doing in 2001 has a dispassionate, measured voice and a blinking light seemed so politely nihilistic.

John Slattery is good as acerbic billionaire Paul LeBlanc who makes Sheldon Cooper look diplomatic (“I’m autistic!” he apologises for his flippancy at one point and then offers an aside “I’m not, I’m just a dick!“). The show could have cast a hugely charismatic actor with a twinkle in his eye with whom we could identify more organically, but Slattery makes a better choice in some ways – offering qualities that don’t demand you like the character, simply that you believe him (priorities the character himself would likely side with).

In what’s been billed as a ten-episode limited series – which may be no bad thing as such concepts/primetime shows usually run out of steam long before they run out of episodes –  we have a series that feels achingly familiar in its remit but which engages enough to entertain and feels researched enough to replicate at least reliable cliff-notes.

neXt may not be the next big thing, but it could still be a timely and diverting one… 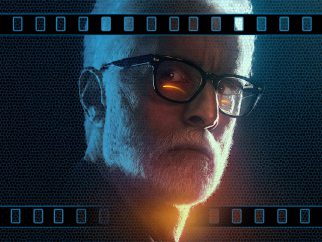 COVID: Nobody do the dinosaur (for two weeks)…