After all the planning, Snowpiercer's rebellion begins as Melanie's house of cards collapses...

Layton has revealed Melanie’s darkest secret and as the other ‘movers and shakers’ of the train react to the news, everyone begins to re-evaluate their power-bases and future. In the first class carriages, Melanie is imprisoned and Ruth reels at her betrayal but the Folgers and Commander Grey see itmerely  as an opportunity to seize control and establish their own authority.

Down the train, Layton rallies the ‘Tailies’ and they begin their march up-train gathering enemies and allies as they do so, with a clash inevitable.

With the Engine and its main controls sealed off from the immediate chaos, the battle for the heart, minds and direction of Snowpiercer has begun…

With two episodes due to be shown back to back next week, this week’s These are his Revolutions feels very much like the penultimate episode of Snowpiercer’s current run. Accordingly, after many weeks of seething resentment and talking the talk, all hell breaks loose as the much-discussed rebellion actually kicks into gear with all the topicality and righteous energy of a Black Lives Matter march and all the spectacle of a Hamilton production. Daveed Diggs cries havoc and lets loose on those who seek to stop the new revolution. He sounds the rallying cry and gives the kind of stirring speech needed for people to follow him into carnage and all the Tailies rise to the cause.

Though not quite as graphic as the film’s conflicts, the bloodshed is far more in-your-face (sometimes literally for various actors) than seen in most of the run to date and there’s definitely a feeling that the budget and narrative have been girding their loins ready for this. There’s well-managed close-quarter combat and some solid prosthetic and CGI work along the way and it’s one time that the narrow sets really come into their own, making every encounter up-close-and-personal.

It’s an episode where everyone has to decide what side they’re on – with some clearly deciding they’re only interested in their own. However many supporting players impress. Till (Mickey Sumner), horrified by what she saw last week now seems totally committed to the ‘Tailies’ cause and backs them up verbally and physically as needed. It’s easy to feel genuinely sorry for Ruth (Alison Wright) given that her total commitment to the Engine Eternal is ripped out from under her with the revelations about Wilford. She may not have any real respect for many of the First Class passengers, but she’s dedicated her life to her  service role in every way and feels utterly betrayed by Melanie (Jennifer Connelly) as the truth comes out.

It will be interesting to see what escape plan Melanie has for her predicament because the singular thing everyone seems to agree on is she’s unfit to command and they want her gone. With the truth out about the amount of control she really has, she’s pretty much lost every ally on board the Snowpiercer with plenty of people from all classes and stations on the train ready to see her die for her sins. We also get to hear exactly what happened to Mr. Wilford  – or at least Melanie’s version of it. She explains that Wilford wasn’t the real brains behind Snowpiercer; that he was a drinking, whoring billionaire who essentially acted as ticket-master and that she left him to die on the exit platform as she pulled the train out with a purer version of the survival ethos he’d promised paying passengers.  (We also learn that Melanie’s own daughter didn’t make it in time to board the departing train and was also left behind though any sympathy is tempered by the self-serving actions of late). In many ways, Sean Bean (who voiced the character) appears to be keeping up his batting average in playing characters who don’t make it to the end credits – indeed, he may have set a new record in being dead since before the opening crawl!)

The ideas of class, societal breakdown and physical, earnest clashes of culture could not be more timely, but as in real-life, such aspects that are spectacularly brought forward in the short-term are often far harder to sustain in the long-term and, equally so, it will be interesting to see how the first run of the show will pan out (with a second season already guaranteed). If the revolution succeeds, what next – and if it doesn’t, the question is equally valid… the drama needing re-fuelling within its claustrophobic setting. Most likely, it seems the status quo will change (it already has), but where that leaves key passengers (should they survive) will be the potential golden ticket going into a further run.

Not the show we expected, but in its own way just as timely as some others that have hit screens this year, Snowpiercer has been ambitious and the finale will ultimately be how viewers validate its fuller track record. 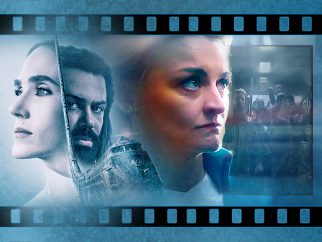