Cinemas are closed, but could blockbusters still beat the social distancing?

If, just a few weeks ago,  you’d asked an industry insider if major Hollywood studios might release their tentpole blockbusters to the VOD (video-on-demand) platforms instead of multiplexes you’d have been met with scorn. Each year the film industry and the cinema chains bring in billions as people gather to watch the latest must-see movies. Though there’s also a DVD and streaming market, the various formats are divided in a way to maximise the revenue potential. That’s why, in a majority of cases, there are purposeful gaps or ‘windowing’ between them. 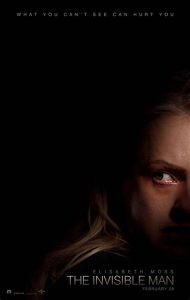 However in the last few days there’s been a notable shift in studio attitudes. Pixar‘s Onwards, released onto the big screen this month, is now available to legally download (and will arrive on Disney+ on 3rd April) and the likes of other recent releases, for instance Universal ‘s The Invisible Man, Emma and The Hunt  are also available in a digital-download window. (Vin Diesel’s Bloodshot, released on 24th March will be available for digital download on 27h March).  Why? Because in the age of the coronavirus (or COVID-19), the multiplex revenue stream is dead in the water. With titles being pulled and venues no longer open, barely a single penny of the usually bouyant market is coming in…  despite chaos and confusion elsewhere, the cinematic landscape is becalmed  The immediate industry answer was to announce those release-date postponements but with no clear answer on whether the global shutdown will last weeks or months – and the realisation that we’ll possibly be still feeling the seismic shift well into next year either way – the financial losses will be unprecedented. In the case of Onward, Pixar has nothing to lose… while positively reviewed and considered to be a hit (it had already taken over $65 million in its first week)  it makes sense to speed it onto the legitimate streaming market and recoup what they can rather than wait until the multiplexes open again. The likes of Disney+, Netflix, Amazon Studios and Hulu, already poised to rise in profile, are seeing a massive spike in viewers as homes ‘self-isolate’, making the  films come to them rather than the other way around. Pixar, pragmatically, is riding the only wave left in town, even if it’s not the tsunami box-office they wanted.  Universal have decided to release Trolls: World Tour  to VOD ‘day and date with theatres’ on 10th April, though the ‘theatre’ part of that is redundant.

There’s been speculation of both Wonder Woman and Black Widow also making the same  jump – but that’s a far riskier proposition and risk. Both movies, heavily marketed and anticipated were expected to push the magic $1billion marker and whenever they arrived on the big screen that’s likely still true. The equation is on just how long the industry can wait for that to happen.  Is it <PAUSE> or <FAST-FORWARD>? The best-case scenario says that the stockpiling films could move until late-summer or early autumn/fall, but as global death-tolls rise, the realisation of a far later date gets far more traction.  Can the industry, that could reasonably expect seven-figure profit margins survive a barren wasteland that could last far longer? Would an apocalyptic year-without-cinema mean that the VOD market looked far more attractive when grading on a (financial) curve?  Right now, the answer is no – Warner Bros. has officially said they have no plans to change their Wonder Woman strategy beyond the delaying of its release. Marvel/Disney hasn’t indicated any change for Black Widow either – but given the massive shift in perspective over just recent weeks, by July and August, it’s impossible to know if the  answer could very different. 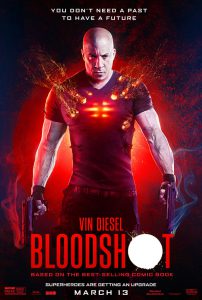 But the cost of the movie might reflect the choice made. The likes of slightly smaller movies, not expected to have made a massive profit, looking to debut or quickly seize the VOD market opportunities could quite easily happen. The long-delayed The New Mutants was rumoured to be heading to VOD even before its theatrical release was set and it seems entirely possible it will now do just that rather than compete in a log-jam of competing titles when doors reopen and in which it would likely suffer.

On the quick-turnaround front, Sonic the Hedgehog, released only five weeks ago, gets a VOD release on 31st March instead of the intended mid-May date. SONY released Bloodshot (based on the Valiant Comics‘ character) in US cinemas last week. It cost around $42million to make – modest by modern industry standards – but made less than $10 million due to the growing coronavirus impact. The studio is going the VOD strategy but only as a one-off rather than a change in longer-lasting format policy: “Sony Pictures is firmly committed to theatrical exhibition and we support windowing,” they said in a statement. “This is a unique and exceedingly rare circumstance where theaters have been required to close nationwide for the greater good and Bloodshot is abruptly unavailable in any medium. Audiences will now have the chance to own Bloodshot right away and see it at home, where we are all spending more time. We are confident that — like other businesses hit hard by the virus — movie theaters will bounce back strongly, and we will be there to support them.”

Netflix has had to dial-back some of its HD capabilities and bandwith availability due to the amount of people it had to cater for in the last week.  There’s also some opposition to studios looking to VOD, even as a temporary solution. It’s far easier for people to quickly pirate digital copies than cinematic releases and that would inevitably cut into the profits legitimate streaming could provide.  Deadline notes that the International Union of Cinemas (UNIC), an organisation that represents European cinema owners in 38 countries, asked the studios to avoid ‘short-term financial gains at the expense of the sector as a whole…‘ as it urged studios to avoid releasing titles online saying it didn’t represent the best for studios or audiences. “For these and so many other reasons, we anticipate that the overwhelming majority of films which have been delayed by the current difficulties will be rescheduled for cinema release as life returns to normal,” it noted. 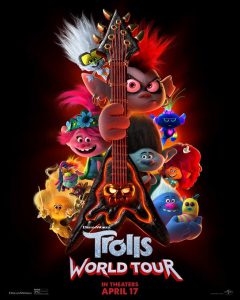 In an interview with the Hollywood Reporter, John Fithian, chief of the National Association of Theater Owners is more specific and less subtle about his position on the matter:  “…for those distributors who already had movies released in theaters that were playing when we had to shut down, we fully understand that they would need to accelerate their home releases. They had already put those movies in cinemas but cinemas had to shut down, so they made those faster moves to the home to try to monetize those movies, and to give people something to watch at home during this crisis…Only Universal, and only on Trolls, did one studio skip the theatrical model and go straight to the home. Universal continues to advertise to consumers that Trolls will be released simultaneously to theaters and the home on April 10. And they are lying to consumers. Universal knows that theaters will still be closed on April 10 so unlike every other distributor who must simply delay their releases in that time period, but still understand that theatrical release is essential to their business model, Universal on Trolls didn’t make that decision. Exhibitors will not forget this…” (Read the whole interview here)

In the meantime, with no films showing, there’s been controversy in the UK as Cineworld and Picturehouse announced that they were making swathes of employees redundant at their 125 leisure venues across the country during the shutdown. A letter from 240 of the employees (a fraction of its workforce) condemned the move. However on Friday, the UK government  presented a scheme to pay 80 percent of wages for employees not working, up to £2,500 a month and Cineworld appear to be reassessing their decision.

The real question here is about the difference between immediate solutions and long-term changes:  how to survive as a business when standard business models don’t suffice and what will happen if and when ‘normal’ returns: the if and when factors being the most in flux.  Both sides of the business equation make valid points in defence of their positions but pragmatism may win out if actual businesses begin to fail.

It seems likely they’ll be a sea-change of sorts, but quite how drastic only time and tide will tell.