For the holidays, two seasonal shorts from Trek to warm your heart...

As a Christmas present to the faithful, there are two offerings this month in the Short Treks pantheon and though their collective running time is probably less than the average entry, they both excel at the remit of the mini-episode remit, to boldly go beyond the edges of the franchise and bring something extra in to the mix.  In this case, both entries: Ephraim and Dot  and The Girl who made the Stars are vastly different animated presentations yet both utterly charming ventures.

There’s an argument that with its whimsical, traditional cartoon format, Ephraim and Dot might not strictly be canon (even the format aside, some of the easter-eggs are technically out of continuity order and there’s nitpicks like the Enterprise getting the wrong numbering), but it nevertheless slides through the atoms in between and gives us a scenic tour of some key moments in Trek history as it brushes past them with a tale of its own. A Tardigrade looks for a place to leave her eggs, somewhere warm and safe. When the Enterprise accidentally destroys her first choice, the Tardigrade finds its way into the engine room of the vessel and decides that will have to do – much to the annoyance of one of the security robots who seeks to protect the Enterprise from any kind of infiltration, infestation or sheer alien annoyance. So begins a battle of wits as each tries to outwit the other amid the service corridors and hatches of the craft. But what could have been a Wylie. E. Coyote / Road Runner escapade is given something of a Wall-E makeover with a true dose of seasonal heart and spirit which packs more character development into a handful of minutes than a season of The Mandalorian has managed to date.   Director Michael Giacchino (the composer for the J J Abram Trek movies)  and writers Anthony Maranvile and Chris Silvestri pace a heartwarming tale that hits all the right beats and despite its ‘stars’ being almost silent, when you throw in some archive soundtrack featuring the voices of Ricardo Montablan and George Takei, what’s not to love?

The Girl who made the Stars technically has a slightly stronger yet still tangential connection to Discovery (with the framing of  a young Michael Burnham being told a fairy-tale/legend by her father in an effort to help her with her fear of the dark) though it is otherwise a tale that could fit loosely into any mythology. With CGI-animation, it’s very different to its companion piece and feels thematically like a cross between Black Panther and The Lion King as it journeys into the ancient African continent to tell its tale of a young girl who travels past the confines of her illuminated village to face whatever might lurk beyond in unlit regions. It’s a simple, short story about bravery and empowerment and there’s a sense of wide-eyed wonderment as we follow that young girl facing down monsters and the first glimpses of Michael’s fascination with what might lay beyond her own world – indeed it links back to Sonequa Green’s monologue at the start of second season episode ‘Brother‘. Written by the scribe of the episode Perpetual Infinity, Brandon Schultz, and directed by Executive Producer Olatunde Osunsamn it is a nice, brief addition that paints in lovely CGI colours and narrative broad-strokes to offer something positive rather cynical for the viewer, which is a nice reprieve.

The Short Treks may vary in tone, length and subject but a majority of them continue to offer more creativity and ideas than you often see in many a longer, fully-fledged series… 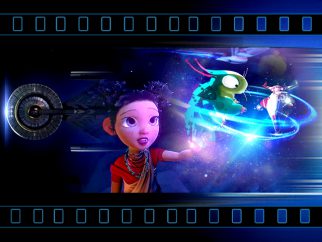