Arguably the main attraction on today's launch of Disney+, 'The Mandolorian is more Leone than Lucas...

For all that Disney+ is launching with the House of the Mouse’s impressive back-catalogue, even more Marvel content than expected and all several hours before the original mid-morning plan, all judgmental eyes seem to be on The Mandalorian, the Star Wars flagship spin-off that has been building expectations for much of the last year. Despite some unfortunate technical issues early on Tuesday (that the company explained as over-demand for its simultaneous US/Canada/Netherlands bow – with UK to follow in distant March 2020) the general launch seems to have met with approval.

A little like Marvel Studios choice to lead off with Iron Man in 2007, then a distinctly unlikely but ultimately winning opening gambit with which to establish their franchise, The Mandalorian might not make a lot of sense as an initial pitch. It might have seemed better to lead off the televisual journey to a galaxy far, far away with a more distinct brand name  – something akin to a Kenobi (which will surface with Ewan McGregor reprising the role in 2021) or another rising Skywalker – but instead it’s all location, location, outlier-mythology with a recognisable tone and production design but no immediate familiar faces…short of armour that has a deliberate brothers-in-arms Bobba Fett bent to it. (There’s some that suggest the original plan was to somehow resurrect Fett himself – a distinctly supporting character who has taken on a life of his own, despite… *spoiler*… his apparent demise in Return of the Jedi. However this fellow Mandalorian is a different bounty hunter in similar threads, though it makes little difference…)

Does The Mandalorian deliver?  The answer is that it depends on what you’re after.

This is definitely a Star Wars production in every important way and a considerable amount of time, effort and money has been put into firmly placing this in a knowing galaxy far, far away. From familiar-looking droids and alien species, through the editing decisions to the sheer street-level clothing and frontier experience, there’s a rusted sheen that obviously costs a lot to duplicate. Anyone thinking the series might shirk even a penny on production costs has been firmly put in their place. Given the divisive nature of recent Star Wars offerings on the big screen there will be a sigh of relief that a lot of the key groundwork is in place.  We feel as if we’re in familiar territory and that’s half the battle won.  Favreau is now a tried-and-tested director, having initially made his name in front of the camera but now managing a two-track career that has also seen him helm Iron Man, Iron Man 2, The Jungle Book and The Lion King.  He’s a solid choice in which to place yet another universe’s hopes and he certainly has an assured hand and a love for the source material.

But there are choices that perhaps don’t work out as well. Beyond the production designs and Lucasfilm touchstones that bring the viewers in, the story itself is fairly predictable and executed not with the pulse-pounding adrenalin-rush of an ambush but with the knowing bullet-point list of a theme-park ride or computer game. Each key scene is a homage as much to Leone as to Lucas, which is fine to some extent yet feels too reverential. But the combination of our titular bounty-hunter’s monotone delivery and the decidedly laconic pacing of the piece does sometimes feel like we’re running a hundred different western tropes at half-speed. This is less Eastwood’s ‘Man With No Name’ and more the ‘Man with no face and no real hurry to get where he’s going’.  For a character that apparently hates droids, he’s not exactly the most human and the Judge-Dreddish attitude of never removing the helmet might become somewhat distracting when there’s plenty of times it doesn’t make any real sense. (Even Dredd removed his helmet in the comic, we just never saw the face… so the inference that the unnamed Mandalorian genuinely never goes without it seems somewhat contrived to artificially rev up a less-important mystery element). The fact that he’s played by Pedro Pascal would indicate there’s at least a chance we’ll see his face at some point?

In the opener at least, the other two big names that are showing their faces are Carl Weathers as Greef Carga, the middle-man bounty-setter and director Werner Hertzog as the Client to whom the Mandalorian is pointed for a big payday – both of whom enter the spirit of the piece (Weathers as the laid-back moneyman and Hertzog as the twitchy, perpetually pissed-off man with money).  Nick Nolte essays a guide called Kuill, who spends most of his time astride what looks like a scaley bison crossed with a fish…though I expected him to start lecturing about “Never going against a Sicilian when death is on the line!”  We’re promised the likes of Gina Carano and Giancarlo Esposito in coming chapters and their presence may add some needed intrigue.

I certainly liked The Mandalorian, but there’s not enough to love about it as yet and it’s possible to see how some might be ecstatic and some might be disappointed. Elements are fun, the spirit is willing, but so far it’s all foundational stuff, playing it entirely safe and offering exactly what might be expected of it and nothing more (…well, perhaps with  one weird surprise at the end of the episode). But frankly,  the frontier worlds-building and down-and-dirty-dealings of Whedon and Minear’s ode to Mos Eisley, Firefly  – made with more heart but less budget nearly twenty years ago – ended up engaging me quicker than The Mandalorian‘s knight templar template.

I’ll be tuning in for the second episode (this Friday and then weekly therein) so the pilot episode has done its job and should be applauded for such. But would I pay up for the complete Disney+ service after the complimentary week for this in particular… that’s what a fair few people may yet be asking. 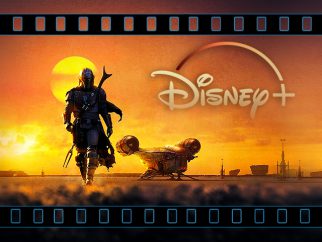