Dormez-vous? Not for long... as the latest spy series rings the bells for 'matin' and resurrects the Treadstone program...

It’s 1973 and in the heart of Berlin an American is being tortured – but it’s not for what he knows,  it is for the actions his captors want him to take. And after days of resistance, it seems they have won as J. Randolph Bentley (played by War Horse, Mamma Mia 2‘s Jeremy Irvine) takes aim and kills three of his fellow operatives in cold blood, unable to stop himself from doing so as a KGB operative ( Emilia Schule) looks on. But can he find an further way to undo that conditioning and expose the project?

In the present day a North Korean general seeks out a young ex-journalist Tara Coleman (Tracy Ifeachor) telling her that a project called Treadstone has been resurrected and that a group of sleeper agents known as Cicadas (named after the bugs that burrow deep and ‘disappear’ for years) are being awakened to gain control of a long-since missing nuclear missile – one that Coleman had originally written a story about. The ‘discredited’ story ended her career but the general confirms her suspicions and in doing so, knowingly attracts the attention of the CIA. The knowledge that the Treadstone program may still be in play is almost as unnerving as the potential nuclear problem, but where do the security services start looking?

Meanwhile, Doug McKenna (Brian J. Smith), until recently working on an arctic oil-rig, effortlessly takes down a whole group of Russians who pick a fight with him  – much to his own confusion – and thousands of miles away SoYun (Hyo Joo Jan), a quiet North Korean wife and piano teacher instinctively goes on a deadly mission even she doesn’t fully understand.

The cicadas are waking up and no-one, including themselves, may be able to prevent their deadly mission…

There’s been some gnashing of teeth and consternation from talents like Scorsese down that there are far too many superhero/comic-related projects as the expense of “real drama”. Wherever you stand on that issue, it’s interesting how little comment has been made on the proliferation of ‘spy’ projects in the same time frame.  Seriously, in recent times you can’t shake a Walther PPK without hitting an aggrieved agent, nefarious conspiracy or top-secret assassination program. Earlier this month Will Smith was literally beside himself on the big screen and on television we’ve had a rapid-fire batch of mini-series that include Tom Clancy’s Jack Ryan, Condor and the latest, launched this week on America’s USA Network: Treadstone.

Like Jack Ryan and Condor, and not just in its square-jawed contemporary-conspiratorial tone and execution, there’s also a printed-page and cinematic heritage with Treadstone – the series named after the organisation/program to which Robert Ludlum’s eponymous Jason Bourne belonged (and which has already shown Matt Damon and Jeremy Renner to be recruits/victims/operatives).  The series explores the very concept behind that brainwashing angle and asks a very simple question: what if you found out that you’d been secretly programmed to kill without remorse and that all it needed was someone to trigger you? The series then divides its actions between the earliest days of the program back in the early 1970s and the modern day legacy and in doing so lays the groundwork to explore the larger  intricacies of the system, as well as those who might be using it or resisting it.

The series is being run by Tom Kring, probably most famous for cult-hit Heroes and though this feels more mature and cynical than his fledgling superhero show, there’s some similarities in the basic idea of having a group of disparate, individual people scattered across the globe who find themselves drawn together by forces outside their control. Heroes quickly imploded with its progressively convoluted mythology and contradictions and there’s always the possibility the same could happen here, but the pilot itself feels stronger. Treadstone gets a lot of things right in that opening episode, though a lot of it is in a set-up capacity, showcasing the diverse ‘sleepers’ or ‘cicadas’ who have no idea what’s happening. It’s not immediately clear their connection and if they are all working to the same agenda. This allows the walk-and-talk elements to build the tension slowly, introducing us to a range of characters who may or may not be innocents and where you don’t know who could flip at the flick of a switch (or, in this case, the playing of a tune). When the more visceral and kinetic moments do come they stand out as sudden bursts of violent desperation or cold, clinical actions rather than a constant treadmill of adrenaline. In many ways, it’s following the trend of combining old-school and new wave. On one hand it’s all very old-fashioned: the back-room, situation-room political machinations of something like Tinker, Tailor, Soldier, Spy and the manipulative The Manchurian Candidate but punctuated with the action from the more discerning end of modern action movies.

Excluding the more absurd fifth Bourne movie of 2016 (one that lost its way and gave in to too many glossy, generic car-chases), a better hallmark of the franchise was that up-close-and-personal action, the kind of confrontations that looked like the characters had undergone years of brutal training rather than being gifted a sudden skill for martial-art postures and wirework. The combat scenes here remain very impressive, certainly up there with the kind of down-and-dirty variety we saw in the early days of, say, the Daredevil series and the earlier Bourne movies. Each punch hurts and even the most ambitious parkour at least seems viable in the moment. Whether it’s a bar-room brawl, a bathroom assassination or a hospital jail-break, there’s an organic if deadly flow to proceedings for which the actors, choreographers and stunt-departments deserve high praise.

Jeremy Irvine and Emilia Schule bring an intensity to the 1970s scenes with only the fashion a clue to its timing and as interesting a dynamic as to what comes later. In the modern era, Smith (best known for Stargate Universe and Sense8) works well as Doug, the erstwhile rig worker who is confused by his own definitive take-down encounter of some Russian bullies and the advice of an apparently consolatory co-worker. Hyo Joo Jan is also effective as North Korean piano-teacher SoYun who suddenly feels compelled (and able) to take down a ‘target’ with extreme prejudice. Michelle Forbes continues her long line of highly-intimidating, no-nonsense authoratative women in the form of Intelligence chief Ellen Becker and Omar Metwally keeps his cool as Matt Edwards, a CIA operative in London tasked with bringing in ‘disgraced’ journalist Tara Coleman (cool and collected Tracy Ifeachor) when she’s the only person who can point towards the reason so many Treadstone-related agents are being activated.

If the rest of the USA Network series (which will be available on Amazon Prime internationally early in 2020) lives up to the pilot’s promise, then this will likely stand shoulder-to-soldier with the already proven Condor (which will be back for a second season before the end of the year) and Jack Ryan (returning on 1st November)… and there seems to be room for all of them. 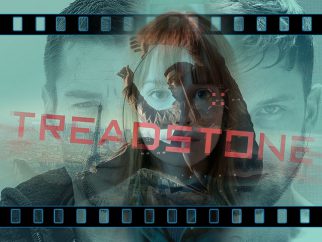