It’s the 1990s and Charles Xavier’s dream of mutants being judged as regular people, even considered ‘superheroes’ who can help in a crisis, seems to have been fulfilled. Though it’s not perfect, there’s a tolerance and co-existence that he’s sought all his life.  When the Endeavor space-shuttle runs into trouble shortly after blast-off, the President turns to Charles (James McAvoy) and his X-Men to help rescue the crew from what appears to be a solar flare.

But it’s not a solar flare… and this will prove a fateful mission.

Most of the crew are whisked to safety but with one member still on board, Jean Grey (Sophie Turner) risks everything to save them, taking a strange cosmic power into herself. Miraculously she survives and, in fact, feels better than ever before.  But as her powers start to increase, her ability to control them becoming questionable. Years ago, Charles put some barriers into her mind to save her from some of the truths of a childhood trauma and now they are coming down… and Jean no longer knows who she can trust.

As her friends and team-mates try to help, tragedy strikes – and now the divisive question becomes whether they can still save Jean or merely try to stop her permanently.

And to complicate matters, there are those from afar who will seek to take this ‘Phoenix’ power from her for their own use…

Dark Phoenix proves an interesting if ultimately largely disappointing experience, not just because of what is on screen, but what’s behind it. It is largely because of its placing as Twentieth Century Fox‘s farewell to their own alternate take on the mainstream Marvel Cinematic Universe, all the heroes – bar SONY‘s  Spider-man –  now effectively under one production roof since the Disney merger. (For purists, the release of FOX‘s much-troubled New Mutants  has been consistently postponed until at least next year). If this had been an earlier volley in the Fox canon it might possibly have been better received but though it’s arguably better than the last attempt to tackle the comic’s most seminal ‘Phoenix’ moment,  it suffers in other underwhelming ways. 2006’s Brett Ratner-directed The Last Stand (the third X-Men in the original version of the franchise) treated Jean Grey’s powerburst as a B-story to a far-less interesting plot. However in this latest 2019 X-offering,  the title character herself, Jean Grey is bizarrely the least developed: a generic ingenue at the heart of what should have been a galactic epic.

Sophie Turner is a fine actor. In Game of Thrones, she was the stoic Sansa Stark  whom everyone expected to be sat on the said iron chair when the music stopped, but her Jean Grey, though positioned as troubled and frustrated and pissed off in growing degrees, ironically fails to replicate any of Sansa’s inner passion. Turner has a grace and style and may well go on to greater things, but she simply doesn’t scorch the screen as such a role  and story requires – though it isn’t all her fault.  Simon Kinberg’s script drip-feeds her generic angst and makes James McAvoy’s Charles Xavier not so much the mentor or villain of the piece, but a telepathic character who has failed to think things through for the umpteenth time.  Michael Fassbender’s Erik/Magneto delivers the lines that could – and have – featured in any of the previous X-films and Nicholas Hoult as Hank/Beast, served a little better, just bides his time. Jessica Chastain, a superb performer when utilised correctly, is  inexcusably wasted here, picking up the cheque for a bland, pale performance that is more vogue-ing archetype than vague arch-nemesis. 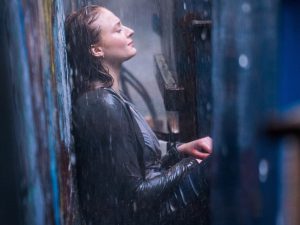 There are deja-vu moments in Dark Phoenix that feel like a farewell tour of previous set-pieces from the entire X-Men run.  Charles Xavier and frenemy Erik have yet another explosive discussion about ends and means (and, yes, a chessboard once again gets shown as a metaphor). Nightcrawler ‘bamfs’ through corridors creating his own unique here-and-there momentum and  – in what amounts to little more than a cameo –  Evan Peters’ Quicksilver gets to reprise a ‘speed’ scene where everyone else is moving slower than he.  That was good the first time we saw it – less so with its uninspired, derivative repetition. Yes, one can argue that Dark Phoenix comes in a year where Avengers: Endgame upped the stakes so considerably in every department, that the X-Men saga could never deliver the ‘epic’ factor as needed, but there’s also a feeling it isn’t even trying beyond contractual obligations. The effects are… okay; the performances… satisfactory; the story, if not the characterisations… perfunctory. But audiences have come to expect and demand more. ‘Finales’ are supposed to bring out their biggest guns and blaze away and here they pop with all the power of bargain-bin fireworks.

The one moment that does invoke satisfaction and irony is the fact that in one scene our mutants are surrounded by soldiers with MCU patches – truly ‘meta’ whether it was truly intentional or not.

Though the story tries to keep things personal, the truth is that we’re not as invested in the characters as we once were and that’s a huge millstone for a milestone tale that wants the ties that bind to be seminal to proceedings. Thanks to time-bending, rebooting and shrinking budgets, the likes of Sirs Stewart and McKellen are long gone and with them the likes of cinematic catnip Halle Berry and Hugh Jackman.  While James McAvoy and Michael Fassbender are solid enough, the territory they chart is too familiar to them to offer surprises and one wonders if Jennifer Lawrence asked to be written out during this outing for the same been-there, done-that reason. (Also, for a franchise that places its more recent entries in different decades, the Sixties, Seventies, Eighties and Nineties, those three characters in particular fail to significantly age to any noticeable degree).

The rest of the X-ensemble do what they can with what they have and with the previous installment (the tepid Apocalypse) being the first outing for some of the B-team X-people (but setting such a low benchmark in the process) they really haven’t captured our hearts and minds.  We’ve barely seen Turner’s Jean Grey utter more than a handful of lines on screen before this, so we’re just not that invested. Imagine if the ten-years-in-the-making Avengers: Endgame had suddenly recast most of its supporting heroic ensemble with the cast of CW shows and you see the problem…

Kinberg, writing and directing, adds several lines into proceedings that seemingly want to lean into the mood of the moment (Charles tells Jean he won’t try to ‘fix’ her because whatever people say about her, she’s not ‘broken’; Raven/Mystique notes at one point that it’s “…always the women saving the men around here – you might want to think about changing the name to X-Women…“) but in a tale supposedly about ultimate empowerment, it all feels like opportunistic #MeToo lip-service for a story that still insists on making them the victims that can’t be saved. It’s ironic that a film with fire in its title refrigerates its women so casually. And, trying not to be too spoilery, another addition to the myriad list of problems is the film is more blueprint than firmed-up structure, perhaps a casualty of its infamous and much-noted reshoots which fundamentally changed the third act.  The alien threat that Jessica Chastain and her group represent is… well, ‘blah’ to the extent that I’m betting you can’t even remember the character’s name by the time the credits roll.

Noticeably, once set-up as its core, the film simply doesn’t know how to resolve its central moral dilemma: whether to hold the out-of-control Jean responsible for her actions and several pivotal deaths along the way or not. In the comics story on which it is based, Jean Grey destroys an entire inhabited planet (not ours!) as her power-set goes ballistic and the head of Marvel Comics at the time (Jim Shooter) shot down the intended plans for Jean to be ‘cured’ in the story’s climax.  He insisted that merely ‘curing’ Jean was not enough of a morality tale for someone who had just redefined genocide – and thus, a new ending was written (by Chris Claremont) and drawn (by John Byrne) where Jean ended up taking her own life to stop the forces raging within her from inflicting any more destruction. Controversial though it was, it became one of the industry’s milestones.  Here,  Jean’s power-set faces a much-diluted version of the same moral quandary, but  it’s all a bit hand-wavery, with an ending that wants to be profound, by instantly undermined by a needless epilogue-narration that smacks of an executive wanting a get-out clause.

In the early 1980s, before Watchmen and V for Vendetta transformed comics Marvel‘s Dark Phoenix saga defined what mainstream comics could do and the idea of heroes dealing with the consequences of their actions and powers. There’s little chance this loose 2019 cinematic adaptation, will resonate with any such passion or longevity. It’s not so much bad as lazy and disappointing – a place-saver for something that will never arrive, a parting shot that misses its mark by a cosmic distance and the embers of a once roaring fire for a fractured franchise seeking one last breath of oxygen and failing to find it…

Dark Phoenix is released by Twentieth Fox Home Entertainment,  out on DVD in the US now and in the UK from 7th October… 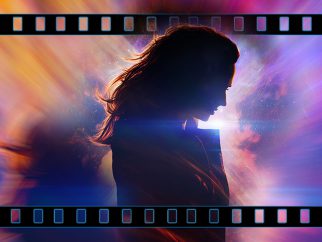