It's '1984' meets 'The Stepford Wives', but 'Point of Origin' is once again a mistmatch of style and social-comment content...

When the pristine Eve (Ginnifer Goodwin) agrees to let her maid use the address to help her grandson get an education placement, she thinks she’s merely bending the rules a little. But when she’s briskly ‘summoned’ to appear before the authorities, she presumes there’s either been a mistake or an over-reaction.  However the authorities aren’t interested in her maid, or Eve’s husband or her two children. They’re interested in Eve.

Because something doesn’t look quite right in their records and if there’s one thing the government wants to keep track of… it’s people whose records aren’t quite right. People who come from… somewhere else and never asked permission to come here. But what is the truth about Eve’s origins if she doesn’t even know it herself?

In what increasingly seems like the latest entry on a  ‘to-do’ checklist of cultural questions and socially-awareness issues, the Twilight Zone‘s Point of Origin goes straight to the heart of the immigration debate – and, somewhat predictably given the format so far, starts with the grace of a scalpel and ends with the blunt-force trauma a sledge-hammer.

As always, the first two-thirds of the story set up an interesting dilemma and mystery, in this case with the idea that an initial sleight-of-hand regarding a residential issue has ballooned into something far more insidious in a society governed by the appearance of adherence to rules.

But once again, the show fumbles the conclusion while nodding knowingly… it feels the narrative equivalent of a speech that starts well, gets the blood pumping, says something that threatens to be profound and important and then looks nervously to camera and realises that it’s blown the punchline and still has airtime to fill.  Equally, Point of Origin is a mismatch of  visual styles that desperately want to be (rather than need to be) abstract for nothing other than choice. On one hand it presents a world that is one part clinical Stepford Wives by way of Tim Burton and another  dark undertow that’s almost 1984 by way of Terry Gilliam (so, basically, Brazil) in sinister execution – which might have worked if the story itself had been nailed down more firmly to emphasise the difference. However once its established that Eve Martin is indeed a refugee from an alternate reality, no-one really knows what to do with that lynchpin notion other than to point to a sign saying ‘ironic!’ and scream ‘metaphor’ at the top of their voices and be content the job is done.  And it really, really isn’t.

Are we examining xenophobia, authoritarianism, PTSD, cultural cliques… all of these issue jostle for space during Point of Origin‘s running-time (but the ‘how’ of Eve’s dimension jump, the reasons this world seems so distrustful of them and exactly what the solution is are  apparently surplus to explanation) and with an ending that really offers nothing except that Eve, despite all her good intentions, is still royally screwed by the system.  If we’re supposed to realise that a system is sinister and uncaring if it’s scared of anything ‘other’ then it’s a rather obvious one. Indeed, if one were cynical the message seems to be ‘Shut up, stay quiet, let others suffer or they’ll come for you too!’) Again, 1984 makes a similar and cynical, if superior, point, but a Twilight Zone morality tale needs a different angle if it’s to work.

Ginnifer Goodwin does a good job of fulfilling a character that was probably better on paper and James Frain, late of Star Trek: Discovery, makes the most of a bureaucratic pen-pushing interrogator. However Wynonna Earp’s Michael Eklund is given a part that’s surplus to requirements and could easily have disappeared without affecting a moment of plot.

Of the run of the current season so far, Point of Origin had the potential to be in the upper half in terms of quality and result – though that’s fairweather praise. This modern version of the classic achingly and consistently feels in need of a half-decent script-doctor taking another swing at the draft screenplay before it goes into production. One can only hope its confirmed second season tightens that quality control. 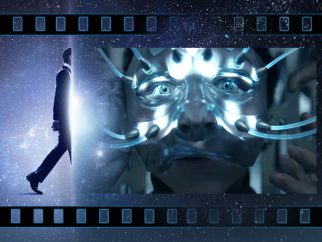