Aloha, I must be Cloning. The reboot of the classic Hawaiian-based action show is fine, but it has stunts in lieu of luaus...

Reboots are awkward creatures – stay too close to the original material and you’re coasting on a half-tank of nostalgia that will likely run out…. stray too far from the source and there’s a case for opportunistically using a name or brand you haven’t earned.  Such a delicate balance has rarely stopped modern tv networks from glancing backwards at coming forwards. So, after several failed big-screen considerations that came to naught, it was probably only a matter of time before Magnum PI was floated, sanded off and made sea-worthy for a new incarnation.

Short of the significant shorthand and typically pilot-friendly exposition used to (re)introduce the main characters and their back-stories  (something that was more slowly and satisfying developed over the years in the original show)  there’s really nothing essentially ‘wrong’ with this latest incarnation of Magnum… which must be somewhat good news to an otherwise embattled CBS. It could certainly have proven a disaster but instead the result is an acceptable if somewhat unnecessary entry into the template-friendly CBS universe that already includes all interconnected strands of NCIS, Macgyver and Hawaii Five-0.

Jay Herndandez (Scandal, The Expanse) may be devoid of Selleck’s now legendary moustache but there’s every indication he possess the charm of a good leading man and the physical ability to hold his own. Selleck made the part his own, imbuing the concept with some innate charm and in the meatier episodes that came along later, some genuine weightier material which he carried well. Once that fact is acknowledged, one can only judge Hernandez on his own merits. He starts off well, but it will largely be down to the material he has to work with as to whether he’ll making a lasting impression beyond the pearly-whites and latino flair.

Stephen Hill’s  TC and Zachary Knight’s Rick feel like genetically-cloned-but-nothing-new versions of the originals, which they partially acknowledge and one can only hope that they get too get a chance to be more than supporting players to Thomas’s adventures. The most controversial change is likely to be the choice of turning Robin Master’s majordomo and Estate Manager Jonathan Higgins (originally John Hillerman) into a young woman, Juliet Higgins (Ready Player One‘s Perditia Weeks), complete with martial-arts training and  a secretive MI6 background. Weeks is good enough and the gender-change is fine – and arguably creates a new dynamic – but the ‘Call up you old friends from whom you’ve been disavowed and see if they can hack into a satellite’s GPS system to help me…‘ feels more than a little contrived. ‘Disavowed?’ It’s another sign that the series needs to refine its identity rather than inelegantly grafting lazy fixes, popular buzzwords and elements on from somewhere else – the idea that the barely 30-something Higgins could even have that depth of backstory smacks of male wish-fulfilment rather than erudite writing.

The episode is book-ended by two big-budget stunt sequences that are large in scope but feel like launch-party window dressing and with which the show will (hopefully and pragmatically) have to do without on a weekly basis. There’s a get-out clause that the OTT HALO-jump we see in the beginning is an admittedly embroidered and exaggerated tale by Magnum of his past exploits, but the car-chase climax feels like Justin Lin wanting to justify doing another pilot by fuel-injecting a Fast and Furious cinematic scale… but the remit and the smaller budget don’t produce a perfect result. In other places too, such as the Masters’ Estate, the CGI backdrop is equally obvious and distracting.

You come away from a viewing of Magnum PI’s pilot episode (entitled I Saw the Sun Rise) thinking that the directive was to produce a glossy, self-deprecating companion-piece for Hawaii Five-0 and that the Magnum elements with a few suitable gender/ethnicity tweaks were simply an excellent entry-vehicle. True, there are worse ways to harmlessly spend an hour or primetime and kickstart a new show but in homaging the title of one of the original’s shows most memorable, controversial, dark and unexpected episodes…and then merely giving a safe, ferrari’d formula, lip-serviced outing, it highlights how far the show will have to go to truly live up to the legacy of the original rather than a reliable placeholder. 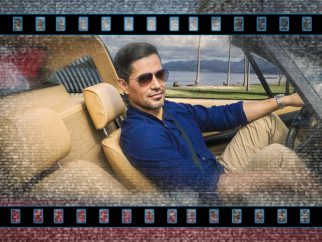