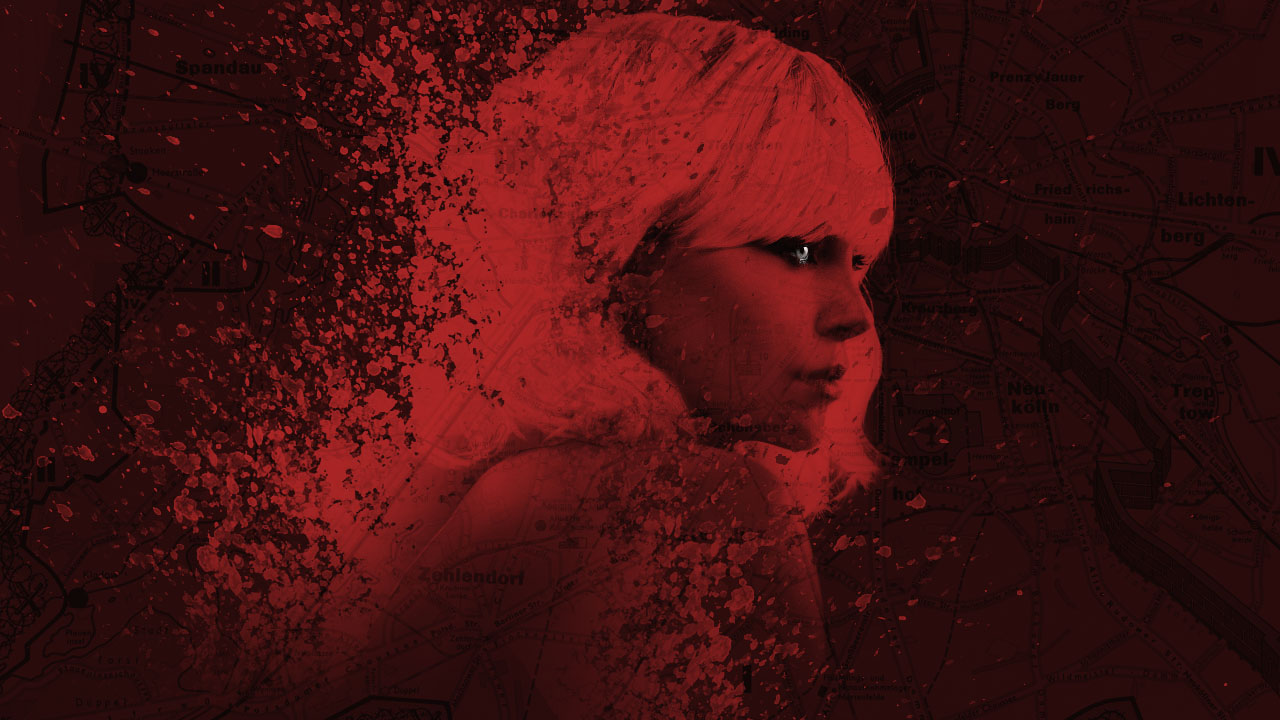 Charlize Theron certainly heats up the dying days of the Cold War, but the rest of the film remains off-the-boil...
by John Mosby 4th August 2017

A badly-bruised and beaten agent, Lorraine Broughton (Charlize Theron) is getting debriefed in 1989 London. She’s has returned from a visit to Berlin, just as the divided city finally tore down the wall that separated East and West. But she wasn’t sight-seeing and her mission seems to have spiralled out of control. She had two objectives: to formally recover the body of a fellow agent who was about to bring back a key list of western agents whose lives would be at risk if said list fell into the wrong hands… and to uncover the identity of a potential double-agent who has been a thorn in the side of MI-6 and the CIA.

But on arriving in the city, she immediately found herself at odds with unpredictable operative Percival (James McAvoy), the target of KGB assassins and in the personal crosshairs of a French operative Delphine Lasalle ( Sofia Boutella) who’d like to engage Broughton in some undercover work of a different kind.

It appears she could trust no-one and now back in London, she relates the series of events to MI-6 boss Eric Gray (Toby Jones) and brusque CIA commander Emmett Kurtzfeld (John Goodman) that will either see her booted out of the service or get her an invite to Buckingham Palace…

A few months ago The Coldest City – the film based on the graphic novel of the same name by Antony Johnston and Sam Hart – got a new title… the more in-your-face Atomic Blonde. Watching the film (released in the US this week and the UK next Wednesday), it’s easy to see why. The film might well be set in the late 1980s and wear its credentials with a more solemn expression but its tone shamelessly rides the wave of anarchic entries into the action genre that include Wanted, Deadpool and the John Wick franchise. Former stuntman turned director David Leitch (who worked on the Wick films and is steering the Deadpool sequel) is in familiar territory and valiantly prioritises the action in a story that never quite manages to live up to the potential of its material and cast.

Substance might be questionable, but there’s no denying the style on show. Charlize Theron can play sophisticated and sexy, damaged and daunting with her eyes closed and there’s probably not a pulse on the planet, male or female, that can’t be quickened when she brings her A-Game to the screen. But despite its explosive nuclear title, this is an outing that lacks any specific gravity. Amid the carefully choreographed carnage and smouldering looks that punctuate every few minutes of the film, there’s very little depth beyond the surface sheen.

Though wonderfully lit locations work well in the moment, pacing also becomes an obstacle. A good half of the film will leave you desperately trying to work out who’s doing what to whom – and that’s before any duplicity rears its head. Theron struts through cyan-hued scenes, McAvoy shouts and swears across the Wall and a succession of disposable East German thugs litter the strasse. But take away the female lead hook and we’ve been here many times before.

Kudos must go to Theron for obviously training hard and performing a large amount of the action herself. Once again, a la Mad Max: Fury Road, she commits herself entirely. The main problem here is that while one can admire the technical efficiency of some of the choreographed set-pieces – one fight-scene lasting a good five minutes with only the cleverest of cuts – all too often that’s exactly what it looks like: choreography. You can almost hear the instructional beats being counted out alongside the instrumental music. Hallways and staircases make great fight backdrops for bullet ballets and a series of hard knocks but unless you’re deeply invested they are like watching a dancer cross a stage rather than an assassin deploying her trade. A similar trick of an ‘uncut’ assault through a building was done much more effectively and believably in Netflix‘s Daredevil. In that regard, Atomic Blonde shifts somewhat uneasily, never being able to decide whether it wants to be a female take on James Bond, an OTT testosterone parody like Wanted or the more politically-savvy Tinker, Tailor, Soldier, Spy.

The film may be mainly set in the dying hours of the divided Berlin, but with the exception of the soundtrack and the dated spy-kits being used by the agents, the ‘period-piece’ aspect is largely defaulted to claustrophobic interiors, overt television coverage and a few bits of dodgy background sfx. That feels like a wasted opportunity – a spy-fest and action movie happening as one of the key moments of the twentieth century unravels mere miles away is full of possibility but Atomic Blonde gives us (admittedly glossy) lip-service to the event.

It is worth underscoring that the soundtrack is a nostalgia-fest treasure-chest of classics and homages for anyone who lived through that era. Nena‘s 99 Luftballoons, The Clash‘s London Calling and Queen/Bowie‘s Under Pressure are just three of the many tracks that help the film hold its own in a cinematic landscape where such ‘mix-tapes’ are becoming all important.

The fact the film never powers up to nuclear levels may ultimately be a disappointment, but if you want a kick-ass, sassy spy yarn, then Atomic Blonde momentarily crackles and sparks in fun, if not particularly memorable style.

Atomic Blonde is a Universal release – out in the US now, released in the UK on 9th August. 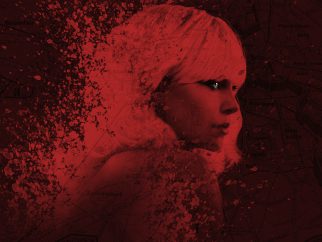