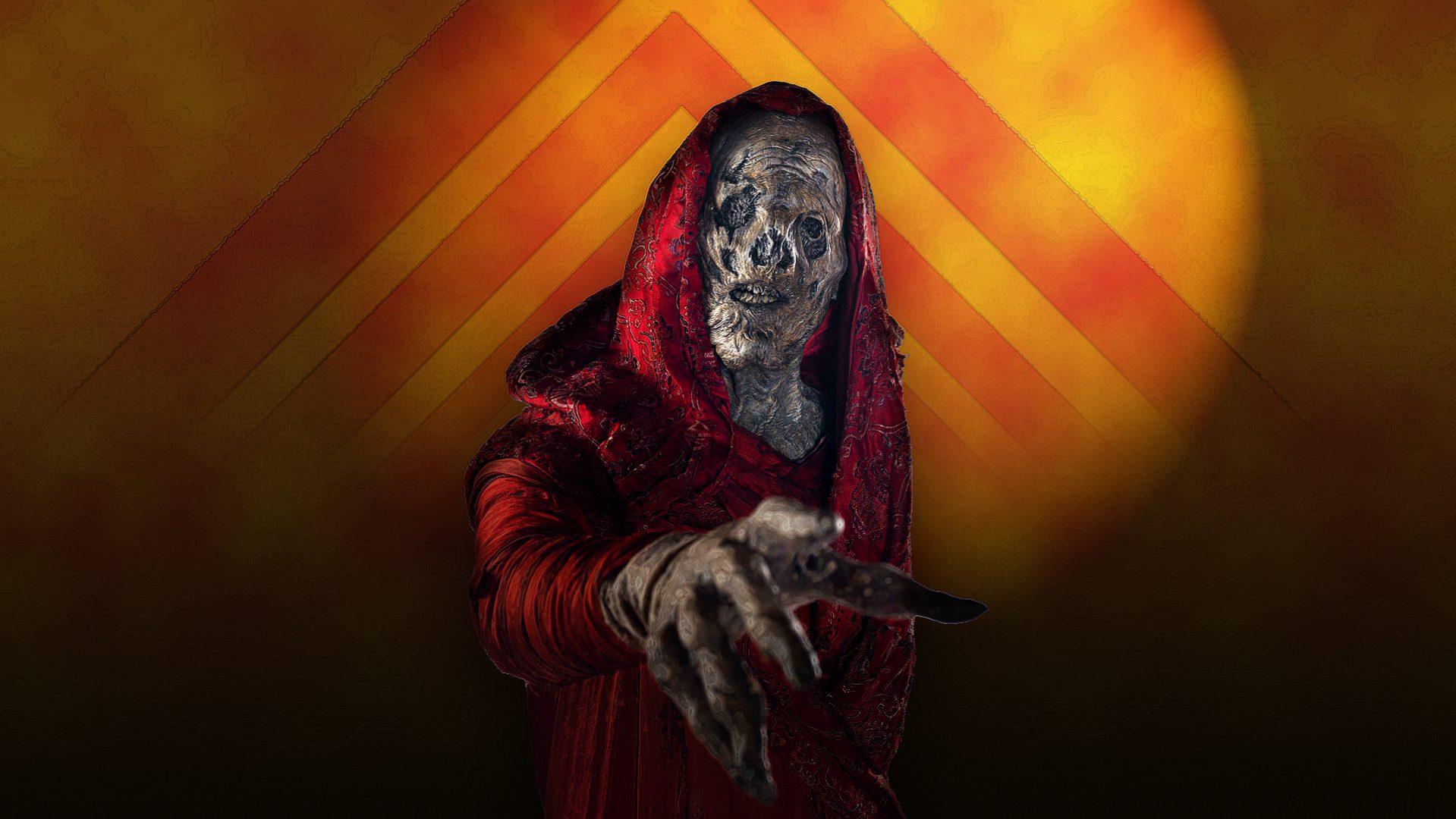 It's a pyramid scheme of epic proportions, but will the Doctor's dilemma be a deal -breaker against the invaders..?
by John Mosby 28th May 2017

The Doctor is now aware of an imminent threat to the Earth, but still unsure of when and how it will come.

Summoned – in his role as ‘President of Earth’ in times of global crises – he is shown a very ancient pyramid built at a critical location where three modern military powers rest uneasily. The real problem… the pyramid wasn’t there yesterday.

Despite his ongoing blindness – and relying heavily on Nardole for a running commentary, the Doctor travels to the eastern Europe location and finds that it’s the Monks who inhabit the structure.

Yes, they want to rule the Earth. Yes, they’ll kill those they think have impure reasoning… but they insist that mankind’s demise will be at humanity’s own hand. The Monks want power but they will only take it if handed that control by a willing populace.

Can the Doctor discover what the imminent emergency might be and therefore stop and hesitant deal with the Monks? But even if he can find a way to halt the latest in a long scenario of dangers and the ticking of the ‘doomsday clock’, what will humanity do in return? More importantly – what will Bill do to save him?

The Pyramid at the End of the World, the second part of  a thematic trilogy involving the ‘Monks’ – to whom we were introduced  in Extremis has many of the pros and cons of a middle chapter. With the exception of a ‘then and now’ tweak to the ‘Previously…‘ intro at the start, this is actually an outing that drops many of the bells, whistles and flourishes of the previous story for more of a linear episode.

Certainly all the elements are there to make the episode work – invasion stories, especially when they aren’t just battle scenes – can be quite inviting and the last time Steven Moffat and Peter harness collaborated on a script it produced the stunning Zygon Inversion and its memorable speech from the Doctor on the futility of war.  Also, the fact that everything doesn’t have to be wrapped up in forty-four minutes gives the story time to breath.

But there are some problems… the nefarious Monks follow in a long line of series creations that are a visually interesting foe with abstract abilities, in this case their (so-far) ethereal intent and ability to strike fear and confusion by their influence (coming across as The Silence if they were less bothered about secrecy). Antagonists such as The Weeping Angels proved most effective when their ‘powers’ were singularly terrifying rather than extrapolated out in later installments..but the lack of specificity regarding the Monks wider abilities is also frustrating. For example, last week’s episode is really superfluous to requirements… a whimsical, high-concept outing but really having no significant impact on this week’s story except giving the Doctor some forewarning that there’s trouble ahead. Equally, though the nature of a pact made at the climax of the story is a powerful emotional beat for more than one character, the physical mechanics of the outcome for the Doctor are not really explained – they are merely necessary and could just have easily involved a magic wand. It’s one thing to shape words as weapons, with ‘consent’ a double-edged sword, but to give your foe extra unexplained abilities for a plot point somewhat distorts the logic of their wider strategies. Again, the actual range of their abilities and reasoning is something that may and should be addressed in the next episode.

Supporting players have differing results. The senior military officers of America, China and Russia get a fair amount of screen space but are little more than templates (though it’s good they aren’t quite the go-to ‘hawks’ they might have been). Much better is Rachel Denning’s Erica, a lab assistant suddenly thrust into the front line after a series of unfortunate events predicted by the alien observers. Though it’s unlikely we’ll see her as a companion (indeed, there’s no guarantee she’s even in the next episode) the Doctor – who is always most charismatic when intellectually stimulated – comes across as a complete flirt as he races to save the day, Capaldi effortlessly showing he can take attributes from previous incarnations and weave them together into a whole.

The character dialogue is still the gem of the series so far, often helping the rougher parts of the plotting.  All in all, this is a decent episode, though driven by what needs to happen in the longer-game plot which sometimes makes the pacing off and the reasoning convenient (night, night, Nardole just when we need him and surprisingly  not even mention of Missy, though it’s clear she’ll be back imminently to deal with some of the ramifications of this outing.). It’s no Zygon Inversion and feels built to fundamentally bridge two other chapters,moving chess pieces where they need to be for the third episode of the ‘Monks’ plan…