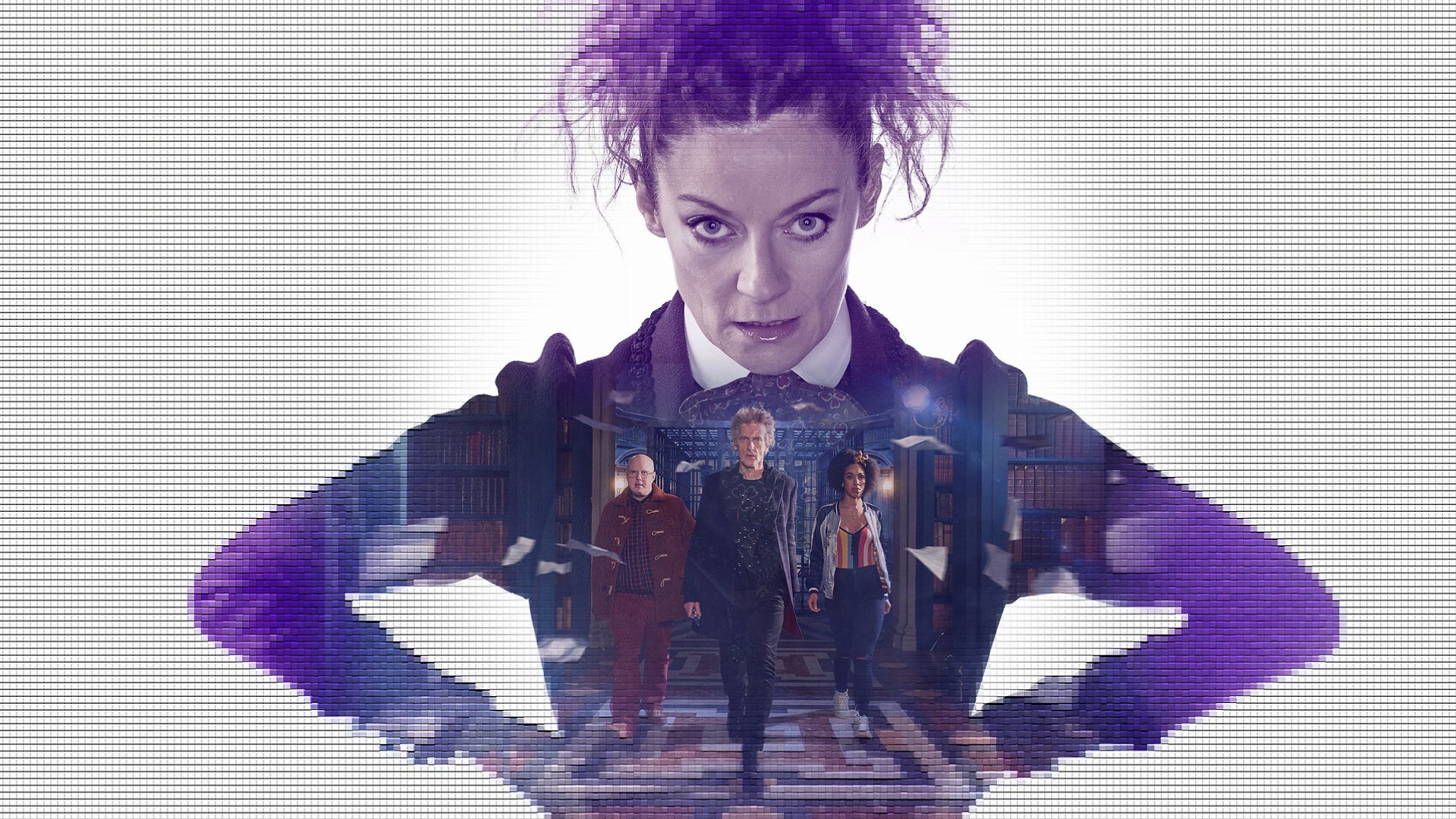 When in Rome..? The Doctor, Steve Moffat and the Pope pontificate on the meaning of life...
by John Mosby 20th May 2017

The Doctor made an oath a long time ago, one which he’s spent a great deal of time keeping and circumventing but that time may be running out.

The Time Lord gets a personal request from the Vatican and even being blind (shhhh, don’t tell anyone), he can’t resist taking the opportunity to review a secret text that is said to have claimed the lives of all its researchers. But there are others, watching from the sidelines, who might prefer he didn’t get any ideas from the book and will seek to stop him finding out a truth that could affect their own plans for the planet.

As the Doctor, Bill and Nardole find themselves questioning their own faith, what are the consequences when you realise all hope is lost?

Extremis is an episode that will likely divide the audience in the same way that every deeply-Moffaty episode is wont. On one hand, those who’ve thought the preceding episodes a little too self-contained and with somewhat sympathetic antagonists will likely rejoice at something more complex and mythological abd bad guys who ae just hell-bent on world domination – a story that zips backwards, forwards and possibly sideways and feels designed to appeal to the die-hard Whovian. It puts a lot of things in motion for the second half of the current run.

Missy is back – that in itself isn’t a spoiler given what the production and cast have revealed – though all her scenes appear to be in flashback to a point that is described as a long time ago (but which also seems to fit neatly into proceedings from a couple of years ago for other participants). Gomez chews the scenery in good form, but one suspects this is the appetizer rather than the banquet of masterly conduct we’ll get later.

The episode has touchstones from previous stories and one element in the story reminds me of the earliest incarnation of the Narnian origin stories to the extent that one wonders if Moffat was homaging that aspect to some extent. The show also has some affectionately sly (and less subtle) cracks at religion – because who wouldn’t take the Pope interrupting a date as a sign of God – with the Doctor apparently made quite an impact on a previous holder of the Catholic title. The general conceit about what secret texts the Vatican may be storing is an interesting one, rich for development and which gets laid out at just about the right pace for the earlier part of the episode but is something of the maguffin of the story by the time we’re heading into the climax.

We are whisked around from Bristol to Rome to Switzerland and a few places that are literally  in between. Much was made of Moffat’s visit to CERN in Switzerland last year, but given the amount of time the big scientific base gets in this episode, it feels like the visitor saw more of the cafeteria than the Collider, so one hopes the show doubles back to double-down on making that visit relevant and not just a nice perk.

Once again Steven Moffat gives us an outing that – on closer examination – is largely reliant on high-concepts and scenes of (genuinely) witty banter but not a huge amount of internal logic: more an expanded ‘pitch’ of a story than one that makes a lick of sense as a whole. Seriously… after viewing, consider the whys, whens and hows of events for some serious head-scratching… It’s then all tied up with a ‘resolution’ bow that may cause much gnashing of teeth. While trying not to reveal (or perhaps shield) that resolution too explicitly, it’s a ‘mea culpa’  and a raging against the dying of the light that’s been used a lot in genre television – particularly very  recently – and which subsequently dilutes the impact from sharp ‘left turn’ to ‘really?’

As many are noting, this may be a story to revisit and re-evaluate once the season is over and some of the general ideas are expanded upon, but for now it’s an interesting diversion, a handbrake turn that never quite pulls off the graceful shift it’s hoping for. Interesting and frustrating in equal measure, fans will have many theories on some of the implications, but whether the actual official answers are anywhere near as satisfying and loose-end-tying as one hopes for, well, we’ll have to see what happens next…