A long-overdue deep-dive into the events and decisions that created one of TWD's most controversial figures...

Carol tells Negan that for his own safety he is being banished from the camp. Frankly, it’s only a matter of time before Maggie kills him and Carol would prefer another outcome – and this is the imperfect solution. As Negan sits alone in the cabin that’s been picked out for his exile, he decides to try and find ‘Lucille’, the barb-wired baseball bat with which he did so much damage.

But the memories of his late wife, the real Lucille, come back to haunt him… and he traces his way back through a series of bad decisions and mistakes… many driven by love for his dying wife, that brought him to his lowest ebb.  Who did he let down? Who did he betray? And what wrath did he bring down on those who cost him everything?

How and why exactly did a caring school-teacher become a bat-wielding monster and is there any hope or forgiveness left in the world for any kind of redemption? If there is, does he deserve it?

The Walking Dead‘s bonus episodes come to an end with a salvo they’ve been saving for far longer than the length of this extra run… what amounts to the origin of Negan. The bat-wielding bad-guy has been an antagonist for our survivors since his first appearance back in 2016 and he was ultimately responsible for murdering – specifically, beating to a bloody pulp – two fan-favourite characters Glenn and Abraham. (For the record, the actors playing those victims have done just fine: Steven Yeun is currently Oscar-nominated for Minari and Michael Culditz is a regular on Clarice as well as having a nice parallel career as a director). Just because Negan now regrets those actions – and has saved other characters at risk to himself – doesn’t absolve him of those deaths and he knows it. The question has always been, how much does he care about those past deeds?

Here’s Negan may not answer all the necessary questions, but it does find a way to show that Negan does have many genuine regrets and the reason he started on that path.

An earlier bonus episode (Find Me, featuring Daryl and Carol) jumped around the timeline almost randomly and there’s an early moment where there’s a concern that Here’s Negan‘s one weakness might be a similar complaint. However once you realise there’s a pattern, that we’re seeing a memory, inside a memory, inside a memory inside another… and that the show’s going to unwrap them and pivot in a meaningful way… to reverse course and take us forward in the same pattern (and that there’s a reason for that structure), it actually works well as a format rather than a stylistic contrivance.

Those who have read the source material comics will know some of the origin story – which receives only slight tweaks here.  Negan, while far from perfect at the start of his journey into darkness, is still far-removed from his eventual persona… he’s a teacher who lost his job when he hit a guy who was insulting his wife, Lucille. Unfortunately the man he hit was the father of one of his students, so… goodbye career! Negan was also having an affair with his wife’s friend, though he brings that to a screeching halt when he finds out that Lucille has cancer – a diagnosis that she received alone because he was was dallying elsewhere. It breaks his heart and he turns his life around and determines he’s going to be with her forever, every step of the way from now on. Then the apocalypse comes along… and though they’re happy in their isolated home, Lucille is all too aware that without a through-line to continuing, essential medication, their time will ultimately be limited.  Here we get see a Negan who is ill-equipped to deal with all his responsibilities but determined to try… life (and death) making him take risks and decisions he couldn’t have thought about before. We see the toll on him as his decisions have bad outcomes or have unintended consequences for others… and slowly the humanity gets chipped away. We might not like what that journey makes of Negan, but we can see it’s a journey built on legitimate sadness and guilt… until the pain and humanity simply became easier to ignore and put aside than deal with directly.

The show has revealed little snippets about the human Lucille and namesake of Negan’s baseball bat, but it’s this episode that fills in the most blanks. Though Jeffrey Dean Morgan, so often cast as a outright villain or hard-man, knocks it out of the ballpark in Negan’s myriad emotional moments, showing the descent and rise of the character that viewers love to hate and making us sympathise with every minute of the stumbles he takes on that journey, it’s as much Hilarie Burton Morgan’s triumph as well. There’s obvious palpable chemistry that Morgan’s real-life wife brings to the role of Negan’s wife – whether it’s the hurt Lucille displays when she realises that her husband is cheating on her or the strength when forgiving him as she shoulders the last days of chemotherapy – she matches her other half scene-for-scene.  The make-up and design, making her look thin and frail as time passes, is top-notch. This is a primal love story in all the important ways and knowing its destination ahead of time makes it all the more poignant.

Guest-stars such as Rod Rowland, Miles Mussenden and Lindsley Register (the latter reprising her role as Laura) all play notable parts of the whole and Laura Belsey returns to directing duties in style.

The Walking Dead‘s best bonus episodes this year have been the ones that bristled with true darkness and featured characters assessing the decisions they made to get to this point – and, in fact, that’s probably true of many of the series’ finest hours. Here’s Negan is actually the perfect story for the bonus outing – moving its darkest character’s story rather than the over-all story forward and yet making it feel crucial. And using Joe Cocker’s ‘You are so Beautiful‘ as the episode’s lament is another masterstroke.

It will be a shorter wait until the next, final run of The Walking Dead (due, as things stand) late summer – Sunday, 22nd August to be precise…. but this is a great way to keep people watching. 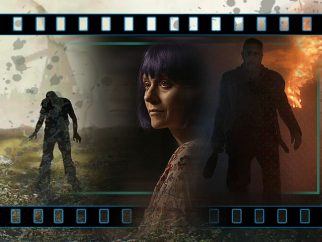 Making Mischief: Nothing low key about Marvel’s next time-bending outing…