Lightweight in every way, 'WW1984' proves a much anticipated but disappointing end to 2020...

It’s 1984 and Diana Prince is working as an anthropologist at the Smithsonian, a job that allows her to indulge her perceptive understanding of history with the occasional foray into costumed superheroing when there’s armed crime at the local mall, as and when needed. It turns out one such incident uncovers a rather bland stone artefact with an interesting history, one that is being searched for by others. When Diana and a fellow worker, the downtrodden Dr. Barbara Minerva (Kristen Wiig) are asked by the FBI to look at its provenance after its recovery, they uncover a legend that it grants the holder their deepest desire… but largely dismiss it as a myth.

However the stories are true and when the rock becomes the property of Maxwell Lord (Pedro Pascal) the opportunistic front-man of a flaying oil Ponzi scheme, the rock’s real power is unleashed. Diana and Barbara benefit from their own casual wishes in ways that seem to be positive and heartfelt but as Lord’s powers grow the consequences of the wish-fulfilment grow more dramatic and their darker consequences are unleashed.

Can an empowered Minerva and a power-failing Wonder Woman agree on what needs to be done to stop the world falling apart around them – or will it take a voice from the past?

The original (modern) Wonder Woman film of 2017 (with its WWI setting and derring-do) was an astonishingly assured movie, walking the line between spectacle and empowerment and rejuvenating a hero and a wider universe of characters that had been mishandled in recent years. It guaranteed a sequel, albeit one much delayed by circumstances beyond its control. But the final result, debuting over Christmas on HBO Max and the handful of multiplexes still open comes with expectations… So it’s the film we’ve all been waiting for,  the last extended finger to COVID-caused lack of cinema in 2020 and a follow-up to one of the best Warners/DC universe movies so far produced by a director who has rightly become an A-Lister. So it’s a shame to say that Gal Gadot and Patty Jenkins’ Wonder Woman 1984 feels…well, adequate… like the first draft of a script in which the needed key events happen but the nuance, heart and detail plays second fiddle to post-production spectacle. It’s okay, but not… well, wonderful.

A promising, fun, start sees Diana/Wonder Woman tackle a group of amateurish thieves in a mall and though the resulting rumble is over-the-top and makes little sense of her low-profile/incognito status. There’s an early delight in the wink she gives to a child who’s clearly empowered by the moment.  From then on the basic plot is less impressive…

My late, great friend John Bierly once noted that the problem with Bryan Singer’s Superman Returns was that the title character didn’t actually prove much of a super man in the story, that strong-casting couldn’t overcome the hard truth that the title character was powered-up but stripped of the very qualities that made him so beloved by generations. Wonder Woman 1984 isn’t  as guilty of that crime to the same degree, but neither does it show the Amazonian warrior in her best light. For a film that repeatedly points to the perils of toxic male chauvinism and egregious excess, it pays but lip-service to actual, real female empowerment and consequence. It reduces Diana to a fairly stereotypical character that sashays through a series of unnecessary and impractical wardrobe changes, makes her lose most of the more important battles (and plays several of the rest for laughs) as her powers falter and frankly leaves Chris Pine’s Steve Trevor to watch her back and serve as a better moral compass when it really matters – ultimately making the tough choices she won’t.  Frankly, she’s not the hero of the piece. Equally, after a promising start Kristen Wiig ‘s Dr. Barbara Minerva moves from downtrodden and victimised ‘nobody’ to  someone feeling more confident when people compliment her and she dresses expensively and is able to take charge… and then becomes largely wasted as she shifts again into barely conflicted generic villain territory with plenty of motion-capture ‘apex-predator’ attributes but no redemptive arc in sight.

Pine’s return is a convenient, handwavery factor of the let’s-not-really-explain-the-logistics wish-fulfilment maguffin and it allows more of the great chemistry he shares with Gil Gadot. (It’s a kind of body-swap thing, but that’s not really important despite having ramifications?). Diana has been mourning Steve for decades and never loved again, but that’s largely covered by several photos in her apartment and a ‘I don’t go out much…‘ conversation that doesn’t convey the deeper darkness or heartache. Two-thirds of Pine’s scenes actually turn out to be light-relief, fish-out-of-water sequences (oh, bum-bag/fanny-packs…. how hilarious!) until the later moments he has to call Diana to account for her own hypocrisy. He manages both aspects well, but it all feels like it was written as a quick-fix, contractual obligation and side-show rather than providing the true romantic or angst-filled moments it really should.

Pedro Pascal, late of The Mandalorian, is Maxwell Lord, the villain of the piece but one that the film can’t quite decide whether to paint as an unscrupulous, egotistical Walter Mitty-esque character who believes his own press and Ponzi schemes in an effort to impress his infant son (and so becomes the victim of a tainted, cursed power-boost)… or an existing Lex Luthor-ian wannabee who finally gets his poisoned shot at power and the big-time and takes it. It’s the kind of issue that’s really important to decide early on but looks like was still being argued about in the editing phase with no real winner. Either way, the Donald Trumpian traits are just a little too on-the-nose to be anything but obvious and the result bizarrely succeeds in making the real-life President look somewhat nuanced in his inadequacies by comparison. Pascal, clearly ravenous after two years in a helmet, enjoys eating the scenery and does so with a smile and a sneer, but it’s all rather silly stuff and not a patch on the better ‘What do you desire?‘ riff from Lucifer.

The 1980s era is potentially  a great one to explore in both funny and serious ways, but the film skims across both with obvious visual jokes and references and mostly forgetting to provide context among the stereotypes. Its noting of Middle-East politics is almost offensively lightweight and ignorant in execution and the whole Cold War climax with nuclear-bombs flying through the air should be a edge-of-your-seat stuff, but feels like a footnote to a feel-good-about-yourself speech. The set-pieces in between look good enough in the moment but don’t push any boundaries, there’s one too many montage shots,  a convoy-encounter feels very Raiders of the Lost Ark and the rest feel like the VFX department literally joining the narrative dots once the actors have left.

There’s a lot of useful empowered objects that get thrown into the mix. Diana’s golden armour looks great on the posters but like clunky cosplay in reality and serves no real narrative purpose, quite the opposite. The magical monkey-paw rock that causes all the film’s problems – while never truly defined – is a cross between a less flamboyant Loki’s Mask and a slab of quartz found acting as a discarded door-stop in the production office. (Indeed, the reference that it’s linked to a ‘God of Lies’ steers just sufficiently around Marvel‘s current trademark and upcoming Disney+ show). At the risk of judging it on looks, as magical rocks go, it doesn’t really catch the eye and is quickly transposed into Lord’s human form, not much of an improvement. Our heroine’s ‘Lasso of Truth’ gets an upgrade to an astonishingly high degree as it actually hooks on to lightning and we see Diana learning she can fly (after several decades of being on her own, all it takes is a quick weather tutorial from boyfriend Steve to set her right) and striking a very Christopher Reeve-like pose as she soars through the clouds ready to punch something – possibly the script-editor.

Better in its smaller moments than its tentpole sequences, it seems WW84 is not the last, best hope of 2020 cinema,. it’s just a lazy sequel to a great film. It’s  a couple of hours of uneven escapism, pointing out disagreeable aspects of reality and then letting a superhero kick it into 2021, albeit on a smaller screen and with the crime of no real epilogue. (After the anti-climax ending, it sees no reason to tell us what happened to who, why or when – which is incredibly frustrating for a film that purports to raise the stakes and it all smacks of reshoots or apathy). Finally, a quick mid-credits scene – which is meant to be wistful and nostalgic but is neither – comes close to pushing all the wrong buttons).

Go in wanting silly fun, you’ll get it. But we expected something more from the proven track-records of both Gadot and Jenkins (the latter of whom has just signed on to direct the next major Star Wars movie) and one wonders why we didn’t get it this time. WW84 is not an Amazon in her Prime, hopefully just a placeholder for better things to come… 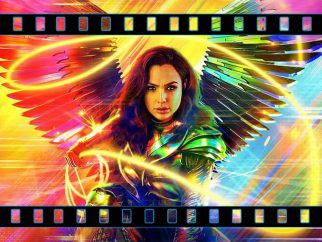