Cassie Bowden (Kaley Cuoco) is the kind of young lady who manages to juggle, if not always elegantly, the high-flying life of a flight attendant. Happy to serve drinks while in the air and drink until dawn when on the ground, she’s a whirlwind of far-flung cities, one-night stands and hazy recollections of the moments in between. When, one one fated flight,  she breaks her own rule of not hooking-up with passengers, she enjoys a night on the Bangkok scene with businessman Alex (The Haunting of Hill House‘s Michiel Huisman) and it’s all well and good, until the morning when she wakes up next to his dead body. Unsure of what happened – and aware that she’s in a part of the world where you really don’t want to get arrested – Cassie panics. She tries to erase any evidence she was ever in the luxury hotel room and races back to catch her flight – her fellow crew-members aware that’s she’s off-balance, but putting it down to another night of partying.

But when the murder is uncovered and the FBI get involved, it’s clear that Cassie isn’t free and clear – and the FBI are increasingly suspicious of her behaviour.  But even as Cassie tries desperately to remember what really happened and overcome her traumas old and new, the realisation sets in… if she didn’t kill Alex… then who did?

A young women born to party but with enough charisma and good humour to get her through, initially resisting but succumbing to the charms of a more cerebral guy who shows interest in her but causes major complications thereafter… oh, yes, it’s not remotely difficult to understand why Kaley Cuoco was attracted to the role of Cassie Bowden in HBO Max‘ new dark, comedic drama The Flight Attendant (and for which she also receives credit as an executive producer).

Though Cuoco is already a veteran actress at the age of 35, she will always be associated with The Big Bang Theory and Cassie is definitely a blood-alcohol relation of that sitcom’s Penny… perhaps a slightly darker, less punchliney multiverse version where she pushed herself a little harder and ended up travelling the world and taking in its duty-free, stop-over benefits rather than the Cheesecake Factory menu… but then waking up next to a dead body…. well, bazinga!

Cuoco treads familiar territory well enough, drawing on that  likeability factor with a line in ready-made snark. The supporting cast, all characters with secret dilemmas of their own, play their parts with gusto.  Rosie Perez, T.R. Knight and Zosia Mamet offer varying degrees of sage advice, but the plot essentially pivots around Cassie’s self-inflicted bad luck (and some unlikely good luck) in working her way towards daylight and answers while struggling with demons of the recent and not-so-recent past. Michelle Gomez (Doctor Who, Sabrina the Teenage Witch) appears in the credits of the pilot but is only blurrily glimpsed in the opener. She’s more active in the second episode  – still with a handful of lines and a gravity-knife – but as much as Kaley is on familiar turf, Gomez is also continues playing to type and the familiar (if enjoyable) ‘arch-eyebrow’d villain’ motif, once again with her own Scottish brogue.

But the series, at least from the pilot (which HBO Max launched early online before formally releasing the first three episodes this week) seems to be exactly that – an on-point high-concept story with specifically-suitable casting that wobbles along a hangovered line that’s neither full-on drama nor comedy and fills in the gap with snark. That doesn’t mean it’s bad – far from it, there’s definitely a guilty-pleasure hook and sufficient intrigue to have audiences returning to see how the maelstrom of bad-decisions plays out – but whether it ultimately satisfies as a complete package… well, your frequent-flyer mileage may vary. What might have worked far better as a more briskly-paced cocktail of a  feature, tends instead to meander along with a casual bar-hopping stagger that ultimately wants you to order an aspirin and a cab.

The set-up of chaos in the wake of a murder is fine and has been a staple for many a drama in one form or another – and this feels like a surreal Sex and the City: Homicide Division.  However, the likes of Amanda Knox and her 2007 murder trial/acquittal in Italy being repeatedly and uncomfortably cited as punchline reasons not to be abroad and tangled up in murder (a salient point being that many Americans consistently see Knox as the real victim of that murder/extradition case – despite being under reasonable suspicion over the fact she changed her story of events several times – and something of a celebrity…while they would be pushed to remember the actual name of the person she was accused of murdering) are wholly misjudged for a non-domestic audience.

The Flight Attendant is fine but familiar, hitting some overt targets and missing others, relying a little too much on the good faith of its viewers for its cast. It’s premise is okay, but the question will be whether, after all the turbulence, it can stick the landing? 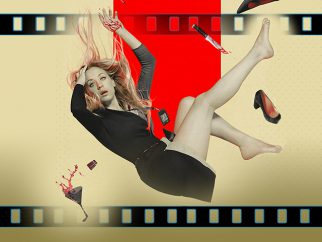