Star Trek: Discovery is back in October and there's a new trailer and bigger promo-art to promote it...

With just over  a month until the third season of Star Trek: Discovery, CBS All Access have released a final trailer for the returning show, debuted as part of ‘Star Trek Day’ (See the full panel here)

We left the show with the Discovery having entered an unstable time/wormhole in the wake of their battle with AI baddies and being propelled hundreds of years into the far future. Though much of the specifics of the upcoming stories remains unclear, we do know that in that future the Federation appears to be no more and is considered something of an urban legend. Michael Burnham (Sonequa Martin-Green ) and friends (old and new) must find fill in the blanks and learn why event happened the way they did (what was ‘The Burn‘?). The trailer itself is full of ‘triumphant’ moments, including fights, friendships and  the traditional teary-eyed speech from Burnham.

Also released is a hi-res version of the third season promo art from which we can tell two things at least… that the crew are reunited in that desolate future and that Michelle Yeoh and Mary Wiseman both appear to have had rather bizarre neck surgery, a la the equally unlikely photoshop work of the Tomb Raider variety. 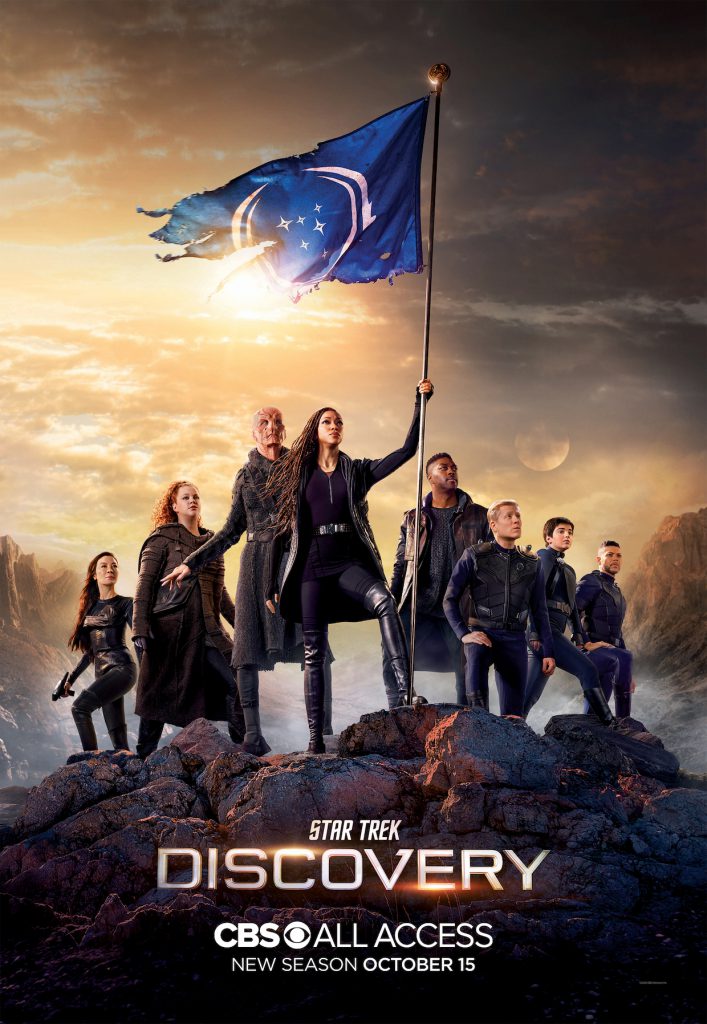