OVERVIEW: Judging HBO’s Perry Mason – That was then, this is noir…

HBO's Perry Mason is a beautiful show but one that often felt like the legendary lawyer in name only...

Los Angeles, 1932: When a child is stolen and a ransom demand at the iconic Angels Flight goes horribly wrong, the police and the public demand swift and extreme justice for a dead child. But a web of lies, deceit and duplicity cloud the issue and lawyer E B Jonathan (John Lithgow) is enlisted to defend the child’s mother Emily Dodson (Gayle Rankin). from a system determined to send her to her death.  EB’s trusted, if not always scrupulous investigator Perry Mason (Matthew Rhys) is persuaded to bring his ‘skills’ to the case, but the already weathered Mason is dealing with personal problems of his own.

As the case gets more desperate, somehow linked to the evangelical ministry of Sister Alice McKeegan (Tatiana Maslany)  it becomes clear that a killer lurks within the police department itself. EB, his secretary (and right-hand woman) Della Street (Juliet Rylance) and Mason find it harder to prove their case and black police-officer Paul Drake faces prejudice and threats as he uncovers new evidence.

There are times when you wonder if there were  specific ideas circulating in the creative air, especially in the period-drama shows that have made such recent good impressions this year. Certainly the Sister Alice character (based on a controversial real-life holy preacher of the era  Pentecostal evangelist Sister Aimee Semple McPherson) portrayed here by Tatiana Maslany, mirrors the Sister Molly character played by Kerry Bishé in Penny Dreadful: City of Angels (also based on the same person) to the extent that the Perry Mason crew must have been gnashing their teeth in frustration at being second out of the gate.  Also the killing of a baby in a class-ridden society that closes ranks and looks down on any less-than-perfect mother reflects certain grisly elements in The Alienist, finishing it current second season on the same night.

But though there were touchstones throughout, this was  show that never felt quite beholden to the titular character and the legacy of Raymond Burr’s iconic portrayal. Despite high production values, great performances and a compelling story through most of its run, there will be few mainstream Perry Mason fans that recognised the hard-drinking, hard-womanising, absentee father, down-on-his-luck investigator that starts the run and only glimmers of the legendary lawyer as he changes tracks into the legal profession. But in a reboot/re-invention with nudity, swearing and graphic violence  it’s only fair to note that Erle Stanley Gardner – who began writing the Mason stories in the early 1930s and continued for over forty years, making it one of the most successful literary franchise’s in history – never went into any great detail or confirmation about Mason’s pre-law background and many of the earlier works differed distinctly in tone from the television format that ultimately cemented Mason’s popularity. Indeed, there’s an argument that the HBO series reflect the original intent in tone – if not exact content – and through a comment made to the lawyer in one of the early novels, 1935’s  The Case of the Caretaker’s Cat: “You’re a better detective than you are a lawyer. When you turn your mind to the solution of a crime, you ferret out the truth…”

Playing the titular lawyer, British actor Matthew Rhys is strong as a grim gumshoe character who wants to have principles but far too often succumbs to his own worst inclinations, except when pushed and, then forced by circumstance to take over from his sometime-mentor/benefactor lawyer  Elias Birchard ‘E.B.’ Jonathan (an always reliable John Lithgow) halfway through. He ultimately finds the inner strength if not always the evidence he needs to rise to the occasion and it’s fun to watch him get there. Juliet Rylance is often scene-stealingly great as Della Street, retaining the formidable backbone the character has had in many incarnations, but here given a concrete reason for never having got together with Perry despite an obvious affection and bond.  Chris Chalk as officer-turned-investigator Paul Drake has to contend with the prejudices and oppression of the era’s police-force against people of color in a similar way as Daniel Zovatto’s higher-ranked Tiago in Penny Dreadful: City of Angels). Shea Whigham as Perry’s friend and fellow investigator Pete Strickland is also fun to watch.

That being said, after a series that found confidence in each passing step and a quality production to back it up, the final episode of the first season (recently renewed for a second) may well have proven a disappointment for many in the way it wraps up the case – or doesn’t – leaving many unanswered questions and with a verdict that won’t really satisfy either side. It felt like an anti-climax… as if the production had suddenly lost interest in its carefully-constructed edifice and was, instead, just moving the familiar characters of Mason, Della Street and Paul Blake into place before adding an arrangement of the original show’s classic theme over the credits. (Penny Dreadful: City of Angels occasionally had the self-same problem of forgetting it’s main case and there’s always a danger if a production has compelling characters in search of a better resolution, but overcame it – instead Perry Mason succumbs. albeit in style). Anyone looking for a neat ending or even a ‘to be continued…‘ pause would be frustrated by a ‘closure’ that fell between those two posts. There would be no classic final ‘Perry Mason‘ flourish in the courtroom (though the finale teased such with a scene that turns out to be an imaginary takedown of crooked LA cop Ennis – played by the versatile British actor Andrew Howard – as the team plan their courtroom strategies) nor key explanations (where did baby Charlie’s body go?). However, one of the later scenes sets up where the second season may start, on more traditional territory with – according to the production – some possible links to the first Perry Mason book by Erle Stanley Gardner The Case of the Velvet Claws.

Ultimately, HBO‘s Perry Mason is a quality series, with praise-worthy tone and performances and an ambitious sense of period that works well… all making it worthy of your time – but it’s actually good and earnest enough that it  might have worked even better without using the Perry Mason moniker to make and market its character-driven case… 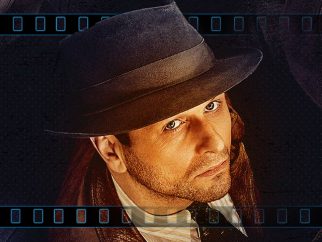 Terra(byte) Firma: A third ‘Tron’ movie is in the works…