Netflix's impressive 'The Old Guard' is Highlander for a post-Expendables generation...

An elite group of mercenaries carefully pick the missions they take – judging them by their moral imperatives and the good that can be done in the world. Despite reservations from their leader Andy (Charlize Theron), they meet with an ex-CIA operative named Copley (Chiwetel Ejiofor)  and are persuaded to help free a group of school children being held hostage in Morocco. It turns out that the mission has a far different agenda and the team are gunned down when they enter the designated enclave. But that’s not the end of their story, merely the middle. Andy and her team, Joe (Marwen Kinzari), Nicky (Luca Marinelli) and Booker (Matthias Schoenaerts) do not die easily – in fact they’ve been alive for a lot longer than most suspect.

Realising they and their immortal nature has been compromised, the team escape but en route to tracking down Copley, they sense the presence of a new Immortal suffering her first ‘death’. Andy decides to intercept the revived soldier Nile (KiKi Layne) to guide her through her new state-of-play, but elsewhere corporate wunderkind John Merrick (Harry Melling) now has proof of the Immortals existence and demands that Copley bring them all in.

Both Andy and Melling’s respective purposes  are the kind that are far easier said than done – indeed, they prove to be a matter of life and death… and with the Immortals wondering if they’ve ever really made a difference, the time will come to decide what and who is the most important…

Charlize Theron is an Academy-Award level actor who’s completely willing to throw herself into lighter, frothier and more mainstream material with the same amount of commitment and enthusiasm. Not every film deserves her, but she has a unarguable screen presence – obviously strikingly beautiful yet willing to forego that as necessary, effortlessly dynamic in physically demanding roles and more than capable of handling the quieter and more subtle emotional weight as needed. Even in some of the notable misfires that are scattered through an otherwise impressive and disparate career to date , she’s still often proven to have been the best thing in them. In that sense, she was never going to let The Old Guard down. Adding another butt-kicking warrior to the more kinetic side of her resume resume,  Theron’s Andromache of Scythia (‘Andy’ to her small circle of friends) boosts her action-credential impact ultimately rising far above her Aeon Flux, has more heart than Atomic Blonde and falls a little below her landmark Furiosa in the Mad Max reboot.

Based on the original graphic novel  (because, today, what isn’t?) by Greg Rucka (who adapts the material himself), the winning pitch for the film adaptation was probably: Charlize Theron meets Highlander meets The Losers. The Old Guard would seem like the dictionary-definition of a sure thing and cinematic catnip for any self-respecting studio and if the result – streaming on Netflix from today – doesn’t push any boundaries or carve a brand new niche as it might have done cinematically, then it at least provides an assured couple of hours of solid action with pace and breadth and with enough content to create a bucket-load of popcorn and the possibility of a new franchise.

Theron’s weathered warrior, who recognises her own strengths and weaknesses (her efficiency as a killing machine and her historical failings in losing touch with some of her deeper humanity) works well and Kiki Layne’s Nile is strong as the counterbalance, a capable soldier adjusting to a new way of life and death and who prefers to avoid conflict but can handle herself when it’s necessary). Though Theron is the star and Kiki Layne is the newcomer to watch – both of them shouldering the in-your-face action of the piece – the small crew of Immortals are also well-established, particularly the relationship between Marwen Kinzari’s Joe and Luca Marinelli’s Nicky. A superior film always knows when to take a breath from its action and does so here, giving you clues to deeper characters. It’s in such a moment that Joe and Nicky’s deep bond and love for each other is celebrated. While some films might have resorted to simply a pithy one-liner, Joe’s calm, emboldened rebuttal of an enemy soldier who mocks their love is perfect in its absolute sense of being and helps the script lift higher than expected in the moment. Matthias Schoenaerts and his ‘Booker’ carries the pain of the things he’s lost as much as gained, having never quite recovered from watching his own children die, with them wrongly believing he could save them and hadn’t.  Like the Highlander television show that hadthe time to explore such angles, this is a project that knows its action obligations and supplies them with decent choreography, solid close-quarter combat and gun-play but is just as strong in mining the human drama and theological queries offering both the ideas of a weathered existence in a God-less universe and yet perhaps a deeper pattern of purpose and fate. And blows up things!

Chewietel Ejiofor (Doctor Strange, Serenity, Kinky Boots etc) is set up to be the main calm-and-collected bad guy and plays such accordingly, though the script has second-thoughts on the matter as we get to the third act and see  Harry Melling’s Merrick, a young corporate hot-shot, as the real danger. Melling (Harry Potter, The War of the Worlds) as Merrick is the one misfire here: a one-note uber-capitalist character who feels like he’s wandered in from a far more cartoony venture and it’s baffling just how many chiseled-jawed mercenaries seem to jump at his every command.

The good news is the production has maximum fun within a familiar template. There’s the right amount of mythology, filling in some conceptual blanks but leaving room to maneuver if further chapters are made. (Perhaps longer and more nuanced flashbacks than the limited ones on show would have enrichened the experience, but at least all the established Immortal characters feel as if they have something to offer and Layne’s Nile holds promise). Some of the credit for the quality must also go to the perhaps unlikely director Gina Prince-Bythewood (Love & Basketball, The Secret Life of Bees and Beyond the Lights) who takes the opportunity to tackle a new genre and ultimately recognises the calls and balancing act of incorporating character and carnage and letting the result and ethical dilemmas rise to the surface.

Better than the Expendables and Highlander movie sequels from which it can trace some of its heritage, The Old Guard isn’t perfect, but it is a solid, audience-pleasing movie, the kind that Luc Besson used to make before more uninspired recent offerings. It’s also easy to perceive The Old Guard film as an extended, high-budgeted pilot. If and when the Highlander remake goes before the camera, everyone involved could do worse to seeing this movie and what it gets right… 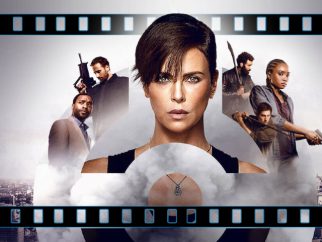