As Magda makes promises of power to her men, it's the maternal instinct than may have the biggest impact...

After recent traumatic events, Tiago is glad to be back in the arms of Molly. The original murder case may have been tied up – albeit with the wrong culprit – but Lewis reminds Tiago that he owes him and demands his help in finishing off the local Nazi threat once and for all. However before they can act upon it, it becomes clear just how far the Third Reich’s tentacles extend into the LA community.

Magda, in the forms of Elsa and Alex, promises the men she controls that they are destined for greatness, but with Maria Vega’s family all feeling the machinations of Magda and Santa Muerta’s stand-off, can the beloved mother protect her own loved ones and hold both the unearthly forces to account?

From last week’s fraternal offering, we now have the maternal variety. Maria  (Adriana Bazarra) has been that tower of wise words, faith and support through the series to date, the kind of beloved mother figure who hugs, kisses and then thwaps you upside your head for being disrespectful. Arguably more morally consistent and uncompromised than almost anyone else, she’s been something of a bystander and she hasn’t been at the forefront of events… and that changes with this episode. We’ve seen her unique connection to Santa Muerta before, when she appeared at the shrine, but this episode is the first time when Maria has felt important to the over-all picture. She’s the only regular character who seems able to comprehend both Santa Muerta and Magda in their true forms (though it’s not clear if she recognises Elsa as such) , seemingly in awe of the saint and despising the sister – but so strong in her faith and resentful of her family being used as pawns, that she’s able to give both of them a hard time while not being afraid of their innate power. One suspected her overt challenge to them would lead to her demise but as of the end of the episode she still seems to hold some sway.

One of the other key scenes that will undoubtedly get widely scrutinised sees Alex and  Beverly Beck (Christine Estabrook) have a confrontation about her plans for Townsend. 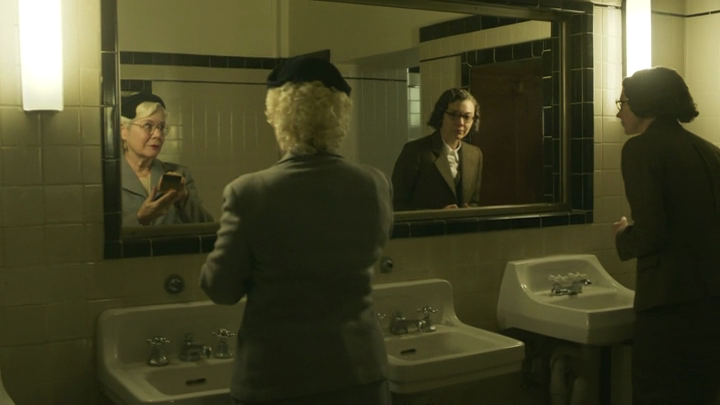 “You’re going to make him mayor?”

“I’m going to make him President…”

“You’re going to make a racist demagogue without a single scruple the President of the United States?”

“That’s exactly what I’m going to do…”

“And who’s going to vote for him?”

“Every angry man or woman who feels that you and Mr. Roosevelt have betrayed them…oh, you’ll keep the support of all the Jews, the coloured, all those people of ‘worth’, we’ll take everyone else, thank you very much…”

While dramatic and compelling it’s impossible to ignore the dialogue as anything other than a slam at more contemporary woes and your mileage will vary as to whether it’s too blatant and on-the-nose or simply a warning note from history on how political machinations and ambitions can propel anyone into office with the right backing. It’s also echoed in the promise that one of Magda/Dormer’s other personas, ‘Elsa’, makes to Peter Craft… that she will make him ‘an important man the world will watch…‘). Once again, Dormer, doing some of her best work, excels as she glides between personas.

Elsewhere, the episode is fairly even-handed, giving sinister moments to all the main players (even the child-actors  – Santino Barnard as Frank and Julian Hilliard as Tom –  get in on the quality delivery with a truly chilling scene involving a hamster). But it’s in a key restaurant scene, seen from the exterior of the establishment, that some of the season’s threads indicate they could be coming together. Lewis and Tiago are about to exact some retribution on the main Nazi players, revenge for the loss of Lewis’ friends, but are stopped when they see the German businessmen joined by Townsend, Alex and Amy Madigan’s Miss Adelaide – an unholy alliance which means they’ll have to investigate those connections before acting. Quite what the wider arrangements and plans are are never heard, so only time will tell.

There’s a feeling that with only three episodes left to go and all the major players in motion, that the series is beginning to pivot back to including the supernatural elements – though hopefully not at the expense of the inter-personal intrigues. Unlike some anthology shows, it’s not entirely clear how much will be wrapped up and if the same characters could continue into another season or the same story will be extended out. So far, while uneven in its pacing, it’s been consistent in its quality, production values and performances and there’s very hope those will continue be on show for the next few weeks. 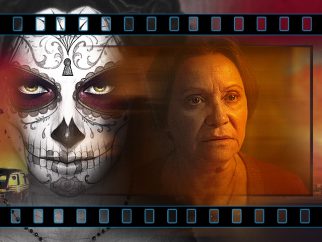