The City of Angels' version of poker turns up the heat for a cooler...

Lewis and Tiago bring Diego to the station for the murder of Officer Reilly and it’s not long before many of the other officers want to ‘extract’ a confession in their own manner, even if they have to go through Tiago to do it. But their Captain gives the detectives a short amount of time to do it the ‘gentler’ way. However Diego thinks he holds the upper hand, realising quickly that Lewis has no idea Tiago’s brother Mateo is the real killer. Diego offers Tiago a deal but says that he’s more than willing to tell Lewis the truth if he doesn’t comply.

Across town other power-struggles are taking place for the hearts, souls and futures of key Angelinos but it seems more than likely no-one is going to get exactly what they want – or not without a price…

Anyone watching this week’s and previous episodes of Penny Dreadful: City of Angels would likely have been disturbed by the overt racism shown by many in the Los Angeles police department circa the late 1930s, the casual way in which race and class are used to verbally and physically degrade Mexicans, Hispanics and others. Such behaviour was hardly out of the ordinary at the time, especially with the world on the brink of another war, but America not yet involved. But in the wake of the George Floyd murder by a police-officer on the contemporary 2020 news and the subsequent demonstrations, the whole atmosphere of vitriol and violence that permeated the fictional story held all too scary relevance in the real world. The Penny Dreadful variety may have been more unapologetically overt, officers of the time safe in the knowledge that few would have to justify their actions to their peers and colleagues – or preferring to ignore it – but it’s impossible not to draw a meandering through-line to the allegations of endemic racism that may still haunt the department seventy years later – even if a majority of modern officers are respectable, brave and decent people.

An interrogation room is always a good place to situate a tight-knit drama and the questioning and manipulation of – and by – Adan Rocha’s Diego provides a stylish cat-and-mouse game of desperation between the man that half the station wants to tear apart and the two cops on the other side of the table. Rocha, along with Daniel Zovatto’s Tiago and Nathan Lane’s Lewis provide the spine of the episode and its something of a masterclass in dynamics. Each character has their own strengths and cards to play (or keep hidden) and it’s a poker game that they all begin to realise will have no winners, just degrees of loss.

Roxann Dawson, a director of note who has come a long way since her acting days as B’Elanna on Star Trek Voyager, helms ‘How it is with Brothers‘ with grace and style as a tough but important episode. We’ve previously noted that the social machinations of the show have taken centre-stage rather than the more supernatural elements that are encouraging them. This episode is almost devoid of demonics with Dormer only appearing in one sequence (as Rio) and if you hadn’t been watching previous chapters, you could easily have mistaken this entry for conventional period drama (admittedly of a high calibre). It’s more about the evil men do, the justifications they make for it and the harder, moral complex decisions that tug on loyalties. The moral conundrums, reversals, dead-ends and desperation hang in the air like rancid sweat and you can feel the turmoil in the hearts of the main characters. Tiago is torn between his duties as a police-officer, his loyalty to his brother, his friendship with partner Lewis and the compromising consequences of every action he might take. Throughout the episode he twists one way then another, hating himself as much as the people around him.  Lewis himself, so admiring of Tiago’s struggles, is intuitively methodical in piecing the truth together, feeling betrayed by his partner’s silence… but also by the department that is more eager to close a murder investigation than solve it. In fact, in the way that the various threads (including the neglected murder investigation that kick-started everything) are pulled together, not neatly or fairly, but to bureaucratic satisfaction and to put a public face on justice being done, is quite deftly, if cynically handled.

There are segues elsewhere as Peter Craft (Rory Kinnear) seeks to leave his wife Linda (Piper Perabo) behind in favour of Elsa (though she’s having none of it), Molly (Kerry Bishe) seeks to extricate herself from her mother (Amy Madigan) and Mateo (Johnathan Nieves) is forced to choose between his new friends and his mother, but these are all interludes, despite being important moments to their characters.

If it still feels as if show-runner John Logan has promised a supernatural drama with the infamous ‘Penny Dreadful‘ moniker and performed a bait-and-switch… instead delivered a history lesson about power, then at least it’s timely and it produces a great ‘character’ episode. Of course, the story itself isn’t over – we’ve several more episodes and a lot of characters in play and there’s no certainty the fates will be swift, kind or complete by the time the season is done… 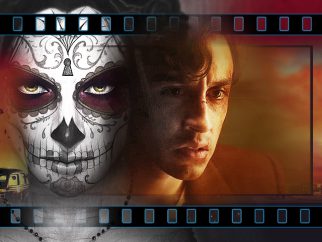