The third season of HBO's acclaimed original-synth drama draws to a potentially-apocalyptic close... but at what cost?

Caleb retrieves Dolores’ central orb and, following Solomon’s endgame instructions, journeys into the city where he finds another one of her units and attempts to revive her.  Serac has also retrieved Maeve, none-too-pleased with her failure to stop the attack on Solomon.

As the world continues to fall into bloody chaos, the streets littered with gangs and bloodshed, Caleb starts to question his place in the world and the elements of his character that make him useful to Dolores’ plan. Is her aim to bring down humanity for the sake of the Hosts or not?  A final confrontation between all parties is inevitable as a last effort to reprogram Rehoboam is attempted, but who are the real puppets and who will finally have their strings cut – and at what price?

An extended running time for Westworld‘s Season Three finale was a mixed blessing allowing it to be – as it so often has been – a mixture of glorious spectacle, stylish posture,, philosophical over-indulgence.

Ninety minutes might have been enough to answer some of the pertinent questions that have been perculating through the season, but given that the show ultimately preferred to pay-off the run by doubling down on its existential musings of existence, the best we got was some startlingly expansive and expensive set-pieces, a climactic confrontation and fitting farewell to a major character… and a likely  shoe-in nod for the VFX department next awards season. Still, collectively not too shabby at all.

Ably directed by Jennifer Getzinger, the downtown LA riots/carnage shots look as if they’ve been prepared for a big-screen outing (again, a Christopher Nolan touch to that) though if it’s only been a day or two since Dolores released the security-files across the world, then it seems people managed to manufacture signs and posters in double-quick time. The crowd scenes are manic, the lighting dramatic and there’s a palpable sense of chaos throughout. Even as we rise above the bloody streets in a shot that screams Blade Runner again (without the product placement) we’re left in no doubt that the world is burning. At least until the next story-arc arrives.

The confrontations between Maeve and Dolores were more well-choreographed combat, fine in execution and spoiled only slightly by the fact that we got a similar treat last week and therefore there was a touch of familiarity and repetition. As is remarked during the episode, death hardly seems final any more and that robs the stakes of needed drama (there isn’t a single ‘death’ that can’t be undone should the showrunners wish and no actor is necessarily written out when their battery dies). This time our in-conflict heroines they also had to dodge bullets, fired with that stormtrooper-level of inaccuracy, but Taekwondo expert Rachel Evan Wood proved her skill with some of the moves when it came to relieving them of their pulse and pulse-rifles. However the latter half of the season hasn’t served Thandie Newton that well. Where once her character was a dynamic leader, a provocateur and revolutionary, she was largely turned into Serac’s lapdog, stylishly going on missions to thwart Dolores with her newly-acquired action-figure katana as if she’d stepped out of a templated Luc Besson film. But while she shakes off those shackles in the final moments of the finale, it’s so overdue that it produces a ‘Why didn’t she do that sooner?‘ reaction rather than a sharp intake of breath. She decides that finding her ‘daughter’ will wait until another day, but it feels like she came to that decision far too late for anything other than artificial narrative-arc pacing issues. Frankly, for a character so ruthlessly clever, she’s been little more than a puppet herself.

This might or might not be Wood’s swansong – Dolores sacrificing herself not to bring down humanity but to – in her own mind – set it free, allowing free will to possibly establish a world in which Hosts and humans might thrive. Wood delivers the moment well. Dolores’  final thoughts, shared with Maeve, are that despite  the ‘violent delights have violent ends’ maxim that’s haunted the show, Dolores chooses the beauty to remember to the last, that if they were built to experience beauty, then humanity must still have it inside them too. It’s an uplifting message in what’s sometimes been a nihilistic experience.

Aaron Paul is always good though he’s largely been forced to walk through the season with a confused look on his face. There’s no real surprise that there was more to his character’s  history than met the eye – though it still remains questionable how soon Caleb was a part of the bigger plan rather than the original blueprint Dolores conceived. We ‘learn’ that Caleb’s strengths are not in his ability to commit acts of violence, but to make good choices where possible – though he was forever following others’ instructions throughout. We do see a decision where he decided not to rape a bunch of hosts during his original soldier-training (one was Dolores) which seems a heavy-handed way of sketching out his moral code – not raping people in itself is hardly a conclusive sign you’re the potential saviour of humanity.

Luke Hemsworth is little more than cannon-fodder but Jeffrey Wright’s Bernard gets one of his best scenes of the season (though that’s grading on a curve given how much exposition he’s had to provide) as he meets Arnold’s widow (played in good old-age make-up by Gina Torres), whom he originally believed was his own wife until his Host-existence was revealed. It’s touching, poignant and works well in and of itself, talking about the things that we hold on to to motivate us, but though well performed, it’s also a pace-killer in an already over-packed episode. Ed Harris’ William reaches the end of his human journey, though it looks as if the actor will still be around as his ‘Man in Black’ counterpart, but his arc has been less effective, mainly walking around in a daze, growling at others and questioning his place in things. Though Harris is a veteran performer presenting an excellent, grizzled persona,  the character itself was far more interesting when Jimmi Simpson played the younger role back in Season One.

But as the credits rolled – or more accurately after several key epilogue scenes that took place after the credits for no good reason – there was still the feeling that this season was a mess on a narrative level, far too pleased with its own prestige to make sure the audience was keeping up with proceedings. Littered with cameos from previous characters that made no real sense except for brief crowd-pleasing ( Clifton Collins Jnr. this week, Angela Sarafyan and Tao Okamoto last week), there’s a sense that logic isn’t the driving force to proceedings. The extreme shift in gears from Season Two never helped, but while previous runs have played with continuity and perception to keep the audience wrong-footed, this run was conventionally paced with few actual surprises and simply solidly placed in the deeply-complex philosophical:  even big-screen spectacle couldn’t hide the fact that characters overtly  in search of their bliss makes better off-broadway arthouse fodder than primetime cable.

However… if Westworld  is ultimately an ambitious show that’s twice as stylishly as it thinks it is but only half as clever, it’s still smarter than most current offerings, asking far more of its audience than any show on primetime.

*ERD – An entity-relationship diagram (ERD) is a data modeling technique that graphically illustrates an information system’s entities and the relationships between those entities. An ERD is a conceptual and representational model of data used to represent the entity framework infrastructure. 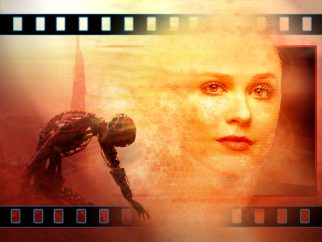 Next ‘Star Wars’ Confirmed: Now it’s hurry up and Waititi…