'Passed Pawn' is heavy on exposition but delivers on action - with some familiar concepts being played out...

Dolores and Caleb continue their search for the original ‘Solomon’ computer in the hope that it can instigate a blueprint to save both artificial and human life in the wake of Rehoboam’s profiles being released to the world. Dolores sees it as the only way to assure her own race’s survival but to do so, she must make Caleb confront the sins of his past and expose how he has been manipulated.

However Maeve is closing in on their location and a confrontation between the two hosts and all the tech they can control seems inevitable… who will turn out to eb pawns and who will win the checkmate?

I’ve repeatedly drawn comparisons between this season of Westworld and Jonathan Nolan’s previous show Person of Interest, if not in the extended-budget then certainly in the themes of AI, social controls and predestination. More often that not it seems the show’s creative direction has moved away from the more specific idea of ‘robots wanting to be human’ that was the cornerstone of the original Michael Crichton theme (and the crux of the first season) to a full-on unapologetic examination of humanity’s relationship with control of / being controlled by computers. There’s a clear brdige between the two ideas, but in hindsight it now seems that Nolan’s blueprint for the show was a  framework to actually tell a more ambitious tale – and it feels he’s unapologetically used Westworld to finish the fuller POI tale that its cancellation curtailed.

And it’s never been more clear than in Passed Pawn an episode that feels more like Person of Interest: The Next Generation more than Westworld or at least a limb of the same tree.  Here we have an episode based around rival AI machines, Solomon and Rehoboam  (both designed to bring uniformity, but the original now instigating chaos) separate teams working against each other to ensure the supremacy of only one of them and the actions of ‘humanity’ perhaps key in the outcome – or irrelevant.  There’s even a key appearance by the ever-reliable and versatile Enrico Colantoni (Elias in POI) as the captured agitant that originally made Caleb question his reality.

We’ve long suspected that Caleb’s memories were either artificial or manipulated for the machine-dictated greater-good… so this is less of a shock than it might have been. Indeed, anyone who didn’t suspect that Caleb not only had a secret past but likely killed the very best friend he mourns was probably way behind the curve on a show that likes to play with perceptions. Aaron Paul does shocked disbelief well – mainly through looks of angry confusion – but it’s all fairly exposition-heavy in delivery and presented in a way that somewhat undercuts the sheer, depressing horror of how easily people can be manipulated by both money, self-interest and simple text messages  (a Milgram Experiment for the smart-phone generation?) Equally, Bernard’s assertion that Dolores’ whole master-plan doesn’t just involve Caleb but IS Caleb is a little less safe in its foundations. Given their meeting was an accident (after Dolores was shot and Caleb found her in the alley) it feels like narrative retro-fitting to suggest this is less ‘pre-destination’ and simply Dolores improvising as she goes along. It’s easier to suggest Caleb might be the plan NOW but  that raises questions over how Dolores would have designed and executed her complex plan originally. Of course, we still have the finale to go and Westworld has a tradition of throwing its 4D-printed chessboard and pieces in the air…

But the episode does have some significant  ‘Host’ conflict.  At the very start we have an impressive night-club scene involving two newly-minted versions of familiar faces (Angela Sarafyan’s Clementine and Tao Okamoto Hanaryo taking out Hiroyuki Sanada’s Musashi at the behest of Tessa Thompson’s Charlotte. It’s the first of two face-to-face battles and arguably the better one. We’ve been waiting to see a real confrontation between Dolores and Maeve for more than a season and it’s fun to see them do more than circle each other. The long-awaited fight sequence is decent (Wood is actually a black-belt in Taekwondo), though it often feels like a choreographed dance than just the knock-down battle we wanted. But in a face-to-face where both intelligent Hosts should know they’re being manipulated and that a ‘battle-to-the-death’ serves no-one but their ‘masters’, it’s a combat situation that doesn’t make a lot of sense to continue, however fun to watch.  The ladies both use drones/automatic rifles as assistants… but it’s noticeable that the flying gizmo (that had its own set-piece earlier demonstrating their awesome precision even around corners) is suddenly the equivalent of a storm-trooper, conveniently missing far simpler shots. Having said that, one of the drones eventually inflicts some serious arms-reduction on Dolores that’s rendered well and Maeve’s ‘battle-suit’ seems ripe for an action-figure variant. That it’s conveniently cut-short by the Dolores’ initiated shutdown seems a little of a cheat and a forestalling of their fate.  It’s clear that Nolan and Joy wanted this set-piece as punctuation to their bigger tale rather than what would otherwise have been a narrative climax.

(We also get some Bernard / Stubbs / William scenes, but Jeffrey Wright has been criminally under-used this season, Luke Hemsworth’s Stubbs has been little more than light relief and Ed Harris’s side-story seems problematic and dislocated from the main plot).

In any other series this would have been an ambitious pay-off on a directorial, set-piece, answers-please level, but for the graded-at-a higher-standard Westworld it’s not quite everything it could have been. There’s one episode to go in a season that’s been extraordinary to watch on a visual level and thought-provoking on another, but has never felt it had quite the connective tissue to join the themes together organically. The trailer for the finale promises that the Maeve/Dolores confrontation isn’t over, though one wonders if there’s more agendas being planned between them as much against each other. With a fourth run now confirmed (though, given the show’s long production schedule and the current problems with COVID-19, it’s anybody’s guess as to when that will arrive), it will be interesting to see if Westworld will flounder or flourish with the wider universe it now seeks to navigate… 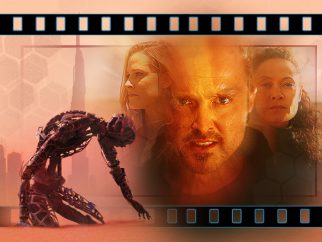 Highlander: During COVID-19, the cast are Holy Ground-ed…